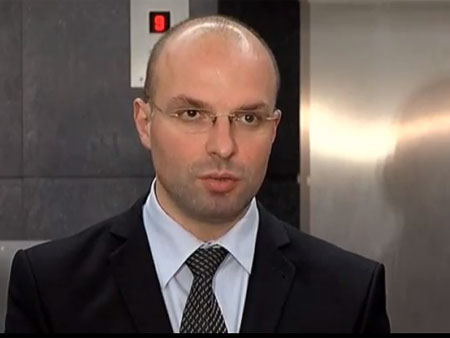 “There is no legal basis to use a term different from the “dividing line,” as it was established by the former President in 2010.”

On 26 December 2013, the Parliament discussed the amendments to the Law of Georgia on Higher

On 26 December 2013, the Parliament discussed the amendments to the Law of Georgia on Higher Education. The discussion was followed by the argument between Shalva Tadumadze, a representative of the government, and Chiora Taktakishvili, a member of the Parliamentary Minority. The abovementioned amendments concerned the funding of the education of the population residing in the bordering villages of the occupied territories. Chiora Taktakishvili was demanding the replacement of the term “dividing line” with the term “occupation line” in the draft law. She addressed Tadumadze with the following question:  “What is the argument of the government for refusing the opposition’s initiative about replacing the term “dividing line” with the term “occupation line?”

Shalva Tadumadze responded that:  “In 2010, the President’s resolution legally introduced the term “dividing line” in respect to the conflict zones. Afterwards, the Parliament adopted the National Security Concept in 2010 which also used the term ‘dividing line.’ The same year the Parliament adopted the Law on the State Budget describing the methods of funding certain activities in respect to the ‘dividing line.’ The Law on the State Budget of 2012 applied the same term. Therefore, there is no legal basis to use a term different from the one established by the former President in 2010.”

Taktakishvili responded to the government representative with the following remark:  “It would be admirable if you showed such dedication in fulfilling the President’s other orders, decrees and initiatives such as the ones regarding the President’s palace and the Batumi Technological University. Your argument claiming that allegedly we have no other legal means of dealing with the matter is wrong.”

As was already mentioned, the draft law which was being discussed at the third hearing on 26 December concerned the amendments to the Law of Georgia on Higher Education. In particular, the amendment foresaw the addition of Article 897

to the law. According to the new article, state scholarships will be granted to students enrolled in the accredited higher educational institutions and residing in the bordering villages of Georgia’s occupied territories.

endeavoured to shed more light on the ambiguity of the discussed terms.

In 2010 President Saakashvili adopted the State Strategy on Occupied Territories. The document indeed contains the term “dividing line(s).”  The section of the used terminology defines the term as follows:  “Occupation lines drawn by the occupant that divide the occupied territories from the rest of the Georgian territory.” It is noteworthy that the term “occupation line” is used only in this part of the document.

The National Security Concept of Georgia adopted by the Parliament in 2011 also mentions the term “dividing line” without any particular changes. In particular, the Concept denotes:  “Georgia is determined to create the formats, mechanisms and incentives that can foster engagement between the occupied territories and other Georgian regions, thus restoring relationships among the citizens of Georgia living on different sides of the dividing lines.

The state budget of 2012 indicates:  “Office of the State Minister for Reintegration. The following shall be materialised within the action plan of the inclusion strategy: …inclusion in the legal and sovereign scope of Georgia and the restoration of trust between people living delineated with a dividing line.”

Shalva Tadumadze rightly indicates the documents establishing the term “dividing line.” Herewith, it should be also noted that the Law of Georgia on OccupiedTerritories never mentions the terms “occupation line” or “dividing line” although this document is one of the essential legal bases in respect to the occupation.

Therefore, Shalva Tadumadze’s pathos about the Government having discretion to use the adopted term “dividing line” is true. However, FactCheck

Consequently, we conclude that Shalva Tadumadze’s statement:  “There is no legal basis to use a term different from “dividing line,” as it was established by the former President in 2010,” is MOSTLY TRUE.