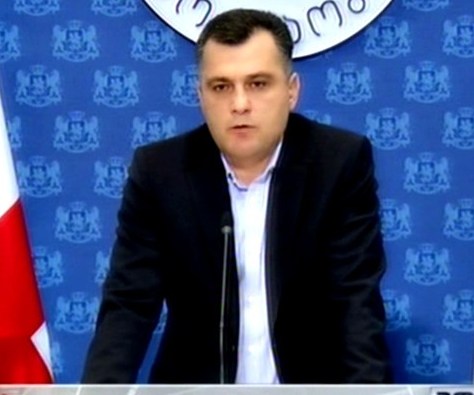 On 21 February 2014, Majoritarian Member of the Parliament of Georgia from the Aspindza

On 21 February 2014, Majoritarian Member of the Parliament of Georgia from the Aspindza Municipality, Tariel Londaridze, reported on the problems in the municipality. According to his statement, the process of gasification has been finalised in the villages of Saro and Khizabavra but gas supplies remain unfurnished. Based upon Londaridze’s information, and despite the fact that he had informed the Minister of Energy of Georgia about this issue, the problem still continues to be unresolved. Londaridze also spoke about the drinking water problems in the Aspindza Municipality. As he reported, the local population has not been provided with drinking water for the whole winter but neither the Ministry of Regional Development and Infrastructure of Georgia nor the local self-government is able to take care of this problem.

looked deeper into the abovementioned statement and decided to check its accuracy.

Parliamentary Representative that the aforementioned villages have not been provided with gas since the Parliamentary Elections of 2012. According to Londaridze’s information, the Kaztransgas company was responsible for supplying gas to these villages; however, it is unclear who bears responsibility for this issue at the moment.

As for the drinking water problems in the village of Aspindza, Londaridze declared that water is supplied from time to time but it is dirty and, therefore, undrinkable rendering the necessity for the population to have to purchase drinking water. One ton of water costs approximately GEL 20-40. “In my day, the water supply company was responsible for everything but now this responsibility has been passed over to the local self-government. The local self-government fails to manage private companies (Ltds) obliged to address the problem; this means that they are unable to resolve the issue. The central government is also uninterested in this fact or, more simply, they do not have any communication with the companies,” declared Londaridze who added that all of the abovementioned is caused by the failure of the local self-government.

We entered into contact with the Ministry Energy of Georgia. Based upon the information provided by the representative of the Ministry, a pipe of a length of 7.68 km has been built in the Aspindza Municipality. At the moment, the inner networking has been finalised in the following villages:  Aspindza, Damala, Saro and Khizabavra. In total, 1,270 customers have been gasified in the Aspindza Municipality. The problem of the supply of gas was also confirmed by the Ministry of Energy. According to a Ministry representative, there are legal procedures rendering the non-supply of gas to the villages of Saro and Khizabavra at the moment although the Ministry is negotiating with Socar Georgia about the aforementioned problem. Of note is the fact that based upon the information of the representative of the Ministry of Energy, the villages of Saro and Khizabavra have never had gas before. The population of these villages was supplied by the gas remaining in the pipes following a pressure test and only for a period of several days. No agreement has been signed between the Aspindza Municipality and the Georgian Gas Transportation Company.

contacted the Governor of the Aspindza Municipality, Levan Tsabadze. According to his words, Aspindza is in fact facing problems connected with the supply of gas. Gas remains in a state of non-supply despite the fact that the inner networking process as a part of the gasification work has been completed. As Tsabadze put it, the abovementioned problem has been present since the Parliamentary elections of 1 October 2012. One month prior to the elections, the Aspindza Municipality was supplied with gas although this ended when the elections were over.

Levan Tsabadze also discussed the water problem with FactCheck’s representative. According to his statement, the water problem in Aspindza is present only for two weeks per year when the pipes are frozen due to the strong frosts. Nevertheless, the Aspindza Municipality stored 150 tons of water and distributed it among the population of Aspindza free-of-charge. This said, however, there were people who used to sell drinking water. In addition, the Aspindza gamgeoba (

City Hall) purchased water pipes by means of resources allocated by the Ministry of Regional Development and Infrastructure and renewed the supply of water for 75% of the population. As for the rest of the population, they are still given water free-of-charge.

According to Tsabadze’s statement, the aforementioned problem is nothing new although it was particularly intensified this year due to the unseasonably cold winter. As Tsabadze stated, there is a suspicion that the Municipality’s infrastructure was sabotaged. The Ministry of Internal Affairs has already been notified although the investigation has hitherto revealed no information or updates.

Further according to Governor Tsabadze, another problem is also present as concerns the water supply. In 2007-2008, the winning company of the tender, Kolkhi Ltd., did not fulfil its due obligations in proper form. The completed work does not meet industry standards and both the delivery and acceptance certificates were not signed after the completion of the construction. In particular, the water pipeline was not installed at the appropriate depth in the higher mountainous regions of the municipality which means that there are frozen pipes in the winter. The Aspindza gamgeoba brought a law suit against Kolkhi Ltd. The company lost the case in court and has to pay a fine of GEL 1.6 million to the Aspindza gamgeoba. Tsabadze indicated that the Aspindza gamgeoba

was informed about the abovementioned problem during the governance of the United National Movement but it did not address the court at that time. Of note, too, is the fact that the bankruptcy process of Kolkhi Ltd. started on 5 October 2012 based upon the decision of the Tbilisi City Court.

According to Governor Tsabadze’s information, since 2007 more than GEL 300,000 that should have been transferred to Kolkhi Ltd. was transferred to the account of the Aspindza gamgeoba but owing to the aforementioned violations of the tender requirements, Kolkhi Ltd. was not paid the remaining amount of money. The gamgeoba

plans to announce a new tender for laying the water pipeline using the abovementioned amount together with the compensation received from Kolkhi Ltd. in the nearest future.

found out that the villages of Saro and Khizabavra in the Aspindza Municipality are indeed not supplied with gas despite the fact that the gasification process has been completed. Both the Ministry of Energy and the Aspindza Municipality confirm this issue, although, according to their statements, the abovementioned problem is caused by legal points and long-term procedures.

As for the second part of Londaridze’s statement about the drinking water problem, it is in fact inaccurate. According to the words of the Aspindza Governor, the problem of the water supply was caused by the violation of the contract terms by Kolkhi Ltd., which was responsible for the construction of the water pipeline. Based upon his information, this problem was present in previous years as well since the installed pipeline did not meet the respective industry standards. In addition, this year village of Aspindza faced this problem for only two weeks and not the whole winter as mentioned by Londaridze. Londaridze is also incorrect when declaring that the whole population had to purchase drinking water. According to the Governor’s words, the population was provided with water free-of-charge. At the moment, the water supply has been renewed for 75% of the population. The abovementioned fact has been confirmed by the Governor of the Aspindza Municipality as well as by Tariel Londaridze himself.

Therefore, FactCheck concludes that the statement of Tariel Londaridze:  “Gasification has been finished in two villages of the Aspindza Municipality for two years already, but no gas has been supplied yet. The Minister of Energy of Georgia could not manage to resolve this problem for a year-and-a-half. The Aspindza Municipality has no water for several months during the whole winter…” is HALF TRUE.