On 23 July 2014, during the plenary session of the Parliamentary Committee, the Minister of Finance

On 23 July 2014, during the plenary session of the Parliamentary Committee, the Minister of Finance of Georgia, Nodar Khaduri, stated that in total, GEL 416.2 million more was paid in pensions and GEL 158.3 million more was spent on healthcare which was a 57.1% growth since 2011.

took interest in Mr Khaduri’s statement and verified its accuracy.

In order to check the credibility of the statement FactCheck

According to the aforementioned data, GEL 175.476 million more was spent for pensions in 2013 as compared to 2011 which constitutes an 18% growth.

looked into the pension and healthcare spending statistics from 2004 to 2013. 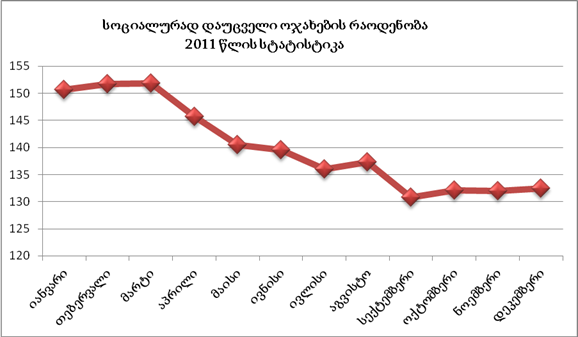 As we can see from Chart 2, the lowest amount of money spent on healthcare was GEL 147 million in 2004. In the following years the healthcare budget grew and amounted to GEL 481 million in 2013.

The first part of Mr Khaduri’s statement is false as, according to the budget implementation reports of 2011 and 2013, pension funds in 2013 increased by GEL 175 million and not GEL 416 million as compared to 2011. This constituted an 18% growth.

As for healthcare spending, the Minister’s information is, once again, not accurate. In total GEL 118 million (and not GEL 158 million) more was spent on healthcare in 2013 as compared to 2011 and it constituted a 33% growth.

As we can see, even though the growth in both pension funds and healthcare spending is clear, the numbers stated by the Minister significantly differ from the actual data.