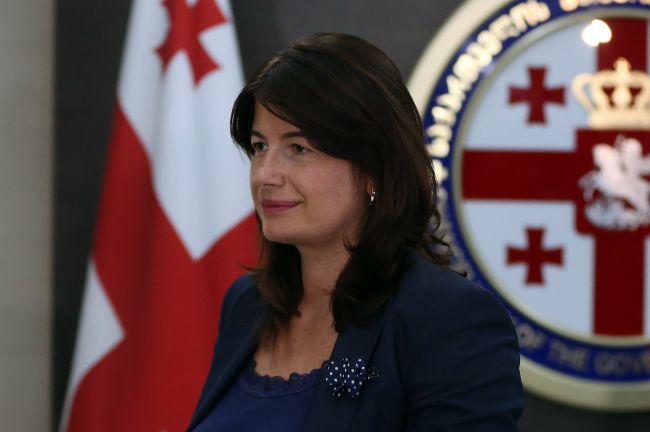 On 31 July 2014, in terms of FactCheck’s new Check Your Fact service, our reader, Nino Malashkhia,

new Check Your Fact service, our reader, Nino Malashkhia, addressed us with the request to look into the issue of bonuses:  “On 30 July 2014, the Deputy Head of the Administration of the Government of Georgia, Nino Kobakhidze, stated that the Government had distributed GEL 11 million less bonuses and GEL 38 million less wage surpluses in 2013 than in 2012.”

verified the accuracy of this statement.

It should be noted that FactCheck has already published an article

about bonuses and wage supplements earlier in the year.

The 15 July 2014 Directive No. 449 of the Government of Georgia on the Rules of Determining the Amount of Bonuses in Public Institutions determines the amount of bonuses for the employees of public institutions and the rules and conditions of their distribution. This Directive gives a definition of bonuses which did not exist previously. A bonus is the amount of money issued to an employee of a public structure for an outstanding fulfilment of his/her professional duties, for long-standing and conscientious work or for fulfilling a particularly complex or important task.

The Directive also determines the amount and frequency of the bonuses. It says that a one-time bonus granted to the employee of a public structure must not exceed his/her monthly wage and it can be issued only once in a quarter but not more than three times a year. The exceptions to these rules can only apply in the case of a well-grounded recommendation from the head of the given public structure.

As for the wage surpluses, their distribution is regulated by the 21 July 2001 Directive No. 286 of the President of Georgia. According to the Directive, the amounts of the wage supplement of public servants with a class rank are as follows:

In her statement Nino Kobakhidze talked about the bonuses distributed in 2013. In order to find out the total amount of bonuses and wage supplements distributed in the public sector in 2012 and 2013, FactCheck

addressed the Ministry of Finance of Georgia with a letter. According to the data of the Ministry:

The response letter also makes clear that the amount of wages distributed in the public sector is GEL 185,523,000 million more than that of 2012.

The table below depicts the growth of wages in the public sector since 2004:

As for the number of employees in past three years, the statistics looks like this:

For more clarity, we addressed the Government Administration to determine the reasons for the reduction of bonuses and wage supplements. According to their answer:  “The reduction of wage surpluses by GEL 38 million and bonuses by GEL 11.6 million was due to the 15 March 2013 Directive No. 53 of the Prime Minister of Georgia (on the Imposition of Surpluses to Georgian Ministers) which reduced the wage supplement limit of the Ministers, later reflecting upon the bonuses and surpluses of the whole government vertically.”

According to the 2013 Directive of the Prime Minister, Georgian Ministers and State Ministers were given wage supplements of GEL 4,335 per month (which later decreased again). It should also be noted that Georgian Ministers have received no bonuses from March 2013 to the end of the year.

FactCheck concludes that Nino Kobakhidze’s statement:  “We distributed GEL 11 million less bonuses and GEL 38 million less wage surpluses in 2013 than in 2012,” is TRUE.