“Pensions will not be increased next year either.”

On 30 September 2014, as a guest of the talk show Archevani, member of the Parliamentary Minority,

Without verdict
The verification of the application can not be evaluated
Facebook Linkedin Twitter Print
On 30 September 2014, as a guest of the talk show Archevani,

member of the Parliamentary Minority, Zurab Japaridze, stated: “Pensions will not be increased next year either. The social segment of the budget plan provides for a GEL 100 million increase only (maybe even less). This will probably be spent on healthcare again. The pensions will still stay at GEL 150 which was determined by the United National Movement in the 2013 budget plan.”

FactCheck sought to verify the accuracy of Zurab Japaridze’s statement. Will the pension be increased in 2015? When will this happen and by what amount? FactCheck

has been trying to find the answers to these questions for a month.

According to the 2015 budget plan (as of its first presentation), GEL 1,360 million has been allocated for pensions in 2015. In 2014 this amount was equal to GEL 1.326 million. Hence, the funding of pensions will be increased by GEL 34 million.

The GEL 34 million growth, provided for by the 2014 budget plan, will not be enough for a serious increase in pensions because the number of pensioners in the country is 696,197 people as of October 2014 which means that if the GEL 34 million will be spent on the growth of their pensions, the increase will amount to just GEL 4. If the pensions will be increased from September 2015, the growth will be equal to GEL 12. However, the probability of such a rise is refuted by the fact that according to the data of the Social Service Agency of Georgia, the number of pensioners increases significantly every year (see Chart 1). According to the Ministry of Labour, Health and Social Affairs of Georgia, an additional 52,892 people will be granted pensions in 2015. Hence, it is logical that the rise in the pension funding is due to the rise in the number of pensioners. 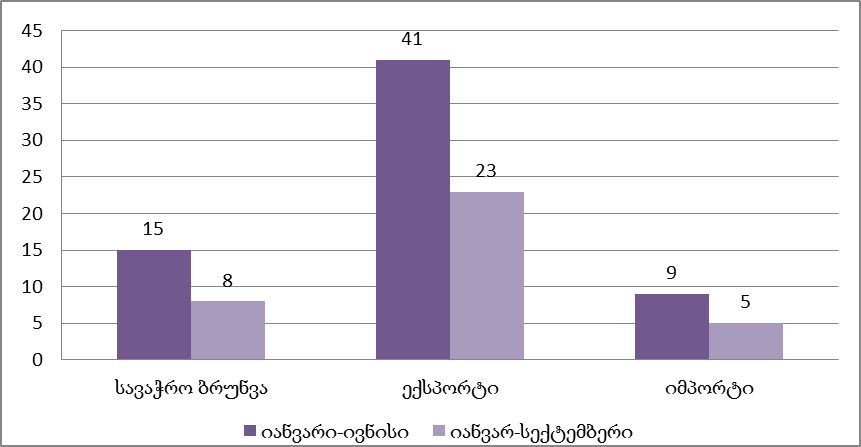 The Chairman of the Budget and Finance Committee of the Parliament of Georgia, Davit Onoprishvili, confirmed that no pension increase was envisaged in the 2015 budget plan as of 2 October 2014. He said that the 2015 budget plan did not provide for the growth of pensions.

Later, on 7 October 2014, Davit Onoprishvili talked about the growth of pensions in 2015. He suggested that the pensions would be increased by GEL 5-10.

The Minister of Finance of Georgia, Nodar Khaduri, also stated on 7 October that pensions would increase in 2015. He also said that the specific time and amount of the growth would be known within two months.

In order to clarify the matter, FactCheck

addressed the Ministry of Finance of Georgia. According to their answer, the 2015 reformed budget plan, presented by the Government of Georgia for a second time, will provide for the increase of pensions with the indication of specific amounts and dates.

It should be noted that the 2014 budget plan of the previous government provided for the increase of pensions. Pensions were planned to increase to the equivalent of USD 100 in GEL.

According to the Ministry of Finance of Georgia, the situation changed after the first presentation of the budget plan and the revised version will include the growth of pensions with the indication of specific amounts and dates. Due to these changes, FactCheck

refrains from rating the statement at this stage. We are resuming our work on this issue and will provide readers with additional information as soon as possible.

According to the Explanatory Note of the budget plan, the pensions of socially vulnerable pensioners and people with disabilities will be increased by GEL 25 from 1 September 2015. It should be noted that only pensioners of the aforementioned segment will receive the increased pensions whilst the universal increase will be postponed to 2016.