Dimitri Khundadze speaks about the condition of prisoners

On 17 September, during his speech in the Parliament, member of the Parliamentary Majority, Dimitri Khundadze, stated: “The number of prisoners increased from 3,000 in 2003 to 25,000 in 2012. Of these, 85% were of the reproductive age. More than 800 people died in prisons in those years. More than 1,200 people experienced severe traumas. Moreover, 42% were infected with hepatitis C and 970 people became drug addicts. Today, the number of prisoners reaches 9,000 and GEL 7 million has been allocated for their healthcare. Treatment expenditures amounted to USD 140 per inmate whilst today the number is USD 760. Five thousand prisoners have received treatment. The cases of suicide have decreased dramatically with only one case of suicide being recorded in 2014. This was the result of the Suicide Prevention Programme.”

took interest in Dimitri Khundadze’s statement and decided to verify it.

The statistics and the data used in the article are based upon the information retrieved from the Ministry of Corrections of Georgia, the reports of the Ombudsman of Georgia and the Council of Europe Annual Penal Statistics.

The graph below shows the number of the accused/convicted in the penitentiary facilities by years: 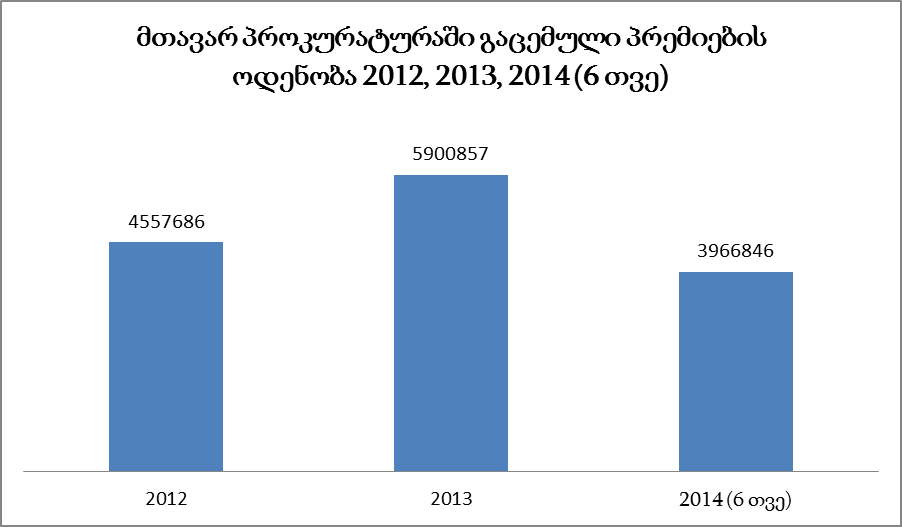 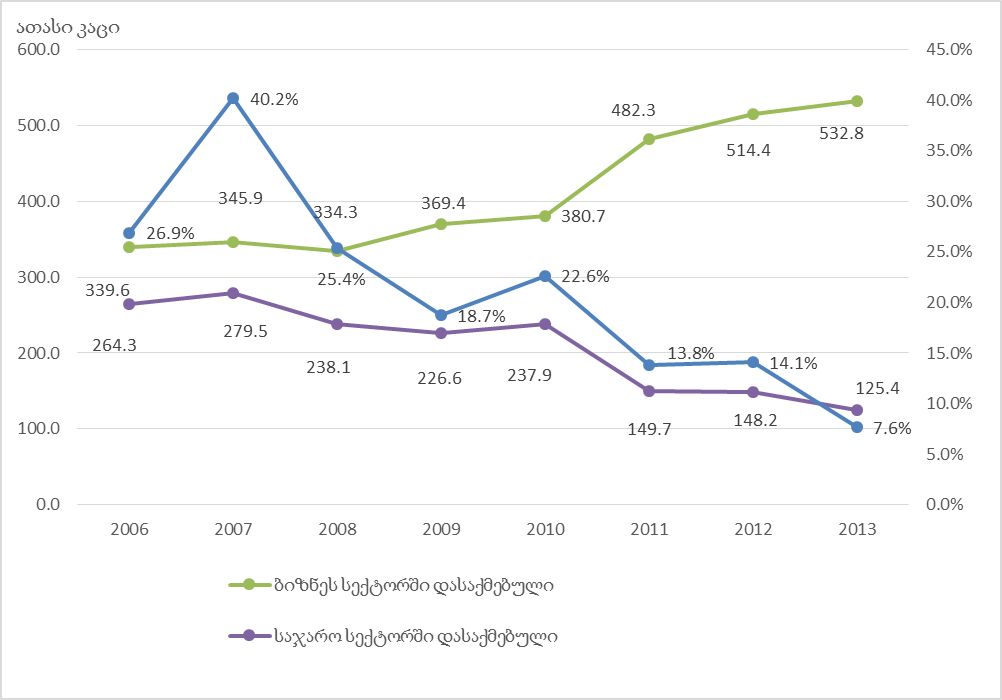 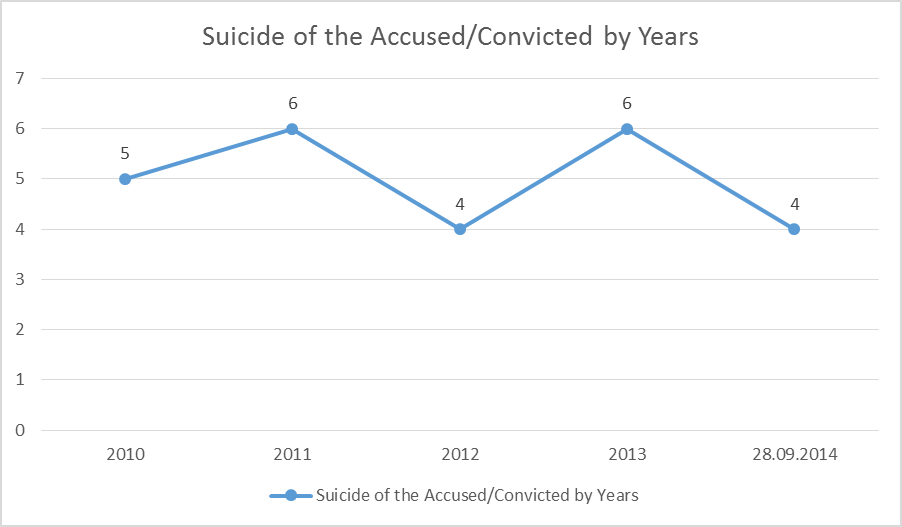 Dimitri Khundadze was wrong when stating that only one case of suicide was recorded in 2014. As of 4 September 2014, four cases of suicide have been recorded although we must underline the importance of the Suicide Prevention Programme which has been implemented since January 2014. The Programme included 89 suicide-prone prisoners; 71 of them were adults and nine were underage. The Programme is being implemented in five penitentiary facilities. Since January 2014 until today, only seven cases of repeated suicide attempts have been recorded among the participants of the Programme and none of them has ended in the death of the inmate (this includes only those persons taking part in the Suicide Prevention Programme).

As for prisoners experiencing severe trauma, we received the following answer from the Ministry of Corrections of Georgia: “Although journals have been kept for the purposes of keeping track of the traumas in every facility since 2000, the data about severe traumas have not been recorded separately. There have been various remarks about not using a standard protocol on traumas and injuries and an improper registration of cases in the Ombudsman’s reports as well. In 2013, a total of 3,251 traumas and self-inflicted injuries were recorded in the penitentiary system. In 2013-2014, after the medical inspection of more than 8,500 prisoners in civil hospitals, more than 1,087 severe old injuries and subsequent pathologies were identified.”

The information received from the Ministry of Corrections of Georgia showed that until 2013 no hepatitis C screening was being implemented at any stage of admitting prisoners or thereafter. Diagnostics and treatment were extremely limited. In 2013, a programme for the prevention, diagnosis and treatment of hepatitis C was initiated in the penitentiary system following the decision of the Government of Georgia with 5,038 individuals undergoing a voluntary screening. The results of the screening showed that 46%-50% of the prisoners were infected with the hepatitis C virus before the start of the programme. The screening for hepatitis C is still being implemented.

We were unable to find out how many people became drug addicts in the penitentiary system because such data are not recorded within. A first evaluation of the drug addiction problem was made in 2013. It showed that 1,641 prisoners were addicted to psychotropic drugs because of their improper consumption in the past. The rate was reduced to 703 by 2014 as a result of an active campaign.

Dimitri Khundadze was speaking about the healthcare of the prisoners. The funds allocated for this sphere are:

The number of the accused/convicted and the mortality rate have decreased in penitentiary facilities. The Suicide Prevention Programme was initiated and involved 89 suicide-prone prisoners. The hepatitis C diagnostic, prevention and treatment programme started in 2013. The number of prisoners addicted to psychotropic drugs decreased from 1,641 to 703. The budget allocated for healthcare increased to GEL 15 million. The healthcare expenditure per capita amounted to GEL 1,097 in 2013.