“As the GDP and the economy were increasing during Saakashvili’s rule, Georgia was paradoxically almost the only country in which the unemployment rate was not decreasing and poverty was increasing.”

On 30 September, as a guest on the TV programme Archevani, Davit Onoprishvili stated that during

Mostly False
In the statement is the elements of the truth, but the important facts that could have made other impressions
Facebook Linkedin Twitter Print
On 30 September, as a guest on the TV programme Archevani,

Davit Onoprishvili stated that during the presidency of Mikheil Saakashvili, unemployment in Georgia did not decrease but poverty increased. 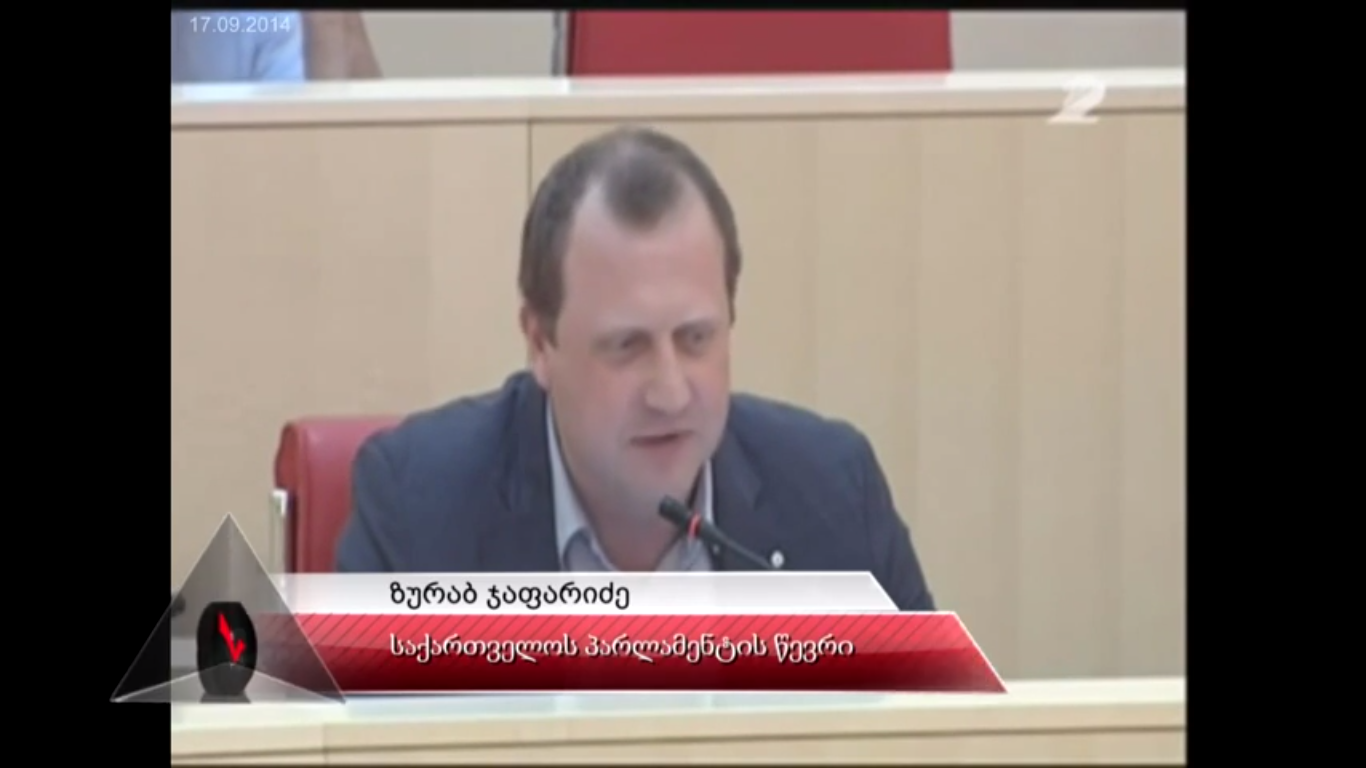 Source: Ministry of Finance of Georgia As for poverty, FactCheck has already published an article on this topic. Based upon the data of the National Statistics Office of Georgia, in the period 2007-2013 registered poverty[3]

Registered poverty shows the number of the population receiving social assistance and so it does not reflect the full poverty picture. Graph 3 shows relative poverty.[4]

Relative poverty in Georgia has decreased, but only slightly, although according to Graph 3, economic growth is reflected mainly in the urban population. In 2003, 23% of the urban population was consuming 60% or less of the median consumption whilst the same rate decreased to 15.4% in 2013. It is noteworthy that according to the relative poverty calculation method, a person is considered poor depending upon the general standard of living in the country. If the average income per capita is on the increase every year, increasingly more people will be considered poor. In contrast to this method, the poverty index decreased by 2.2% from 2004 to 2012. 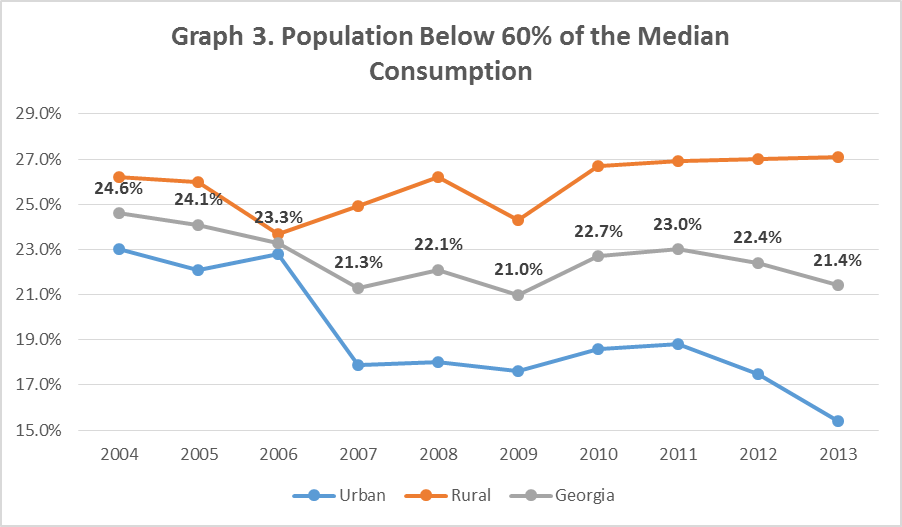 The 2014 Georgia National Report on the Millennium Development Goals shows that poverty decreased significantly in 2006-2012 (Graph 4) although it remains at a high level. In this case, we have data from 2006 only but the decrease in poverty is still evident. Extreme poverty is classified separately in the report. Individuals whose everyday consumer expenditure does not exceed USD 1.25 are considered extremely poor and are closer to the definition of “misery.” In the period of 2006-2012, Georgia’s extreme poverty rate decreased from 5.4% to 3.7%. 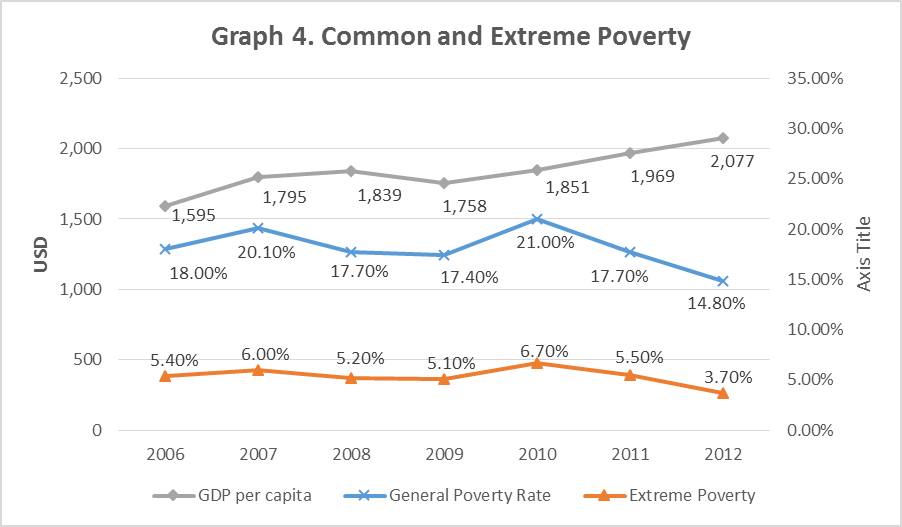 Source: 2014 Georgia National Report on the Millennium Development Goals As for the unemployment rate, it has been on the increase from 2003; namely, the rate equalled 11.6% in 2003 whilst it amounted to 15% in 2012. FactCheck has already published an article

The Gini coefficient shows that Georgia is not categorised as a country in which the income is relatively evenly distributed. Nevertheless, the Gini coefficient was not increasing throughout the last years which indicates that the incomes were increasing at the same rate for the poor, the middle-income population and the richer classes.

As for poverty, according to the number of people dependent upon social assistance, it grew from 6.4% in 2007 to 9.7% in 2012. According to the 2014 Georgia National Report on the Millennium Development Goals, poverty decreased in the period 2006-2012 whilst extreme poverty (misery, by definition) saw a significant decline from 5.4% to 3.7%. The relative poverty rate has decreased slightly.

FactCheck concludes that Mr Onoprishvili’s statement: “As the GDP and the economy were increasing during Saakashvili’s rule, Georgia was paradoxically almost the only country in which the unemployment rate was not decreasing and poverty was increasing,” is MOSTLY FALSE.
[1]

The economically active population includes all persons older than 15 years involved in labour activity or looking for a job.

The number of the population living below the poverty line receiving social assistance.

Graph 3 only shows the share of the population whose consumption is below 60% of the average consumption rate.