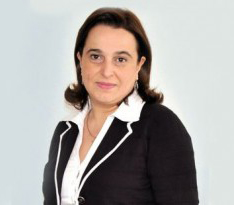 “Court sessions are now public. Over the years, the court system was closed to the media. They were prevented from even entering the yards of the court buildings, let alone recording video footage.”

On 30 September 2014, on Rustavi 2’s talk show Archevani, the Vice Speaker of the Parliament of

True
The statement is accurate and nothing is missing
Facebook Linkedin Twitter Print
On 30 September 2014, on Rustavi 2’s talk show Archevani,

the Vice Speaker of the Parliament of Georgia, Manana Kobakhidze, stated: “It is very important that court sessions are now public. I would like to say that over the years, the court system was closed to the media. They were prevented from even entering the yards of the court buildings, let alone recording video footage. Now, there are numerous ways of monitoring.”

took interest in this statement.

In addition to the 2007 amendments, any person entering a court building (including journalists) was required to hand in personal items including mobile telephones and computers which further hampered working conditions for media personnel and made it more difficult to effectively inform society about the events taking place in the courts. A non-governmental organisation, Transparency International - Georgia, points out in its 2012 Court Monitoring Report: “In practice, it takes some time for the court bailiffs to confiscate electronic devices. This, in several cases, prevented the observers from our organisation from attending the court sessions as those who are late are not permitted to enter.” Several international organisations, including Freedom House, assessed

this as a violation of freedom of information.

According to the Law, only the court or those authorised by the court were permitted to record or transmit the court sessions. Although the term “authorised by the court” left room for interpretation, in practice it still meant only the court and not any third person granted the authority to record or transmit by the court. The Venice Commission points out in its 11 March 2013 Report that making audio or video recordings of the court sessions is highly advisable, especially in terms of transparency and for providing a description of the trial process. It is also important in terms of the public control of the court system.

also allows any person attending the session to make an audio recording of the session from a special place allocated by the court and provided that he/she does not hinder the normal judicial process.

also allows making photo, video and audio recordings and live transmission from the yards or the buildings of a court without any limits. This regulation also makes it illegal to confiscate personal items of people entering court buildings, including mobile telephones, computers, photo, video or audio technologies.

In an interview with FactCheck,

a representative of Transparency International - Georgia, Keti Mezvrishvili, made the following statement about the 2013 legislative changes: “There are a lot of changes in the law which have made the court system more open. The previous law provided for open court sessions; however, in practice this happened very rarely. Thus, there was a problem with both the law and its practice.”

Opening the court sessions for the media (including video recordings) was positively assessed by the Venice Commission, local media, non-governmental organisations and the Public Defender of Georgia. The 2013 Report of the Public Defender (p. 5) points out that in a long-term perspective this amendment can seriously increase public confidence in the judicial system.

It should be pointed out that alongside the positive changes the Law still has some flaws. According to the legislative amendments, courts are required to make video and audio recordings of the trials and make them available for the concerned parties. However, the rules and duration of keeping the records are not determined. The Georgian Public Broadcaster has been authorised to make unlimited photo, video and audio recordings of court sessions. It was also required to provide any interested mass media source with its recordings. The Law once again does not determine the rules and duration of keeping these records. In addition, the Law only allows the media sources with a general broadcasting license to make the recordings of court sessions, thereby denying this right to internet publications, newspapers and other media.

Despite certain flaws, the 2013 amendment to the Organic Law of Georgia on Common Courts has been positively assessed by both local and international organisations. In contrast to the period from 2007 to 2012, in 2013 it became possible to make photo, video and audio recordings both in the yards and buildings of a court as well as in court rooms. Any person attending a court session is now allowed to make audio recordings. Confiscation of personal items (of those entering the court building) such as mobile telephones, computers and photo, video or audio technologies has been prohibited.

Hence, FactCheck concludes that Manana Kobakhidze’s statement: “It is very important that court sessions are now public. I would like to say that over the years, the court system was closed to the media. They were prevented from even entering the yards of the court buildings, let alone recording video footage. Now, there are numerous ways of monitoring,” is TRUE.