On 18 September 2014, at the plenary session of the Parliament, member of the United National Movement, Nugzar Tsiklauri, spoke about the accommodation of IDPs in Poti and noted that the process of building homes for IDPs has been stopped for two years already.

Contrary to Mr Tsiklauri’s statement, member of the Georgian Dream, Giga Bukia, stated that seven high-rises were built for IDPs in Poti in 2014.

The state worked out a strategy in 2007 which aimed to integrate IDPs and improve their accommodations and social conditions. The 2012-2014 action plan envisaged programmes for providing IDPs with long-term accommodation. In particular, we note the IDP Accommodation Programme. FactCheck has previously written on this topic.

According to the statistics published on the website of the Ministry of Internally Displaced Persons from the Occupied Territories, Accommodation and Refugees of Georgia, as of 2014 there are 259,247 IDPs in Georgia and 86,283 internally displaced families. As the information provided by the Ministry shows, there are 10,149 IDPs and 2,963 internally displaced families in Poti.

FactCheck requested public information from the Ministry of Internally Displaced Persons from the Occupied Territories, Accommodation and Refugees of Georgia to verify the accuracy of the statements made by the deputies. According to the information received, the number of the homes built for the IDPs since 2007 has been:

As the information shows, important work was carried out in 2010-2011 for providing IDPs with homes. The process of accommodation for IDPs did not take place in 2012 but continued from 2013 upon a small scale. As for the projects implemented in 2014, 245 families have been accommodated as of today.

Evaluating the scale of accommodation of the current year will be possible only at the end of the next year. According to the data received from the Ministry, 13 venues are being built and three are planned to be built.

As for the situation in Poti, 32 buildings were built in 2010-2011 in the framework of the Long-Term IDP Accommodation Programme. No new homes were built in 2012 although the Hotel Aieti was rehabilitated in 2013 and one four-floor building was put up in 2013. In 2014, a seven-floor building was constructed in Poti. A nine-floor venue is being built this year. This information shows that the scale of the building of new homes for IDPs has shrunk as compared to 2010-2011.

As for other activities carried out in Poti within the framework of the Long-Term IDP Accommodation Programme, eight compact settlements were purchased from private owners in 2013 and eight families had their living areas legalised.

According to the information provided by the Municipal Development Fund of Georgia, the amounts spent on building/rehabilitating houses for IDPs have been decreasing since 2011. Much of the budgetary funds allocated in 2013-2014 were spent on improving infrastructural and economic opportunities for IDPs.

The scale of the building of new homes for IDPs and the funds allocated for the construction shrunk significantly in 2013 and 2014 as compared to 2010 and 2011. For instance, 32 buildings were built in Poti in 2010-2011, accommodating 1,054 families in total, whilst only one building was constructed in 2013, giving accommodations to only 311 families. Such a difference between the intensities points to the correctness of the context of the statement made by Mr Tsiklauri. Nevertheless, the MP is wrong when saying that the process of building has been stopped. Therefore, Nugzar Tsiklauri’s statement: “The process of building homes for IDPs has been stopped for two years already,” is HALF TRUE.

FactCheck verified the statement made by Giga Bukia as well. In 2014, seven five-floor buildings were in fact constructed in Poti. Even though the intensity of the building of new homes for IDPs has decreased significantly, the construction goes on in this year as well. Hence, Mr Bukia’s statement: “Seven high-rises were built for refugees in Poti in 2014,” is MOSTLY TRUE. 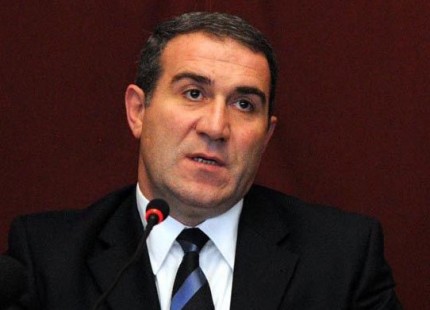