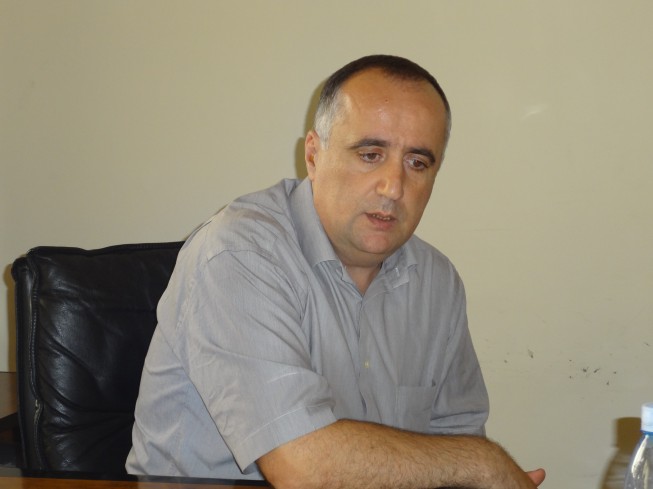 On 12 December 2014, whilst discussing the 2014 State Budget of Georgia at the Parliament of

On 12 December 2014, whilst discussing the 2014 State Budget of Georgia at the Parliament of Georgia, Parliamentary Minority MP, Akaki Bobokhidze, talked about the loans taken out by Members of the Cabinet and their deputies. According to the MP, on the second day after their appointments these individuals took out loans of such amounts that it would be impossible to repay them by means of a minister or deputy minister’s wage and it would take ten-to-15 years to pay them off.

In order to clarify the aforementioned information, we contacted Mr Bobokhidze who explained that his statement was based upon open sources published by various non-governmental organisations.

The 25 September 2014 study of Transparency International – Georgia analyses the loans taken out by ministers and their deputies based upon the property declarations of public servants.

According to the study, the monthly wage of a minister, including the wage surplus, is about GEL 5,000. The wage of the first deputy minister is GEL 2,950 whilst the deputy minister receives GEL 2,720 per month. There are times when these amounts might be supplemented by wage surpluses which can be distributed three times per year.

The declarations do not always specify what amount of money an official pays in loan repayments each month. This might be due to the fact that a repayment has not been made in the period which the declaration covers or that the yearly repayment was less than GEL 3,000. As Transparency International – Georgia explains, in such cases the information is taken from bank calculators and, therefore, is only approximate.

The aforementioned study of Transparency International – Georgia analyses the declarations of four Members of the Cabinet and the loans taken out by them after being appointed to the positions of minister. This does not automatically mean that other Members of the Cabinet have not taken out any loans since their appointments. The issue is that the amounts of the loans taken out by these four officials are much higher than those of the others and, in certain cases, their declarations cannot be found.

According to the same declaration, the income of the Minister and his spouse from various activities in 2013 was about GEL 120,000 or about GEL 10,000 per month. The declaration does not include the income of Mr Danelia as the Deputy Minister of Agriculture or the Minister of Agriculture as it does not include the period when he was appointed. Mr Danelia was the Deputy Head of the Financial-Economic Department of the Ministry of Internal Affairs of Georgia before being appointed to the Ministry of Agriculture and his overall wage in this position was GEL 81,070 in 2013. Danelia is a shareholder of four different companies but has not declared his income from business activities. His declared savings in the form of cash include USD 7,000 and GEL 4,000 whilst he keeps USD 6,500 and GEL 1,500 in his bank account.

A 161.84 square meter flat on Tabukashvili Street in Tbilisi, a 600 square meter plot of land in Shindisi and a 265 square meter house under construction were added to Mr Danelia’s property in 2014.

has been holding the position of the Minister of Economy and Sustainable Development of Georgia since October 2012. He took out a USD 120,000 loan for a ten-year term from Cartu Bank in November 2012. The Minister received income valued at GEL 155,000 and USD 55,000 from selling real estate. In his 2013 declaration the Minister indicated a total of GEL 34,709 as his income in 2012 which, supposedly, must have been distributed over the last two months of 2012 as he was appointed at the end of October 2012. The Minister indicated USD 1,586 (about GEL 2,800) per month for repaying the loan which is 56% of his monthly wage.

has been holding the position of the Minister of Internal Affairs of Georgia since the end of November 2013. He declared a total of USD 140,000 in a ten-year mortgage from the Bank of Georgia from November 2013. According to the loan calculator of the Bank of Georgia, the Minister is required to pay about USD 1,700 (GEL 2,600) per month for repaying the loan. This constitutes about 52% of his monthly wage. His overall income from different activities in 2013, as indicated in the 2014 property declaration, was about GEL 67,000 or GEL 5,580 per month. Mr Tchikaidze purchased a 293 square meter flat on Mickiewicz Street in Tbilisi in November 2013 for which he paid USD 169,000.

has held the position of the Minister of Corrections and Legal Assistance of Georgia since October 2012. He was appointed the Minister of Internally Displaced Persons from the Occupied Territories, Accommodation and Refugees of Georgia in July 2014. Mr Subari took out a USD 140,000 ten-year mortgage from Cartu Bank in March 2013 and purchased a 187 square meter flat on Tsintsadze Street in Tbilisi for USD 190,000. His spouse is registered as the owner of the aforementioned flat. According to the loan calculator, the monthly payment for this amount of loan is USD 1,700 (about GEL 2,600) which constitutes 52% of the Minister’s monthly wage. In his 2012 Declaration Mr Subari and his spouse indicated their overall income of GEL 30,527 which is about GEL 2,543 per month.

Based upon Transparency International – Georgia’s study, we can say that three of the three aforementioned Ministers took out significant amounts of loans immediately after their appointments. As for Otar Danelia, he took out a loan when still working as a high-ranking official in the Ministry of Internal Affairs of Georgia. However, it should be noted that in a month after the loan was taken out, Danelia was appointed as the First Deputy Minister of Agriculture of Georgia and then the Minister of Agriculture of Georgia after several months.

Aleksandre Tchikaidze, Otar Danelia and Sozar Subari all bought flats after their appointments. The declarations of Mr Subari and Mr Tchikaidze do not indicate how they managed to gather the financial resources necessary for such purchases. In general, based upon the property declarations analysed by Transparency International – Georgia, all four of the Ministers pay a significant share of their monthly wages for covering the loans.

It should be noted that Deputy Ministers have also taken out significant amounts of loans; unlike the Ministers, however, they had income from businesses before being appointed as public servants. Another important detail is that unlike the Members of the Cabinet, the Deputy Ministers did not receive loans immediately after their appointments.

The pathos of Mr Bobokhidze’s statement cannot be considered entirely accurate as only Giorgi Kvirikashvili and Sozar Subari received loans from Cartu Bank. In addition, the Ministers did not receive interest-free loans. It still remains a fact, however, that the aforementioned four Ministers did indeed receive substantial long-term loans immediately after their appointments.

Hence, Akaki Bobokhidze’s statement: “High-ranking officials took out practically interest-free loans from Cartu Bank almost immediately after their appointments. It would take them ten-to-15 years to repay these loans by means of their wages,” is HALF TRUE.