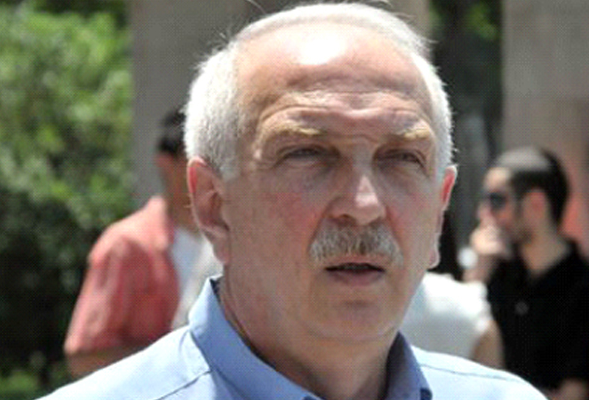 “As a result of competitions held for civil service positions before January 2014, 85% of the acting civil servants have retained their jobs.”

On 29 November 2014, the possible amendments to the Law on Civil Service were discussed at the

Views: 2247
Mostly False
In the statement is the elements of the truth, but the important facts that could have made other impressions
Facebook Linkedin Twitter Print

On 29 November 2014, the possible amendments to the Law on Civil Service were discussed at the plenary session of the Parliament of Georgia. During the process of the Parliamentary debates, MP Pavle Kublashvili remarked that political changes should not be causing changes in the civil service. MP Gia Zhorzholiani, who sponsored the amendment bill, responded: “The statistical data on competitions held before 1 January 2014 show absolutely the opposite. More than 85% of the acting civil servants have retained their jobs or continued to work in similar positions.”

took interest in this issue and decided to check the accuracy of the MP’s statement.

We addressed the Civil Service Bureau with a request for information. After nearly a month, we received quite an ambiguous reply. According to the reply, before 1 January, there were 10,527 job openings posted on the website of the Bureau with 644,671 citizens having registered their applications therewith. As for today, according to the information given by the Civil Service Bureau, there are 800 applicants appointed to different positions. Obviously, that information is insufficient for FactCheck

to have a fully comprehensive understanding of the topic.

The rule of appointment to civil service positions is regulated by the Law on Civil Service. Before 2012, there was no established timeframe for interim employees working in positions subject to competitive appointment (Article 30). As a result of the amendments implemented on 29 June 2014, certain restrictions were imposed. Namely, it was established that interim employees had to be appointed for no longer than one year to high-ranking positions and for no longer than three months to junior positions. The dates of competitions were also established. Namely, the competition for civil service positions at central government institutions was to be held no later than 1 January 2014 and no later than 31 December 2014 for local self-government bodies (the date of competition for civil service positions at local self-government bodies was changed several times and it was eventually decided to hold the competition no later than 31 December 2014).

To get information regarding the competitions held before 1 January 2014, we studied the report published by the NGO Transparency International - Georgia, entitled Outcomes of the Competitions for Civil Service Positions Held by Central Government Institutions.

The NGO selected only civil service positions of the central government institutions for inclusion in the report as only these institutions were required by law to appoint individuals to interim positions through competition before 1 January 2014. Transparency International - Georgia requested information from almost every organ of the government (including the government agencies of the Autonomous Republic of Ajara). It did not request information from the State Chancellery and the Ministry of Internal Affairs as their employees are not subject to mandatory competition as prescribed by the Law on Civil Service. According to the information obtained by Transparency International - Georgia, over the reporting period (1 March 2013-1 January 2014) 1,779 employees were appointed through competition in 24 public institutions of which 187 employees were appointed to the positions that remained vacant up until the competition whilst the remaining 1,592 positions subject to competitive appointment were held by acting public servants. Of the above 1,592 acting public servants, 1,376 won the competition for the same position, meaning that 86.5% of the acting public servants participating in the competitions managed to retain their positions. This figure is very high in light of the fact that each public service vacancy announced during this period had an average of 62 submitted applications.

Even though Giorgi Zhorzholiani’s statement concerned those public servants who retained their jobs as a result of competitions held before 1 January 2014, the statistics presented by the MP are insufficient to fully address the issue which is much broader and concerns the general recruitment policy for civil service positions after the change of the government. In order to have a full picture we analysed statistics on those public servants who retained their jobs as well as those who were fired from their positions. To this end, FactCheck studied another report published by Transparency International - Georgia, entitled Changes in the Civil Service after the 2012 Parliamentary Elections.

The report also studied the practice of hiring new employees. According to the information obtained by Transparency International - Georgia, 6,557 civil servants were appointed to positions in public government institutions during the reporting period of whom only 257 people (4%) were selected via competition.

The MP is partially right to assert that 86.5% of acting public servants retained their jobs as a result of competitions held before 1 January 2014. However, the authors of the Transparency International - Georgia report think that it is a very high number which corroborates the ideas prevalent in certain groups of society that the competitions for civil service positions are fictitious. Also, statistical data alone are insufficient for having a full picture of the recruitment policy in the civil service after the change of the government.

As demonstrated by the research, in a few months after the 2012 Parliamentary Elections (from 20 October 2012 until 1 March 2013) a large number (at least 5,149) of employees were dismissed from public institutions of whom 45% resigned by submitting their own resignations. As emphasised in the Transparency International - Georgia report, this raises a reasonable doubt and looks like a politically motivated decision. It must be noted that during the reporting period, only 4% of public servants were selected via competition.

Giorgi Zhorzholiani provides a correct number of those public servants who retained their jobs as a result of competitions held before 1 January 2014. However, he confines himself with that statistical data alone and ignores the large number of public servants who were fired after the 2012 Parliamentary Elections. Therefore, the FactCheck takes into account the full picture of the changes in the civil service after the change of the government and concludes that MP Giorgi Zhorzholiani’s statement is MOSTLY FALSE.