On 30 December 2014, during his visit to the talk show, Choice, the leader of the United National

Mostly True
The application is accurate, but requires additional information and/or definition
Facebook Linkedin Twitter Print
On 30 December 2014, during his visit to the talk show, Choice,

We took interest in the trends of increase of government spending in previous years.

Government Spending According to the State Budget (from 2010 to 2015)

At the table makes clear, government spending decreased only in 2013 (it would have decreased only by 3% had the state budget been fully implemented). The biggest growth in percentage, however, is recorded in 2014 and 2015. Unlike the overall government spending, remuneration increased every year. The biggest growth in percentage (13%) was recorded in 2013. It increased by 7% in 2015 as compared to the previous year.

Growth of Remuneration in the 2015 State Budget (GEL Million) 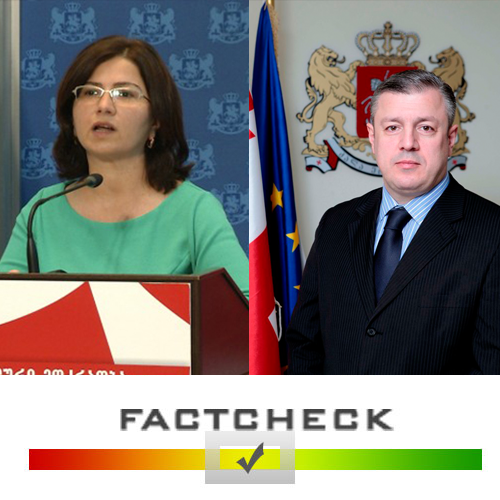 The expected government spending for 2015 constitutes 13% of the GDP which clearly reflects the amount of money spent upon running the government every year.

Table 3: Share of Government Spending in GDP Source: Ministry of Finance of Georgia

Government spending (the remuneration and goods and services clauses of the state budget) increased by GEL 261 million in 2015 as compared to 2012. For an impartial assessment, we should subtract GEL 69 million from this number (due to the aforementioned cases in the Ministry of Internal Affairs and the Ministry of Culture) which were not allocated from the state budget. Hence, government spending increased by GEL 192 million as compared to 2012.

In his conversation with FactCheck,