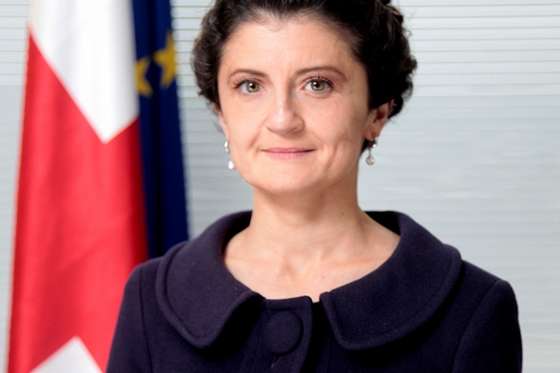 "It is due to the new visa regulations that the European Union has assessed the first stage of the visa liberalisation process positively."

On 18 February 2015, in his interview with Kviris Palitra, the former Prime Minister of Georgia,

Mostly False
In the statement is the elements of the truth, but the important facts that could have made other impressions
Facebook Linkedin Twitter Print
On 18 February 2015, in his interview with Kviris Palitra,

the former Prime Minister of Georgia, Bidzina Ivanishvili, criticised the immigration policy of the Georgian Government. The Minister of Justice of Georgia, Tea Tsulukiani, commented on Mr Ivanishvili’s statement. She stated: "It is due to this bill and the new visa regulations that the European Union has assessed the first stage of the visa liberalisation process positively and closed it."

The new Law of Georgia on the Legal Status of Aliens and Stateless Persons was enacted on 1 September 2014. According to the new Law, visas are no longer issued by the Public Service Development Agency of the Ministry of Justice of Georgia. Instead, visas are issued by diplomatic representations or consulates of Georgia abroad. Issuing visas on the state border of Georgia will only be possible in special cases. These changes have seriously complicated the procedures of entrance for foreigners. Due to this fact, a new electronic visa

service has been established from 8 February 2015. In addition, the number of days allowing residence in Georgia without a visa was decreased from 360 to 90 (in a 180-day period). It should also be noted that visa free travel for 24 countries has been cancelled.

Rules for gaining a residence permit have also become more complicated. According to the new Law, in order to gain a residence permit it is necessary to have a visa of the same purpose. Many foreigners turned out to be on the territory of Georgia without sufficient purpose after the Law was enacted. In order to alleviate the harsh regulations, the Parliament of Georgia adopted additional amendments on 14 November 2014.

In general, the new Law complicated the procedures connected with the legal entrance of foreigners to Georgia. The context of the statement of the Minister of Justice of Georgia was that these kinds of changes were compatible with the requirements of the European Union.

The action plan of the visa regime liberalisation process was formulated in terms of the visa dialogue between Georgia and the European Union. One of the parts of the plan included the management of migration and changes to be undertaken in this field according to which it was necessary to consolidate the legislative and institutional frameworks of the migration policy in accordance with international and EU standards. In addition, according to the action plan, it was also necessary to fight against illegal migration and adopt a national strategy for migration and an action plan in order to effectively implement the legislative framework of the migration policy.

The fact that the changes needed to be made in the given manner was not stated in the action plan. The Association Agreement between Georgia and the EU also did not point to any specific directives. Hence, the EU gave Georgia wide discretion to strengthen its migration policy and fight against illegal migration. The Georgian Government had every opportunity to choose a method which would not damage the economy of the country and complicate the lives of foreigners living in Georgia.

on the implementation of the visa liberalisation action plan by Georgia was published on 29 October 2014. The Report, among other things, mentions that Georgia adopted the new Law of Georgia on the Legal Status of Aliens and Stateless Persons. According to the statement of the European Commission, Georgia fulfilled all the requirements of the first phase which meant the adoption of necessary legislative changes. There are no assessments of the Law or its implementation. The fact that the Progress Report on visa liberalisation mentioned the adoption of the Law does not mean that the EU required such changes in such a manner.

Regulation No. 539 of the EU determines the list of the countries with which the EU does or does not have a visa requirement. The list

The 10 March 2015 comment of the former Deputy Minister of Justice of Georgia, Davit Jandieri, should also be taken into account, saying that tightening the visa regime in the given manner was not a requirement of the EU.

of Georgia on the Legal Status of Aliens and Stateless Persons was enacted on 1 September 2014. The Law reduced the number of days allowing residence in Georgia without a visa from 360 to 90 (in a 180-day period). The list of the countries allowed visa free travel to Georgia also changed along with the procedures of getting a visa.

The context of the statement of the Minister of Justice of Georgia was that tightening the visa regime was compatible with the requirements of the European Union. The analysis of the visa liberalisation action plan reveals that abolishing a visa free regime for certain countries, reducing the number of days of visa free travel for others or changing the procedures for getting a visa was not a requirement of the European Union. The action plan prioritised the creation of a common policy and the fight against illegal migration. Given the fact that the migration policies are the discretion of the state itself, the EU did not determine exact guidelines. In terms of giving wide discretion, Georgia could have chosen the path that would not damage the investment environment of the country and create problems for incoming tourists.