We have cut plenty of taxes.

On 12 March 2015, Minister of Finance of Georgia, Nodar Khaduri, declared: "Our government pays a

On 12 March 2015, Minister of Finance of Georgia, Nodar Khaduri, declared: "Our government pays a great deal of attention to tax relief. We have cut a lot of taxes which has a positive impact upon both the investment and the business environments of the country."

In order to find out which taxes were cut in the last few years, FactCheck consulted with the report published by the Ministry of Finance in December 2014, entitled Two Year Work Results.

In addition, we analysed the amendments to the Tax Code of Georgia.

It needs to be mentioned that the previous government used to have a plan which envisaged personal income tax being cut to 15% and the abolition of taxes on dividends and interest incomes. However, the incumbent government rejected that plan, scrapped the relevant clause and introduced the concept of tax deductible income instead.

As we have noted, none of the taxes from among the aforementioned five has been cut. Moreover, some of the taxes were raised. For instance, excise tax on tobacco and beer increased significantly. FactCheck has already written about this issue (link 1, link 2).

Even though the national taxes have not been cut, the Tax Code of Georgia introduced some tax relief to encourage various fields. Until 1 January 2017, every individual who is employed in agriculture and produces agricultural goods on the territory of Georgia is exempt from paying personal and corporate income taxes if the taxable income received from the initial delivery of agricultural products does not exceed GEL 200,000 per year.

Since 1 January, every disabled person (since childhood) together with individuals of visible disability have been exempted from income taxes if their income does not exceed GEL 6,000 per year (previously it was GEL 3,000 per year).

All individuals who pursue agricultural or medical activities are exempt from corporate income tax if their profits at the end of a tax year are reinvested in the course of the following three years (Tax Code of Georgia, Article 99.1).

Further, the amount of the fine for individuals who violate the rules of the proper use of cash registers was reduced from GEL 500 to GEL 200. If an individual conducts business without a waybill and is detected of so doing for the first time, the amount of the fine will be GEL 500 instead of GEL 1,000. Also further, a delay in submitting a tax declaration will be penalised by a fine of GEL 50 instead of GEL 500.

Tax sanctions were also lessened. This includes the fine for the delay in paying taxes which was reduced from 0.07% to 0.06%.

The income received in the form of interest on loan securities issued by international financial institutions, together with extra income received from the realisation of the aforementioned securities, will be exempt from personal income and corporate income taxes.

According to the decision of the Government of Georgia, the income generated from the rent of an apartment will be subject to 5% tax instead of 20%.

Apart from the aforementioned tax relief, certain taxpayer debts were cancelled, such as: 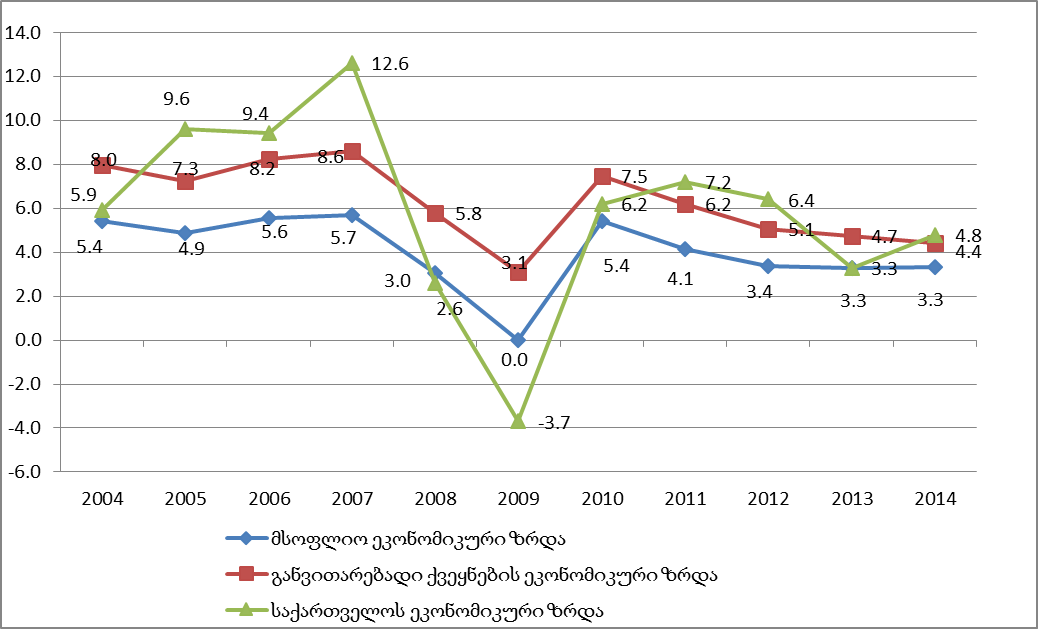 As illustrated by the research, several amendments have been introduced into the Tax Code of Georgia since 2012. Among them are tax deductible income, tax relief for agriculture production, the cancellation of tax debts and reduced service fees.

Additionally, the tax burden in the period of 2013-2014 was reduced. However, not a single national tax (personal income tax, corporate income tax, value added tax [VAT], excise tax and import tax) given in the Tax Code of Georgia was reduced. On the contrary, some of the taxes were increased, including the excise tax on tobacco and beer. Further additionally, it must be noted that according to the Socio-Economic Development Strategy for Georgia, plans are to increase the tax burden up to 25% for the year 2020.

FactCheck concludes that Nodar Khaduri’s statement: We have cut plenty of taxes, is MOSTLY FALSE.
თეგები: