"Tens of thousands of teachers and pensioners have less wages and pensions in USD than they had in 2012."

On 17 March 2015, the Parliamentary Minority MP, Zurab Japaridze, stated that due to the

On 17 March 2015, the Parliamentary Minority MP, Zurab Japaridze, stated that due to the depreciation of GEL tens of thousands of teachers and pensioners have less wages and pensions in USD than they had in 2012.

looked into the accuracy of Zurab Japaridze’s statement. 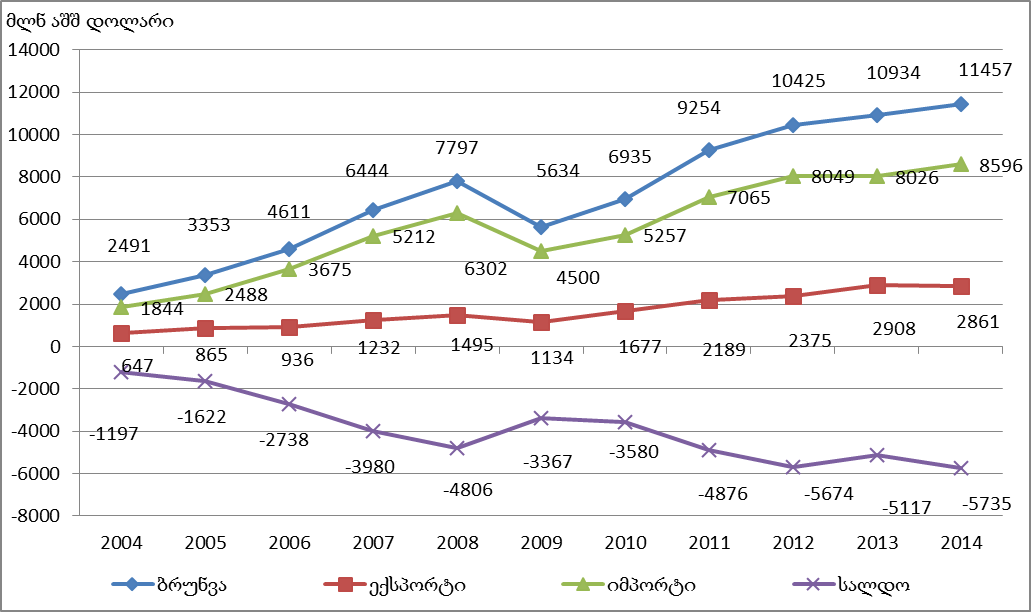 Source: National Bank of Georgia As for the pensions, they amounted to GEL 125 in 2012 whilst they had increased to GEL 150 by January 2015. The amount of pensions will increase

As for the wages of public school teachers, FactCheck wrote

It should be noted, however, that in the given context Zurab Japaridze is not right to present the data in USD as the teachers and pensioners both receive and spend their wages in GEL. When focusing upon the growth or the decrease of wages and pensions, it is important to take into account the level of inflation. The depreciation of GEL caused inflation to increase. The annual inflation amounted to 2.6% in March 2015. This included a 6% increase in the prices of medications, 3.7% in the prices of groceries and non-alcoholic beverages and 6% in the prices of household items. However, the prices of clothing and transport decreased – by 5.3% and 6.6%, respectively. Despite this fact, it should also be pointed out that hundreds of thousands of Georgian citizens have their bank loans in USD. Hence, teachers and pensioners who have their bank loans in USD saw their income decreased.

The context in which Zurab Japaridze names the numbers is not accurate as teachers and pensioners both receive and spend their income in GEL and the depreciation of the exchange rate has no direct influence upon their welfare. However, the depreciation of GEL accelerated the increase of the prices of products (inflation) which reduces real wages and pensions. Inflation amounted to 2.6% in March 2015. In addition, according to the data of the National Bank of Georgia, 65% of bank loans in Georgia are denominated in USD and for many citizens of Georgia, including teachers and pensioners, servicing the loans becomes more expensive as the national currency depreciates.