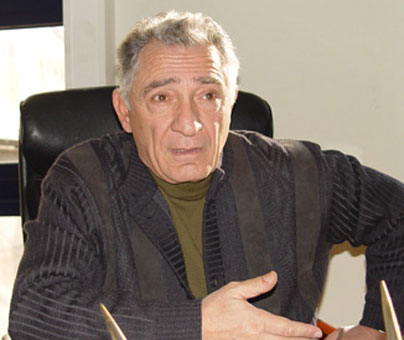 Bill Gates implements perilous initiatives both in Georgia and other countries by introducing GMOs.

On 8 May 2015, a member of the Parliamentary Majority of Georgia, Gogi Topadze, stated that the

On 8 May 2015, a member of the Parliamentary Majority of Georgia, Gogi Topadze, stated that the former Minister of Environment and Natural Resources Protection of Georgia, Elguja Khokrishvili, in his last day as Minister signed a decree which permits the import of seven different types of GMOs into Georgia. Mr Topadze also stated that the Monsanto company, which imports GMOs, is owned by Bill Gates who introduces this "perilous initiative" into different countries through coercion and other methods.

took interest in the accuracy of the statement and verified it.

In September 2014, the Parliament of Georgia adopted the Law on Living Genetically Modified Organisms. The law governs the issues of the contained use of GMOs, a ban on the introduction of GMOs into the environment, the placement of GMOs on the market and the transportation and transboundary movement of GMOs. The same law forbids the cultivation of living genetically modified organisms throughout the whole territory of Georgia.

On 24 April 2015, the then Minister of Environment and Natural Resources Protection of Georgia, Elguja Khokrishvili, issued a decree approving the types of genetically modified organisms allowed on the territory of Georgia. The decree indicates seven types of genetically modified production which are produced by three different companies (Monsanto, Bayer and Pioneer) and allowed in Georgia. All seven are soya products. The decree’s appendix includes the genes/characteristics which are allowed for use in a product, their authorised use and the expiration date or term of duration for the aforementioned authorised use.

Monsanto does indeed import four of the seven genetically modified organisms, allowed in Georgia, into the country. Monsanto is an American multinational company which produces agrochemical and agro biochemical products and is headquartered in Missouri, USA. The company’s combined capital is USD 12.7 billion whilst the amount of total assets is approximately USD 20.6 billion. Monsanto is a Joint Stock Company. Bill Gates is not found among the list of its owners. Most countries do not forbid genetically modified organisms. However, there are certain countries in Europe which are considered to be GMO-free zones. These four countries are Russia, Poland, Greece and Austria. Other countries in Europe do not enforce a full ban on GMOs although there is a group of countries, such as Germany, France, Italy, Switzerland, Hungary and Serbia, where it is very strictly regulated. Many people worldwide believe that GMOs are a health hazard. There are frequent accusations against various companies, Monsanto included. Forbes magazine has also written about this topic ("The Debate about GMO Safety is Over"). Its article indicates that there are more than 2,000 research works

according to which GMOs do not represent a health hazard.

contacted Gogi Topadze himself who expressed his willingness to cooperate. However, so far he has not provided us with some specific research or an article (with the exception of several videos whose credibility is questionable) upon which he made his statement.

Most countries do not ban genetically modified organisms. Only four countries in Europe are declared as GMO-free zones whilst GMOs are strictly regulated in other countries.

To assert sharply that genetically modified production is hazardous and perilous is incorrect. Plenty of research works indicate that GMOs do not represent a health hazard for humans. Additionally, Gogi Topadze has not presented credible research which could have solidified his statement.