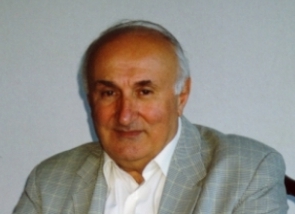 Kvitashvili became the rector of the university without having an academic qualification or the experience of working at the university.

On 26 June 2015, in his speech in the Parliament of Georgia, a member of the Parliamentary Majority, Ivane Kighuradze, mentioned the former Rector of Ivane Javakhishvili Tbilisi State University and noted that when he was appointed to this position, he had zero experience in working at the university and did not possess an academic qualification. The MP expressed the fact that this was unacceptable.

According to the information given on the website of Tbilisi State University, Aleksandre Kvitashvili graduated from the Tbilisi State University’s Faculty of History (major in Modern History of Europe and the USA). He spent the year of 1993 studying in New York where he obtained his Master’s degree in Public Administration. During the years 1993-2005, Mr Kvitashvili worked in different international organisations. He served as the Minister of Health, Labour and Social Affairs of Georgia from February 2008 to September 2010.

Point 4 of Article 22 of the same law says that a rector of a state-founded higher education institution can be a person who possesses a doctor’s degree or its equivalent and meets the requirements as envisaged by the charter of the particular higher education institution. Of note, however, is that the rule governing the election of a rector was amended in March 2013 previous to which the law did not require the candidate for rector to possess an academic qualification. Point 4 of Article 22 of the previous version of the law said that: "The charter of the higher education institution defines the minimum qualification requirement for the candidate of rector. It is forbidden to discriminate regardless of race, colour, language, sex, religion, political and other opinions; national, ethnic and social belonging, origin, property and title, and place of residence." Therefore, Aleksandre Kvitashvili was not required to have a doctor’s academic degree to become the rector of Ivane Javakhishvili Tbilisi State University.

Our research demonstrated that the former rector of Tbilisi State University, Aleksandre Kvitashvili, indeed did not have experience working at the university nor did he hold a doctor’s level academic degree. However, during Mr Kvitashvili’s tenure as the Rector, the Law of Georgia on Higher Education did not require the possession of a doctor’s academic degree as a requirement for a candidate of rector.

FactCheck limited itself only by an analysis of the facts regarding this topic and has left the statement without a verdict.
თეგები: