The average life expectancy in Georgia has increased by 0.6 year.

On 1 July 2015, at the extraordinary session of the Parliament of Georgia, the Chair of the

On 1 July 2015, at the extraordinary session of the Parliament of Georgia, the Chair of the Parliament’s Committee on Healthcare and Social Issues, Dimitri Khundadze, in his speech about demographic indicators, mentioned that: "Life expectancy has increased by 0.6 year. We managed to achieve this thanks to the universal healthcare programme."

Average life expectancy is one of the indicators of demographic statistics and represents a general characteristic of mortality. 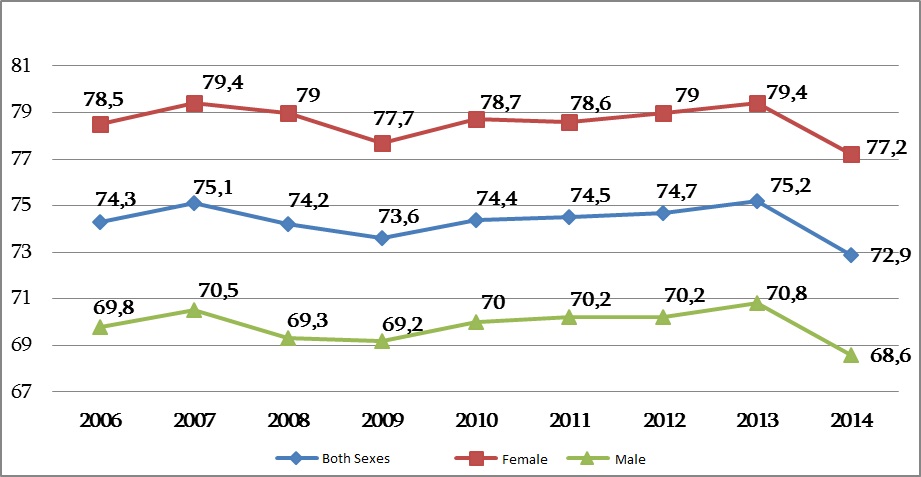 Dimitri Khundadze underscored the role of the universal healthcare programme in regard to average life expectancy in Georgia. The government’s universal healthcare programme was launched in 2013 and covers every citizen of Georgia who does not have another health insurance package. Georgian governmental healthcare programmes existed before 2013 and covered those citizens for whom health services were not affordable (the population living below the poverty line, children up to the age of five years, pensioners, students, etc.). Additionally, the state has been carrying out targeted healthcare programmes for several years to include infectious diseases, tuberculosis, HIV infection/AIDS, diabetes, drug addiction, dialysis and kidney transplantation, emergency aid and an initial health programme for villages. The country also has a cancer screening programme, among others.

The universal healthcare programme did indeed make health services more affordable for the population. However, how this is reflected upon demographic indicators is a matter of separate research.

FactCheck concludes that Dimitri Khundadze’s statement, The average life expectancy in Georgia has increased by 0.6 year, is FALSE.
თეგები: