On 16 September 2015, at 9:00 pm, the Constitutional Court of Georgia announced its verdict on the case of Citizen of Georgia Giorgi Ugulava v the Parliament of Georgia.

Some individuals who were dissatisfied with the verdict rallied in front of the homes of Giorgi Papuashvili, the Chairman of the Constitutional Court of Georgia, and other judges. They accused the judges of the Constitutional Court of Georgia of being biased. Additionally, they threw eggs and tomatoes at Mr Papuashvili’s house. Giorgi Papuashvili made a statement after this incident and called for law enforcement agencies to have timely and adequate reactions.

The Speaker of the Parliament of Georgia also made a statement on the aforementioned fact. He said: "I cannot see any serious problems there (demonstrations in front of the judges’ homes). I want to ask everyone, including the judges, to respect the right of individuals to speak their mind freely and if people have something to say they can do so in the streets as well. I also address citizens to respect the independence of the courts. Let us express our opinions in such a manner as to avoid the obstruction of justice. A citizen cannot be denied the right to express his opinions peacefully under the law. We have to get used to the fact that our decisions will often not be appreciated universally and there will be criticism." The Minister of Justice of Georgia, Tea Tsulukiani, also commented upon the aforementioned issue: "The judges’ safety should be guaranteed but everyone has a right to assembly and free speech."

FactCheck took interest in this topic and sought to gain more information.

The right of assembly and manifestation is of an utmost importance in a democratic state. It is closely connected to freedom of expression. Everyone has the right to assemble peacefully and express his opinion, including criticism of court verdicts. Additionally, these rights should be used as prescribed by the law. According to Point 4, Article 24 of the Constitution of Georgia: "The exercise of these rights may be restricted by law on such conditions which are necessary in a democratic society in the interests of ensuring state security, territorial integrity or public safety, preventing crime, protecting the rights and dignity of others and preventing the disclosure of information acknowledged as confidential or for ensuring the independence and impartiality of justice."

Although judges are required to tolerate criticism expressed toward them, this depends where and in which form the critical opinion is expressed. According to Part 3 of Article 174 of the Code of Administrative Offenses of Georgia, it is illegal to assemble and organise manifestations inside court buildings and in the vicinity of the residence of judges and is punished by 15 days of administrative detention. Of note is that demonstrations against as well as those in support of a judge are also banned inside court buildings. The assumption is that this directly impacts the independence of the judges.

Giorgi Papuashvili voiced multiple times that there were statements made against him personally as well as against his family members which contained threats of physical abuse and intimidation which is punished according to Part 1 of Article 365 of the Criminal Code of Georgia. According to Point 2, Article 87 of the Constitution of Georgia, the state is responsible for the safety of judges and their family members.

Considering all of the aforementioned, the state was obliged to react immediately upon the manifestations organised in front of the residences of the Chairman of the Constitutional Court and other judges and upon the statements made against Giorgi Papuashvili. However, this did not happen.

David Usupashvili responded to the statement of the Constitutional Court of Georgia. He rejected the presumption that his statement could have been perceived as encouragement of the pressure exerted by certain citizens against the Court and clarified that his initial statement had been about the balance between freedom of expression, the respect of the independence of the courts and the fundamental principle of non-intervention in the field of justice. Of note is that the Speaker of the Parliament again did not clarify to what extent the protests and manifestations in front of the homes of the judges were "under the law."

In this case (the protests in front of the residences of the judges), Davit Usupashvili and Tea Tsulukiani prioritised the freedom of expression. This was abetted by the failure of the state to fulfil its obligation; that is, the failure to react immediately which caused the increase in the size of the crowd and the duration of the manifestation. There were no sanctions prescribed by the law applied against those individuals who took part in these demonstrations.

Together with the protest demonstrations in front of the homes of the judges of the Supreme Court of Georgia, there was a parallel demonstration in front of the home of the former Prime Minister of Georgia, Bidzina Ivanishvili. In this case, law enforcement officers showed a timely mobilisation and two individuals were arrested for administrative offenses. The Ministry of Internal Affairs of Georgia also arrested one person on the charge of minor hooliganism for throwing tomatoes and eggs at Giorgi Papuashvili’s house. However, law enforcement officers did not go beyond this measure. Some politicians believe that this type of attitude on the part of the state raises doubts about having selective justice in the country and significantly threatens justice. Several NGOs have also spoken negatively with regard to the selective approaches of the state.

The President of the Venice Commission, Gianni Buquicchio, has also made a statement in regard to this situation and called for the state to act according to its own laws and eliminate the pressure against the judges of the Constitutional Court of Georgia.

Free speech and freedom of expression are very significant although not necessarily absolute rights in a democratic country. Additionally, based upon the principle of the independence of the courts, legislation limits free speech and freedom of expression more when it comes to judges than in some other cases. According to the law, it is illegal to have either support or protest manifestations in front of judges’ residences. The state has the obligation to ensure the safety of judges and their families and react immediately to prevent offense. In the case of the judges of the Constitutional Court of Georgia, the state failed to respect this obligation. 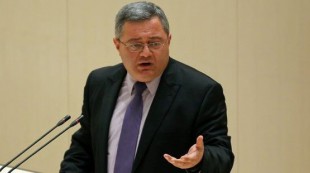 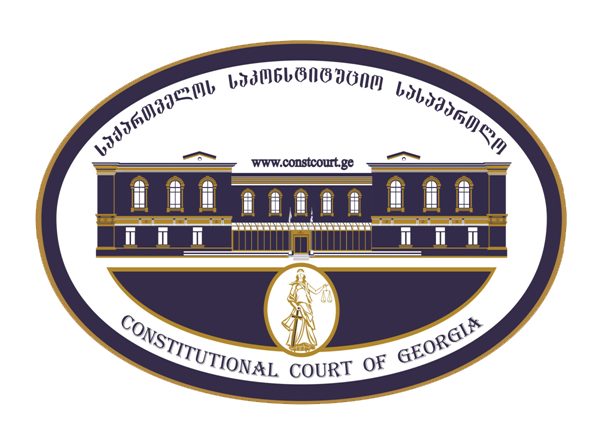