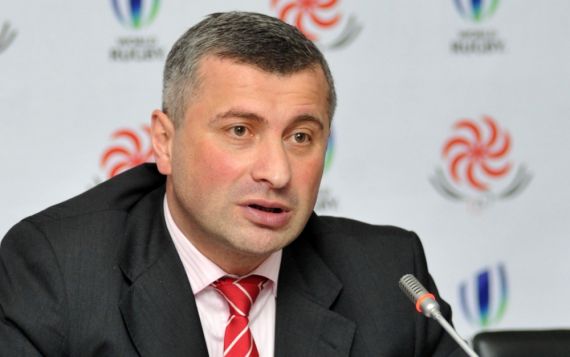 According to the Minister of Sport and Youth Affairs of Georgia, Tariel Khechikashvili, the state

According to the Minister of Sport and Youth Affairs of Georgia, Tariel Khechikashvili, the state observes neutrality with regard to the elections in the Georgian Football Federation. Mr Khechikashvili stated: "We observe full neutrality until the last moment because I believe that our football community is at last capable of conducting democratic, transparent and fair elections."

Based upon the request of a reader, FactCheck

took interest in this statement and studied the situation with regard to elections in the Georgian Football Federation.

According to the statute of the Georgian Football Federation (GFF), the GFF is the only institution in Georgia which runs football affairs in their entirety and independently from any other body. Its jurisdiction covers the whole territory of the country.

According to the decision of the GFF Executive Committee, adopted on 14 August 2015, the elections for the GFF presidency will be held on 3 October 2015. The incumbent GFF Secretary General, Revaz Arveladze, former captain of the Georgian national football team, Levan Kobiashvili, and UEFA Media Officer, Mamuka Kvaratskhelia, will face each other in the upcoming elections.

The topic of independent and democratic elections for the GFF presidency has been a matter of controversy before. For instance, we can recall the elections in 2007 when former footballer, Giorgi Nemsadze, resigned from the GFF presidency on 13 May 2007 just one hour after he was elected. At that time, many believed that the reason behind this unexpected decision was pressure from political circles.

In July 2015, the Prime Minister of Georgia, Irakli Gharibashvili, appointed Levan Kobiashvili as the Mayor of the Olympic Village for the Tbilisi Youth Olympic Games. On 27 July 2015, in response to a journalist’s question about whether or not the state was going to interfere in the GFF presidential elections, the Vice Prime Minister, Kakha Kaladze, responded: "The state must interfere. If it does not interfere, it will be both a problem and a crime. The state spends more than GEL 40 million annually on football. This situation, this swamp in the Georgian Football Federation, should come to an end by our efforts."

As foreseen by its statute, the Georgian Football Federation is an independent institution. According to Article 17 of the FIFA Statute (Fédération Internationale de Football Association) and Article 7 of the UEFA Statute (Union of European Football Associations), the executive organ (including the president) of each member state’s football federation should be elected freely; that is, the procedure which ensures complete independence should be respected. This means that any kind of interference from the government is unacceptable both for FIFA and UEFA.

The delegates selected by the GFF will have the right to vote for the presidential candidates in the elections scheduled for 3 October 2015. Article 10 of the GFF Statute provides a list of 35 GFF members including regional federations, football clubs, football associations and unions. The presidential candidates are nominated by GFF subjects. On 25 August 2015, the GFF Secretary General, Revaz Arveladze, was officially registered as a presidential candidate. He was nominated by the Guria, Abkhazia, Tskhinvali, Imereti and Samegrelo Regional Football Federations together with the Georgian Futsal Association, the Union of Veteran Footballers of Georgian and the Wit-Georgia football club.

On 19 August 2015, the President of the Guria Regional Football Federation, Kakha Ebralidze, nominated Revaz Arveladze as a candidate for the GFF presidency and appointed Gocha Tkebuchava as a delegate with the right to vote. Members of the Guria Regional Football Federation Executive Council protested this decision. Of note is that Gocha Tkebuchava is the coach of one of Georgia’s youth football teams and receives his salary directly from the GFF. The members of the Guria Regional Football Federation Executive Council wanted to cancel Mr Ebralidze’s decision and appoint the Executive Director of the Guria Football Club, Yuri Chkhaidze, as a delegate. However, the GFF Executive Committee ruled that Mr Tkebuchava remain as a delegate. One of the presidential candidates, Mamuka Kvaratskhelia, reminded the GFF of Article 5 of the Federation’s Code of Ethics which concerns the conflict of interests: "They are not allowed to appoint a person who receives a salary from the GFF as a delegate! However, the GFF allowed this precedent in the regions and selected its own employees as delegates."

reported about an incidence of state interference in the election process. According to its information, members of the Guria Regional Football Federation were summoned to the office of the Lieutenant Governor of Guria, Soso Erkomaishvili. An employee of the State Security Service, Irakli Andghuladze, was also present at the meeting. Mr Erkomaishvili made the following comment in regard to the allegation of state interference: "It was a normal working meeting, a simple process and nothing more. We see some wrong steps from the president of the regional football federation and plan to make a statement about this."

On 4 September 2015, it was reported that the Investigation Service of the Ministry of Finance of Georgia took interest in Kakha Ebralidze’s family business. Mr Ebralidze is the President of the Guria Regional Football Federation. As stated by Mr Ebralidze in his interview with Interpressnews,

the Investigation Service started an inquiry into the documentation of the Café-Bar in Lanchkhuti which is his family business. Mr Ebralidze suspects that law enforcers began looking into his business because of his support for Revaz Arveladze’s bid to become GFF president.

On 4 September 2015, the GFF Executive Committee considered the request of 24 football clubs to register them as GFF subjects. It was the initiative of the Governor of Imereti, Givi Chichinadze, to ask all of the football clubs in Imereti to register as GFF members as soon as possible. According to the information of pirveliradio.ge, Mr Chichinadze sent application forms to the governors of the region’s municipalities with the following attached note: "The representatives of the football clubs have to ensure that the aforementioned information is delivered to the GFF Secretariat personally, during working hours. Please give these letters to the governors as soon as possible." The note also includes the information that it was sent from the address imereti.gov.ge.

According to the information of Rustavi 2, the Deputy Minister of Sport and Youth Affairs, Akaki Lodia, sent the aforementioned note to the Governor of Imereti. The Minister of Sport and Youth Affairs, Tariel Khechikashvili, rejected this information. Presidential candidate, Mamuka Kvaratskhelia, made the following comments with regard to this fact: "I welcome the initiative of the Governor of Imereti, Givi Chichinadze, to send a note to every club with the request of becoming a GFF member as soon as possible." It is logical to assume that in the case of such a request sent to the 24 clubs being satisfied, the number of GFF subjects would have increased from 35 to 59, presumably in favour of the candidate backed by the state.

According to the decision of the GFF Executive Committee, the requests of these particular 24 clubs will be considered at an Executive Committee extraordinary session which is scheduled to be held before December 2015. The GFF Vice President, Giorgi Pirtskhalava, made the following statement: "We have not refused anybody’s request to become a member of the Georgian Football Federation. However, in the case of complete documentation not having been submitted, their requests will not be considered. We will schedule the extraordinary session before the end of this year and discuss the issue of the membership of these clubs at that time. Therefore, the consideration of the requests of these 24 clubs was postponed for the future which means that they will be unable to participate in the elections which are scheduled for 3 October 2015." The President of Dynamo Tbilisi, Roman Pipia, and the GFF presidential candidate, Mamuka Kvaratskhelia, disagree with this decision. They do not understand why the football clubs are not granted the right to vote and underscore that it is the right of football clubs to be GFF subjects and have a right to vote.

The Georgian Football Federation has published the letters from FIFA and UEFA which emphasise that any kind of outside interference in the GFF presidential elections is unacceptable and contradicts the bylaws of both FIFA and UEFA. The Minister of Sport and Youth Affairs, Tariel Khechikashvili, made the following statement with regard to these letters: "What they (GFF) have presented to FIFA and UEFA cannot be considered as sufficient evidence that the state interferes or will interfere in the affairs of the Georgian Football Federation."

The Ministry of Sport and Youth Affairs drafted a corresponding letter to the Georgian Football Federation. A copy of that letter was sent to UEFA as well. The letter says that the Ministry of Sport and Youth Affairs receives its information about GFF election processes only through media sources. The Ministry shares the opinion of Mr Gianni Infantino (UEFA Secretary General) that the election process should be carried out according to the regulations and the GFF Statute. The main emphasis in the letter is on the counter allegations against the GFF itself:

On 15 September 2015, Minister Khechikashvili was a guest of the talk show, Provokatori,

on air on Palitra TV. The main topic of the discussion was the upcoming GFF elections. The Minister severely criticised the GFF’s leadership, including Revaz Arveladze himself. Mr Khechikashvili stated: "The GFF is a completely isolated community… all of football’s decent-minded stakeholders were fed up with this situation… there are dozens of individuals who are there for their own well-being … show me a single satisfied person." The Minister also criticised the rule of the selection of delegates and the elections laws. He added: "…Blatter (the President of FIFA) was elected in the same manner and resigned the next day. Therefore, they are wrong." Obviously, these types of statements cannot be considered as an example of state neutrality.

Conclusion State interference in the Georgian Football Federation elections contradicts the statutes of both FIFA and UEFA as well as Georgian legislation. During the research process, FactCheck detected certain actions which can be perceived as examples of state attempts to exert pressure upon the GFF and interfere in the election process. There are questions as well about the activities of the GFF and its Executive Committee. However, in this case, the principal focus of FactCheck

’s research was to study the degree of the government’s neutrality with respect to GFF elections.

The Vice Prime Minister, Kakha Kaladze, stated in July 2015 that the state should interfere in GFF elections. Later, on 22 September 2015, he clarified that his statement was misinterpreted and, in fact, he meant "financial interference." In spite of his clarification, it is still unclear what he meant by financial interference and how this makes a high-level government official’s expressed wish to interfere in the activities of an autonomous institution more legitimate.

There are other facts which indicate state interference in the activities of the Georgian Football Federation. For instance, there is the involvement of regional governors and State Security Service employees in the election process. Additionally, there are the aforementioned statements made by the Minister of Sport and Youth Affairs, Tariel Khechikashvili.

Therefore, FactCheck concludes that the statement of the Minister of Sport and Youth Affairs of Georgia is FALSE.
თეგები: