At the Parliament of Georgia, during the joint session of several Parliamentary Committees, MPs

At the Parliament of Georgia, during the joint session of several Parliamentary Committees, MPs debated the price of grapes. A member of the United National Movement, Giorgi Kandelaki, addressed the Minister of Agriculture of Georgia, Otar Danelia, with the following question: "How is it that today, when the Russian market is open, the price of grapes is lower than in 2012 when the Russian market was closed."

verified the accuracy of the fact stated by Giorgi Kandelaki.

On 9 September 2015, the Minister of Agricultural of Georgia, Otar Danelia, held a special briefing with regard to the grape harvest and said: "It is very important to avoid price fixing and not dictate market prices. Each price, which will be named by the state, will be based upon market calculations. In regard to selling grapes, the state will purchase only that amount of grapes which private companies are unwilling to buy. The price for white grapes will be GEL 0.6 and for red grapes, Saperavi, the price will be GEL 0.85."

The state has been subsidising the production of grapes in Georgia since 2008. The decision to subsidise grapes was made to alleviate the negative consequences of Russia’s trade ban and encourage both grape and wine production. The table below shows the prices of grapes in the period of 2010-2015, including the subsidy.

Source: Ministry of Agriculture of Georgia

There were 54,000 tonnes of grapes processed in Georgia in 2012. The price of grapes (both red and white) was GEL 1 including the subsidy. In 2012, the Government of Georgia allocated GEL 14.8 million to subsidise the grape industry. The subsidy per one kilo of white grapes was GEL 0.25 and per one kilo of red grapes was GEL 0.35. In 2012, two state companies – LTD Gruzwinprom and JSC Akura – purchased a large portion of processed grapes (34,000 tonnes) which comprised 65% of the total amount.

As of 2015, 118,486 tonnes of grapes have been processed. GEL 30 million is allocated from the state budget for the grape subsidy. The subsidy per one kilo of white grapes is GEL 0.35 and per one kilo of red grapes (Saperavi) is GEL 0.15. There are 74 wine producing companies involved in the processing of grapes. Of this amount, the state has hired 18 wine producing companies (the number of companies might increase during the grape harvest). 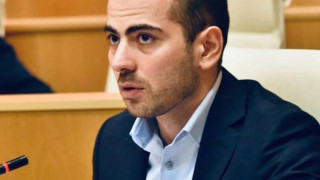