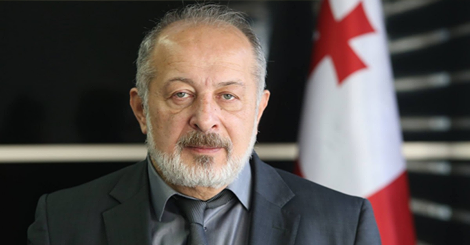 The previous government sold state property to a specially established company for a minimal price and then bought the property back with a price increase of 17,000%

The Minister of Regional Development and Infrastructure, Nodar Javakhishvili, in his interview with

True
The statement is accurate and nothing is missing
Facebook Linkedin Twitter Print
The Minister of Regional Development and Infrastructure, Nodar Javakhishvili, in his interview with Kviris Palitra,

stated: "The public was still unaware about the high-speed freeway when Saakashvili founded the Millennium Trans company specifically for advance purchases of land in Guria and Kobuleti where the freeway was supposed to be built so that the land could later be sold back to the state at much higher prices."

To verify the information, FactCheck

addressed the Ministry of Regional Development and Infrastructure. According to the Ministry, a letter about possible violations in the Millennium Trans case together with enclosed materials were sent to the Investigation Service of the Ministry of Finance of Georgia on 21 November 2012. The case concerned 59.6673 hectares of agricultural land plots situated in the Kobuleti municipality (the villages of Gvara, Ochkhamuri and Kvirkve) which were sold to Millennium Trans at a very low cost and later bought back by the state with a 17,000% increase in price.

On 2 May 2007, the Millennium Trans company was established whose director, founder and owner of 100% of its shares was Tamaz Nizharadze. Of note is that the capital stock of the company was GEL 500 and a Nokia mobile telephone. On 10 July 2008, the President of Georgia, Mikheil Saakashvili, issued Decree N490 according to which land plots of a total area of 596,773 square metres, including their cultivars,were given to the Millennium Trans company for direct purchase (the company was supposed to pay USD 30,000 equivalent in GEL which means that based upon the then currency rate, the price of one square metre was GEL 0.07).

The aforementioned decree envisaged a GEL 300,000 investment in the principal assets until the end of 2009 together with the cultivation of the land and its tea fields to harvesting readiness. Additionally, the decree envisaged the creation of 15 permanent and 200 temporary jobs (seasonal). On 14 March 2012, decree N490 of 10 July 2008 of the President of Georgia was amended according to which contract obligations were extended to 1 April 2012 whilst the obligation of employment was scrapped altogether.

On 25 March 2011, based upon the minutes of a Millennium Trans meeting, shares were divided. According to the division, Jemal Inaishvili purchased 50% of Millennium Trans’ shares from his cousin, Tamaz Nizharadze, for GEL 500,000. On 5 September 2011, a renewed division of shares was launched in the company resulting in both Tamaz Nizharadze and Jemal Inaishvili having sold 16.6%-16.6% of their shares, respectively, and 33.2%, in total, to Teimuraz Jashi for GEL 330,000. The selling of the shares was completed before the state bought back the privatised property.

In order to have both sides equally represented in our research, FactCheck contacted the Millennium Trans company as well. We interviewed its lawyer who underscored that Millennium Trans had fulfilled all of the obligations taken within the framework of the contract. The state bought the land back after the fulfilment of these obligations. Additionally, FactCheck could not find an answer to the question of why the company was relieved from its obligation to provide employment as was prescribed in Decree N490 of the President of Georgia. Millennium Trans’ lawyer stated that every necessary document was sent to the Prosecutor’s Office. FactCheck requested seeing the documents along with the company’s position on the case but was told by its lawyer that it was necessary to obtain the approval of the founders and that we would be contacted afterwards. However, more than two weeks have passed since making the request with no one from Millennium Trans having contacted FactCheck

with our telephone calls remaining unanswered as well.

On 28 January 2008, the preparation of the technical-financial documentation for the Kobuleti-Batumi bypass road was funded by an Asian Development Bank grant. On 29 October 2009, a loan agreement was signed between Georgia and the Asian Development Bank to this end. On 10 July 2008, the then President of Georgia, Mikheil Saakashvili, issued Decree N490 according to which land plots with a total area of 596,773 square metres and with all of their cultivars were given to the Millennium Trans company for direct purchase.

Before the state bought back the aforementioned land, Millennium Trans’ shares were divided up (on 25 March 2011). One of the shareholders of the company was the former Deputy Speaker of the Parliament of Georgia and the former Chair of the Chamber of Trade and Industry of Georgia, Jemal Inaishvili. FactCheck

tried to have the position of Millennium Trans included in its research but failed to obtain respective information from the company.

FactCheck cannot discuss whether or not there are signs of corruption in this case. However, the research does include every important detail related to this case and, therefore, FactCheck concludes that part of Nodar Javakhishvili’s statement that the previous government sold state property to the Millennium Trans company for a minimal price and then later bought it back with a 17,000% increase in price is TRUE.
თეგები: