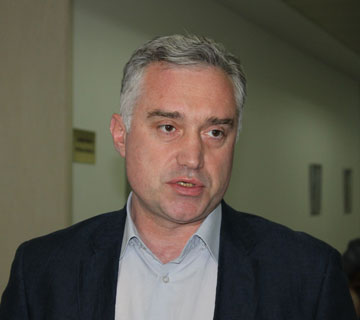 On air on Rustavi 2 as a guest of the talk show, Archevani, Deputy Speaker of the Parliament of

Mostly False
In the statement is the elements of the truth, but the important facts that could have made other impressions
Facebook Linkedin Twitter Print
On air on Rustavi 2 as a guest of the talk show, Archevani,

Deputy Speaker of the Parliament of Georgia, Zviad Dzidziguri, talked about the reasons behind the depreciation of GEL and stated: "The income received from selling off land is not high enough to affect the GEL exchange rate. Also, we should not be saying that tourism is a principal source of income for the country."

As illustrated in the graph, Georgia belongs to the category of those countries where tourism income constitutes a significant part of the total amount of currency inflows. Therefore, changes in that regard affect the country’s currency exchange rate. The data were more or less stable in 2000-2008 and fluctuated from 7.5% (2004) to 11.1% (2000). Since 2009 (10.1%), a growth trend has become evident and reached an annual ceiling of 18.6% in 2014. This year, only the data of the first two quarters have been published indicating that the share of tourism income as compared to the total amount of foreign currency inflows into the country reached 16% and 21%, respectively for each quarter. The growth of this share was caused by the decrease in foreign currency inflows from other sources (such as export income and remittances).

Against the backdrop of an increase in the absolute number for tourism income, the growth rate of revenues from tourism has been slower since 2012 and hit a minimum for the period (4%) in 2014 (see Graph 2). Additionally, the growth rate was 2% in the first two quarters of 2015 as compared to the same period of the previous year which is not enough to compensate for the deficit of foreign currency caused by a decrease in both import and remittances. All of these had a negative impact upon the GEL exchange rate. 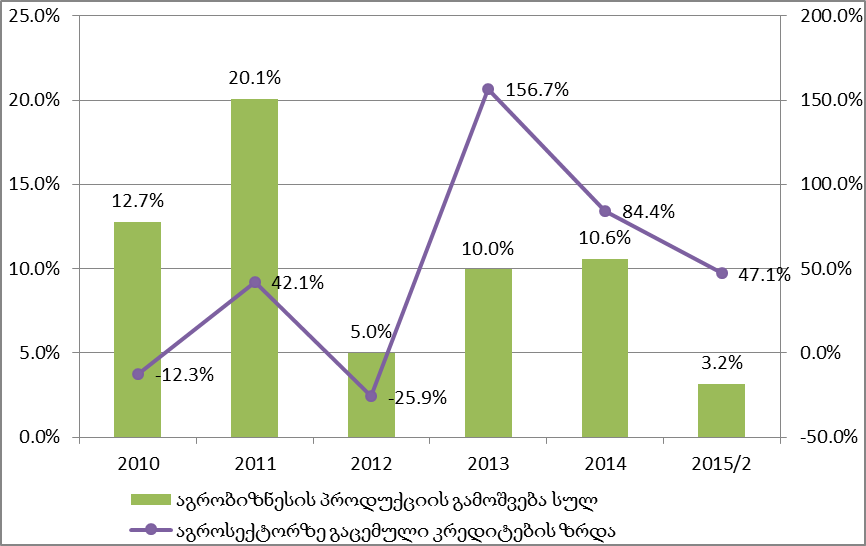 The impact of the privatisation of state-owned assets upon Georgia’s currency exchange rate should be assessed by its impact upon the volume of currency in circulation. Economic theory differentiates two approaches – saving the income received from privatisation and spending it. In the first case, the government takes some part of the national currency out of circulation thereby decreasing the total amount of money in circulation by not putting it back into the economy. Therefore, the impact of this approach upon the currency exchange rate is positive. If the government puts the money it received from privatisation back into the economy (spends it), there are no significant changes in the currency market (if we ignore the differences between the periods of taking the money out and putting it back again). In the case of Georgia, where budget spending is deficit, the expansion of the list of items for privatisation could have earned some additional income for the budget which, in turn, might have rendered the taking of domestic debt unnecessary. Therefore, the Government of Georgia would not have increased the amount of money in circulation by taking less money from the economy and putting back more.

Graph 3 provides some information concerning the practice of land privatisation in Georgia. We can see that the value of state-owned land which was transferred to private ownership was constantly on the rise in absolute numbers in the period of 2008-2012 whilst showing a decrease from 2013. Of note is that the ban on selling land plots to foreigners went into force precisely in June 2013. In June 2014, the Constitutional Court of Georgia ruled that the aforementioned ban was unconstitutional. In September 2014, the Government of Georgia adopted a new package of amendments according to which the absolute limitation upon foreigners to purchase land was replaced by a conditional limitation (see FactCheck’s research

could not obtain information in terms of the total amount of land purchased by foreigners because the National Statistics Office of Georgia and the National Agency of Public Register do not produce this type of statistics. However, apart from the impact upon currency inflows, the aforementioned limitations negatively affect the sector, in particular, and the entire economy, in general, given that the imposed limitations decrease the incentive to invest as well as the incentive to reinvest. Additionally, together with imposing stricter regulations upon residence permits and visas, the limitations to purchase land created an indirect message reflecting the attitude of the Georgian state towards citizens of foreign countries. This type of policy usually results not only in a worsening of the investment climate of a particular sector of the economy but of the entire country overall.

In the case of Georgia, tourism incomes comprise a significant factor which affects the national currency exchange rate. According to Georgia’s balance of payments, the growth of tourism incomes as compared to the total amount of incomes had an upward trend in the period of 2009-2014 and increased from 8.3% (2008) to 18.6%. In the first and second quarters of 2015, these numbers were 16% and 21%, respectively.

The government can affect the amount of money in circulation which means that the privatisation of state-owned assets, including land, will influence the country’s currency exchange rate. Moreover, if land is purchased by a foreigner with a foreign currency, the positive impact of land privatisation upon the GEL exchange rate is further augmented. According to the information of the Ministry of Finance, the amount of income received from land privatisation was growing up until 2013 but then started to decrease thereafter. The data about contracts between private entities, including the participation of foreigners in the contracts, are not known because none of the state organs are compiling these particular statistics. However, the policy promoted by the government in this regard has had a significantly negative impact. The imposition of limitations upon non-residents to buy land together with the imposition of stricter resident permit and visa regulations have made the country less attractive for investments.