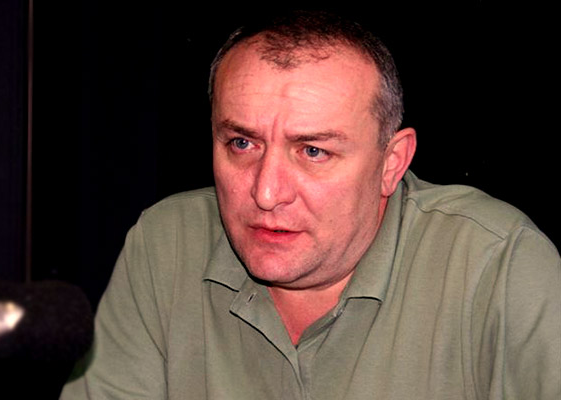 In terms of elections systems, we proposed two alternatives to the Government of Georgia but they are not taking them into account

On air on Maestro TV, the Secretary General of the New Rights Party, Mamuka Katsitadze, talked

On air on Maestro TV, the Secretary General of the New Rights Party, Mamuka Katsitadze, talked about the Parliamentary elections system. "Two alternative propositions have been put forward. These propositions can be implemented without amending the Constitution and without abolishing the majoritarian system and, finally, these changes should ensure the equality of the voter mandates, on the one hand, and the matching of the received vote and received mandates, on the other hand. We put forward these two models. One is the so-called German model and the other is the multiple-mandate majoritarian model."

about this issue earlier as well). The Opposition political parties as well as numerous non-governmental organisations have several times called upon the Government of Georgia to reform the electoral system before the 2016 Parliamentary elections. Most of these propositions demanded the abolition of the majoritarian system. In its resolution, entitled the Functioning of Democratic Institutions in Georgia, the Parliamentary Assembly of the Council of Europe called upon all political parties to agree upon an elections system which would be based upon a wide consensus and strengthen the pluralistic nature of the country’s political institutions. In addition, the Constitutional Court of Georgia called upon the government to undertake reforms which would minimise the inequality of votes between various constituencies.

In the case of the multiple-mandate majoritarian system, larger constituencies are created in the country and several majoritarian MPs can be voted for from these constituencies. As an example of this system, Mamuka Katsitadze named the Kakheti region. According to his statement, with about 300,000 voters, Kakheti has six mandates (given the number of voters, about 47,000 voters will have one mandate). Majoritarian MPs will be elected in Kakheti and the top six in terms of votes will sit in the Parliament. Mr Katsitadze highlighted an advantage of this system in that voters will have several MPs in the Parliament who will be directly accountable to them.

The Parliamentary Opposition took early exit from the aforementioned meeting between the inter-party group and the Parliamentary Majority. According to Mamuka Katsitadze’s statement: "The Georgian Dream coalition came empty handed with regard to changing the electoral system. They just brought the new borders for the single-mandate constituencies for which they received a direct answer that we are not interested. We are even less interested in what will happen in 2020 and we told them that we are ready to speak about various alternatives for 2016." In addition, Mr Katsitadze expressed his impression that the process is being artificially delayed so that changes cannot be made before the 2016 Parliamentary elections. The leaders of other Opposition parties also stated their dissatisfaction.

Over a month has passed since the inter-party group’s proposition regarding elections reform. FactCheck

also contacted the Parliamentary Majority MP, Zurab Tkemaladze, who said that the two models proposed to them (the German model and the multiple-mandate majoritarian model) need public discussion as a first stage and afterwards a plenary session should serve as the forum for further discussion. According to Mr Tkemaladze’s response, the date for the plenary session where this issue would be discussed has not yet been designated.

According to the position of the International Society for Fair Elections and Democracy (ISFED), the changes to the Election Code made by the Parliament of Georgia cannot be considered as a satisfactory resolution for the problem. ISFED stated that given its importance, the electoral system reform must be implemented with the involvement of all interested parties. However, the Opposition political parties and non-governmental organisations have not participated in the creation of any electoral reform project.

On 8 January 2016, the President of Georgia, Giorgi Margvelashvili, signed a bill on the amendment of the Election Code. Despite his signature, the President heavily criticised the bill and described it as being of a "technical character" only. "I signed the amendments to the Election Code which was sent to me by the Parliament of Georgia. These amendments definitely are not the elections system reform about which we have been talking for years. These changes were presupposed by the requirements of the decision of the Constitutional Court of Georgia. Hence, these are changes of a technical character. In reality, we do not yet have an electoral system which would be based upon a complete agreement among our political actors."

It is a fact that the Parliamentary Majority is not planning to undertake a crucial electoral system reform for 2016 which would mean constitutional amendments and the abolition of the majoritarian system. The aforementioned inter-party group made a compromise and proposed the so-called German model as well as the multiple-mandate majoritarian system instead of the proportional or regional-proportional models as these do not require any changes. However, the Parliamentary Majority does not have any concrete answers in response to these proposals.