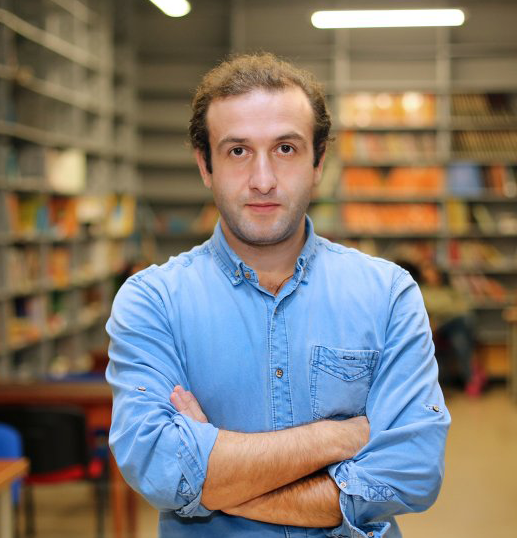 At the end of the last year, the draft law initiated by the Government of Georgia about the

At the end of the last year, the draft law initiated by the Government of Georgia about the determination of land plots under state ownership drew criticism from both the opposition parties and the NGO sector. The New Political Centre - Girchi presented an alternative draft law before the Parliament of Georgia in regard to this issue and made particular emphasis upon the events unfolding against the backdrop of the aforementioned process. On 27 January 2016, Girchi conducted a special briefing where one of its members, Iago Khvichia, stated: "The Government of Georgia launched a land plots registration project based upon which land plots under the ownership of Georgian citizens are registered as state property. This process is ongoing in every region of Georgia. It has already been launched in Martvili, Gori and Borjomi and will soon cover the entire country. This is nothing but expropriation of the population’s land plots by the state."

took interest in this topic.

On 16 December 2015, the Parliament of Georgia was presented with a draft law initiated by the Government of Georgia which envisages certain amendments to the Law of Georgia on Public Register. According to the draft law, an Article 111

The aforementioned draft law was negatively assessed by the NGO sector. According to the statement of Transparency International Georgia, the draft law includes numerous risks and does not serve to protect the interests of a private owner. Additionally, the organisation asserts that the aim of the adoption of the draft law remains unclear in that the Ministry of Justice of Georgia has already drafted a Strategy of Land Registration and Refinement of Cadastral Data in Pilot Areas

which foresees a more uniformed vision for solving the problems related to land registration. Transparency International Georgia is of the opinion that the state has to launch the implementation of the aforementioned strategy of the Ministry of Justice and enact another draft law as envisaged by the Strategy of Land Registration and Refinement of Cadastral Data instead of the draft law presented to the Parliament of Georgia.

According to the statement of the Public Defender of Georgia, the draft law as initiated by the Government of Georgia cannot solve the problems associated with the first-hand registration of immobile property and will inflict serious harm upon the right of private ownership in Georgia.

According to the statement of Girchi’s representative, the process of the registration of unregistered land plots under state ownership was vigorously launched in January 2016 within a process of stock taking and soon became a large-scaled endeavour. Girchi called upon civil society to take more of an interest in the issue and become more actively engaged.

On 27 January 2016, the Ministry of Economy and Sustainable Development of Georgia made a statement about this issue and rejected information about the alleged registration of multi-hectare land plots under state ownership. FactCheck verified this statement through the website of the National Agency of Public Registry of Georgia and detected that from 25 December 2015, including 11 February 2016, the state registered 27,830,938 square meters (2,783 hectares) of land under its ownership in the Municipality of Martvili alone within the aforementioned stock taking process (see the list

of land plots by village). Of additional note is that a similar pace in terms of the registration of land plots has not been observed since then.

Of further additional note is the statement of the Minister of Economy and Sustainable Development, Dimitri Kumsishvili, which he made on 15 January 2016. Mr Kumsishvili stated: "As of today, we have 255,000 hectares of unregistered land plots throughout the country. Of course, not all of them belong to the state but at least we know the amount of land plots which is being registered. In regard to parallel processes, we will start to register those unregistered land plots." As clarified by Mr Kumsishvili himself, the Government of Georgia initiated amendments to the Law of Georgia on Public Registry in order to avoid uncertainties caused by the registration process on the part of the population. These amendments envisaged the limitation of the right of management of those land plots which had been registered as state property for a one-year period within the stock taking process. Mr Kumsishvili stated: "If in the period of one year, someone shows up and claims his right of ownership, we will register the land plot under his name. Additionally, also by that time, cadastral data will already be filled in and the owner will benefit from that, too, as he will avoid these additional procedures." As stated by Mr Kumsishvili, each and every unregistered land plot is the property of the state according to the existing law. Therefore, the state has the right to register these land plots under its ownership without any limitation.

This exact condition raises questions. Specifically, the aim of the draft law is unclear in that its existence or non-existence, for that matter, does not alter the situation (according to the draft law, the state is authorised to limit the right of management of the land plot for a one-year period but is not obliged to do so).

Of additional note is that the process of the registration of land plots under state ownership was temporarily halted as a result of public opposition. However, as stated by Girchi, damage has already been inflicted and problems will continue as a result of the accelerated registration procedures even if the content of the draft law is improved. Specifically, private owners who have been cultivating the land plots and are the so-called "traditional owners" do not possess ownership documents in most of the cases which deprives them of the chance to retain their land plots.

Of further additional note in this context, too, is Girchi’s belief that Dimitri Kumsishvili’s statement, in which he said that the actual owner will have the registration procedures simplified, is not true because the state registered the unregistered land plots without prior deliberation, verification and inquiry which means that land plots of several private owners could be grouped under one specific cadastral code. In this case, the private owner will have to conduct his land plot measuring work anew which is associated with additional expenditures and, additionally, it means that public funds used by the state for land measuring work were actually wasted.

The Public Defender criticised the already halted process of land plot registration by the state and declared that whilst the numerous problems related to the registration of immobile property remain unsolved, the launching of the aforementioned process by the state (without public discussion and prior notification concerning the population) poses a threat to the right of private ownership.

The draft law, presented to the Parliament of Georgia by the Government of Georgia, envisages the registration of unregistered land plots under state ownership. According to the Minister of Economy and Sustainable Development, the Government of Georgia might withdraw the draft law from the Parliament of Georgia although no request thereto has been submitted. It is true that the draft law has not yet been discussed by the MPs although the Ministry of Economy and Sustainable Development has already started its enforcement of the law to some extent. Specifically, within the stocktaking process, an intensive action of the registration of unregistered land plots under state ownership was launched in several regions of Georgia. The registration process has been especially vigorous in the municipalities of Martvili, Marneuli and Abasha where the state has registered many hectares of land plots under its ownership.

At the present moment, the registration process has been halted. According to the statement of the New Political Centre - Girchi, however, the property which has been transferred under state ownership is in danger if necessary reforms are not implemented because the majority of land owners do not possess their complete documentation which is required for them to retain their properties.