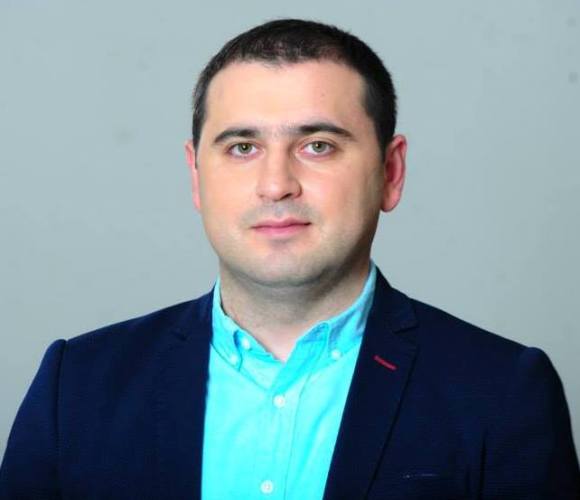 As a result of Narmania’s illegal decision, my dismissal cost the Tbilisi budget GEL 41,000

The founder of the monitoring centre, Mediatori, Levan Khabeishvili, on air on Rustavi 2, talked

The founder of the monitoring centre, Mediatori, Levan Khabeishvili, on air on Rustavi 2, talked about the employees who were dismissed from self-government bodies on the grounds of their political beliefs. Mr Khabeishvili stated: "One illegal decision of Narmania, which was my dismissal, cost the Tbilisi budget GEL 41,000. And there are plenty of cases like that."

Levan Khabeishvili was the Head of Social Services at Tbilisi City Hall from 2013. However, after the victory of the Georgian Dream coalition in the municipal elections of 2014, Mr Khabeishvili was dismissed from his position on 22 August 2014 pursuant to Mayor Davit Narmania’s decree. After an almost year-long court dispute, Tbilisi City Hall was ordered to immediately reinstate Mr Khabeishvili to his position and pay for the financial damage incurred between 27 January 2015 and 18 September 2015 (GEL 3,600 per month for a total of approximately GEL 27,000) following the decision of Tbilisi City Court (the courts of higher instances upheld the decision). Apart from this decision, as a result of a decision of the Supreme Court of Georgia, Tbilisi City Hall had to pay an additional GEL 14,000 to him for the monthly salaries he was not able to receive. In total, the amount of money which Tbilisi City Hall was required to pay to Levan Khabeishvili reached GEL 41,000. He voluntarily then resigned from the position of Deputy Head of the Education, Sports and Youth Affairs Service of Tbilisi City Hall on the day of his reinstatement to this position.

The same situation occurred in the case of a former employee of Tbilisi City Hall’s Social Services, Nino Katsarava, who was dismissed from her position together with Levan Khabeishvili. As a result of a court decision, the decree calling for her dismissal was declared as null and void and Tbilisi City Hall was obliged to pay GEL 10,000 as compensation for financial damage together with the payment of her salaries for those months during which time she had been dismissed. In total, the amount of money to be paid to Ms Katsarava from the Tbilisi budget reached GEL 23,000.

The cases of illegal dismissals of employees from their positions are found throughout the regions as well. FactCheck

verified one of the cases named by Levan Khabeishvili. As a result of our research, we found out that Kutaisi City Court ruled in favour of Nana Kakauria’s lawsuit on 18 April 2016 and decided that it was illegal for her to be dismissed from her position of Assistant to the Director of the of Kutaisi Union of Day Nurseries. The court also ruled that it was illegal to cut her salary and obliged the Kutaisi Union of Day Nurseries Non-commercial Legal Entity to immediately reinstate Nana Kakauria to her position.

After the 2014 municipal elections, the court ruled multiple times that dismissals of civil servants were illegal. A study looking into these cases demonstrated that self-government bodies often had to reinstate the dismissed civil servants to their positions and pay compensations. This was confirmed by the aforementioned cases in our research.

Of additional note is that the same situation can be found in many government agencies. For instance, on the basis of a court ruling on 5 April 2016, the dismissals of two employees from the Ministry of Justice were declared illegal.

FactCheck will come back to the topic of the dismissal of employees from the public sector in the future as well. At the present moment, FactCheck concludes that Levan Khabeishvili’s statement is TRUE.