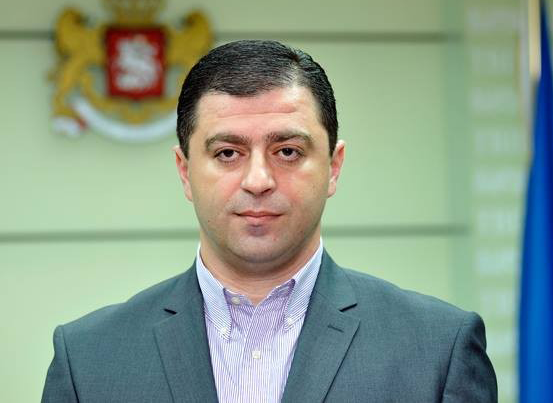 The situation when judges were assigned 700-800 cases occurred in 2005 when the courts became unified. Today, we have the same critical situation

The former Chairperson of Tbilisi City Court, Mamuka Akhvlediani, stated: "We have not had such a

The former Chairperson of Tbilisi City Court, Mamuka Akhvlediani, stated: "We have not had such a critical situation in the court system since 2005. That was the year when the courts were unified and judges were assigned 700-800 cases. Today, we have the same critical situation."

According to the decree of the President of Georgia, issued on 12 April 2005, the Gldani-Nadzaladevi, Isani-Samgori, Didube-Chughureti, Krtsanisi-Mtatsminda and Vake-Saburtalo district courts were abolished on 5 May 2015. Tbilisi City Court was established in their place.

In order to assess the efficiency of a judge, the High Council of Justice does not include those cases which were denied registration within civil and administrative case statistics. For example, according to Tbilisi City Court statistics, there was a total of 34,142 cases (from the previous year + new ones) submitted to the Chamber of Civil Affairs in 2015. Of this number, the court denied registration to 7,088 cases. Therefore, the High Council of Justice does not include these 7,088 cases within its statistics. According to the data of the High Council of Justice, there was an average of 37 judges at Tbilisi City Court in 2015 with each judge assigned to an average of 55 cases (the average of the first and second halves of the year). Thus, if the High Council of Justice had taken the aforementioned 7,088 cases into account, the average number would have been 77 cases which makes a great difference as compared to 55 cases. Of note, too, is the fact that a judge needs certain resources in order to decide whether or not to register a case which has been submitted. Therefore, this factor also needs to be considered when talking about the judges’ workloads.

In regard to criminal cases, the High Council of Justice compiles statistics about the activity of a judge from all stages of the trial process. For instance, it includes the initial presentation of the accused before the court, the pre-trial hearing and the hearing itself, etc.

Notwithstanding the methodology used to calculate the aforementioned six-month period of data, this does not reflect the real picture. For example, the fact that there were 37 judges on average in any given chamber for one half of a year does not mean that there were 37 judges in each month without a fluctuation in their numbers. The average number of cases assigned to each judge also does not provide a real picture of the situation. This is caused by multiple factors, including the unequal distribution of cases among the judges.

obtained and processed different sorts of information in order to obtain a more realistic picture about the situation at Tbilisi City Court. Specifically, processing the statistical data uploaded on the Tbilisi City Court website provided the number of cases assigned to each chamber (from the previous year + new ones) and for each year in the period of 2005-2015. In parallel, from the High Council of Justice we determined the average (six-month average) number of judges working in each chamber from 2005 to the present day. This information is given in the tables below.

Comment: Of note is that the number of registered cases does not include preventive punishments, compulsory measures and thousands of requests for investigations. Table 3:

Some Tbilisi City Court judges spoke to us about the current difficult situation and heavy workload in the judiciary system. According to the statement of Judge Badri Kochlamazashvili, the number-one problem today for every judge is the large number of cases. Judge Lia Orkodashvili named three principal reasons for the judiciary’s heavy workload as the large number of cases, a shortage of judges and an insufficient number of courtrooms (there are 14 courtrooms for criminal affairs, 17 for civil affairs and eight for administrative affairs). Ms Orkodashvili stated: "Each judge is given a courtroom for only two days a week. This means that we can have our hearings only on these two days but, at the same time, the number of our cases has increased. We criminal case judges, for example, have a total of at least 120-160 cases per month which is way too many. This number is even higher in the Chambers of Administrative and Civil Affairs."

Mamuka Akhvlediani, in his interview with FactCheck,

also highlighted the aforementioned reasons. He stated: "Today, the workload of the courts is very high as a result of the multiplicity of cases and a shortage of judges. I have always been saying this but the High Council of Justice has had no reaction. For instance, it was possible to give some relatively easy cases to a district court judge, who probably has only ten cases, so that he could hear the case electronically and, thus, decrease the heavy workload. However, the High Council of Justice did not want to do this. It wanted to cripple the court and then use this as an argument for simplifying the procedure for appointing new judges."

about the heavy workload of Georgia’s courts. In 2015, we requested information about the number of cases assigned to one particular judge (Tamaz Urtmelidze). According to this information, 489 cases were assigned to Judge Urtmelidze in the period of 10 October to 10 November 2015.

On 5 May 2015, Tbilisi City Court was established following the unification of five district courts. At the initial stage, a critical situation for the court ensued owing to a large number of cases, a shortage of judges and other related factors. Numerous unfinished court cases serve as proof of the problems.