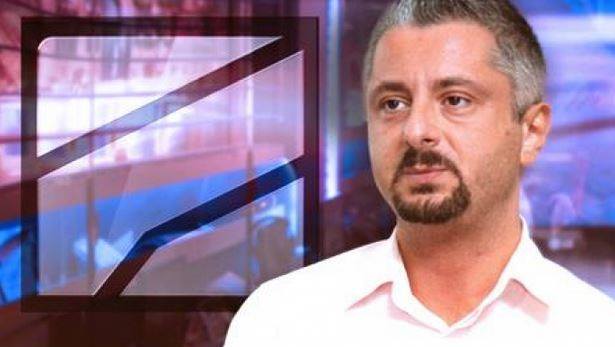 On 22 June 2016, the Director General of the Rustavi 2 broadcasting company, Nika Gvaramia, held a

On 22 June 2016, the Director General of the Rustavi 2 broadcasting company, Nika Gvaramia, held a special press conference where he stated that Tbilisi City Court violated the law with regard to the Rustavi 2 case.

Despite the fact that the law stipulates that it is the obligation of the involved party to accept the court ruling and that it must do so by visiting the court and take a hard copy of the decision no earlier than 20 days and no later than 30 days after the announcement of the ruling, City Court mailed the ruling to us only today… the Court does not recognise the practice of mailing out rulings with the exception of two cases – if a person is socially vulnerable or he is a prisoner. The actual result of this action is that the Court has attempted to take away 18 days necessary for preparing an appeal. This time has also been taken from the Constitutional Court so that it is not able to make a decision on Article 54 about which we have complained to the Constitutional Court and upon which the whole argumentation of the Court of Appeals rests… we cannot accept this decision as it was delivered to us in an illegal manner," said Mr Gvaramia.

All of the procedures connected to the work of the Georgian courts, including delivering their argument-based decisions to the respective parties, are regulated by the Civil Procedure Code of Georgia.

Article 259 of the Civil Procedure Code of Georgia stipulates: "If a person authorised to appeal a court decision is present during the announcement of the ruling or if such a person was notified about the date of the announcement using the standard procedures provided for by Georgia law, the party wishing to appeal the decision (or its representative) is obligated to visit the court no earlier than 20 days and no later than 30 days after the announcement and take a copy of the court decision. If this does not happen, the time limit for appellation will be counted starting on the 30th

day after the announcement of the decision. Reinstating or lengthening this time limit will not be permitted."

In addition: "For persons covered by Article 46 of this Code and for prisoners who have no representative, the court itself takes the obligation to deliver the ruling to them

using the standard procedures provided for by Articles 70 and 78 of this Code."

Rustavi 2 is neither a person being held in custody nor does it qualify to be in any of the categories covered by Article 46 of the Civil Procedure Code of Georgia. In addition, on 10 June 2016, when the decision was announced, the Court explained to the opposing parties that they had the obligation to visit the Court of Appeals no earlier than 20 days before and no later than 30 days after to receive a copy of the argument-based decision. Hence, it is interesting to know why the Court of Appeals deemed it necessary to mail the decisions to the parties.

On 23 June 2016 the Court of Appeals published a statement saying that: "Any discussion that the actions of the Panel of the Court of Appeals are beyond the ramifications of the law is far from the truth and serves only to discredit the Court and mislead the public. Article 259 of the Civil Procedure Code of Georgia, which the appealing party indicates, is a special article which only describes the obligation of the party to appear in Court no earlier than 20 days before and no later than 30 days after the announcement of the decision in order to take the hard copy of the decision itself. If the party chooses to evade this obligation the decision will be regarded as delivered and the calculation of the time for appellation will start from the 30th

day. Point 2 of Article 259 of the Civil Procedure Code of Georgia expressly states the categories of the parties to which the Court is obligated to send the decision. This does not in any way prevent the Court from sending its decision to other categories of parties as well, if it deems it necessary, including and especially if the argument-based decision is prepared earlier than 20 days after the announcement. In addition, there are no norms in the law which would prevent the judge from sending correspondence to the parties and this includes Court decisions as well."

The statement of the Court of the Appeals fails to answer the main question – why it was necessary to mail out the decisions to the parties when Article 259 of the Civil Procedure Code of Georgia provides necessary procedures and a timeframe for this and whether or not, in the presence of the aforementioned article, there has been a precedent of the Court mailing its decision to the parties. We contacted the Media Service of the Court of Appeals of Georgia which urged us to send our questions by e-mail. We have still not received answers to these questions.

also spoke with the Media Service of the Supreme Council of Justice which told us that the Council is not planning to comment upon or publish an official statement about the aforementioned action of the Court of Appeals and then directed us to the Court’s website where we could find an explanation of the procedures for sending out the Court’s decisions to the parties of a dispute.

interviewed Iago Khvichia, Assistant Professor at the Free University of Tbilisi, who told us that the Court has not violated any major law in this particular case which would result in the annulment of the decision; however, he also said that it is quite unclear why the Court refused to follow Article 259 of the Civil Procedure Code of Georgia and chose to make an exception for this case instead. Mr Khvichia also talked about the violation of the principle of equality as he believes that there has not been a single case in the practice of the Georgian courts when the court was able to use the procedure set out in Article 259 but chose to mail out the decisions to the parties instead.

The Public Defender of Georgia also commented upon this issue. "I think that this definitely is a flaw in the procedure and it is highly important for the Court to explain why it made such a decision. We would also like to hear the position of the opposing party in order to better understand the current situation. However, the fact that there is a flaw in the procedure regarding the timeframe and there are other violations as well is quite apparent," said Ucha Nanuashvili.

Transparency International Georgia also published a statement about the Court of Appeals mailing out its argument-based decision to the parties itself. "The Court of Appeals preparing the argument-based decision upon such short notice and then mailing it to the parties is an unprecedented event. The Court has never done such a thing in any other case. This, combined with the other flaws recorded during the trial in Tbilisi City Court, strengthens the doubts about possible political influences upon the Court decision," reads the organisation’s statement.

The law definitely does not prohibit the Court from mailing its argument-based decisions to the respective parties. Hence, we cannot say that the Court has violated the law. However, Mr Gvaramia’s statement that "the law stipulates that it is the obligation of the involved party to accept the court ruling and it must do so by visiting the court and taking the hard copy of the decision no earlier than 20 days and no later than 30 days after the announcement of the ruling" is true. The fact that the Court does not engage in the practice of mailing out its decisions to the parties of the dispute (with the exception of several categories) is also correct.