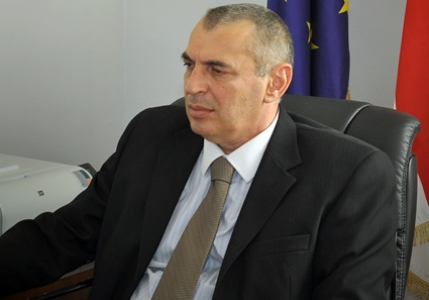 On 4 October 2016, on air on Rustavi 2 TV, Republican party member, Davit Zurabishvili, whilst

On 4 October 2016, on air on Rustavi 2 TV, Republican party member, Davit Zurabishvili, whilst speaking about the ecological problems in Tbilisi, stated: “A month-and-a-half has passed since the trees on Kazbegi Avenue were cut down and the case has still not been investigated. There has been no reply whatsoever.”

On 17 August 2016, approximately 40 trees were cut down at 22 Kazbegi Avenue. Citizens’ suspicions were aroused that healthy trees were among those which Tbilisi City Hall had a permit to cut down for reasons of health and safety. Afterwards, the Partisan Gardeners group arrived at the scene of the tree cutting and subsequently filed a lawsuit at the Prosecutor’s Office. At the same time, another lawsuit was submitted by the Georgian Young Lawyers’ Association. The investigation is based on Part 1 of Article 303 of the Criminal Code of Georgia which regulates the illegal cutting of trees and shrubbery and is punishable by a fine, corrective labour of up to one year or imprisonment (up to three years).

The investigation has to ascertain whether or not Forest Company Ltd’s assessment regarding the damaged and diseased trees is valid and if there was any wrongdoing on the part of Tbilisi City Hall whilst issuing the tree cutting permit. The tree cutting process at 22 Kazbegi Avenue has been stopped until the conclusion of the investigation.

Tbilisi Mayor Davit Narmania has imposed a temporary moratorium on tree cutting in Tbilisi in response to high public interest and the necessity to correct errors in legislation. As per Mr Narmania’s decision, the moratorium will be enforced until new tree cutting regulations have been adopted.

contacted the Prosecutor’s Office to learn more about the investigation. We were told that they could not give us information verbally and that a request had to be sent by official letter.

also interviewed Georgian Young Lawyers’ Association representative, Nana Kurdovanidze, who helped Partisan Gardeners submit a lawsuit at the Prosecutor’s Office. The lawsuit was submitted on 17 August on the part of an individual and not the organisation. On 18 August, the Georgian Young Lawyers’ Association submitted a lawsuit on behalf of the organisation and received a reply from the Prosecutor’s Office that an investigation had been launched and their lawsuit was added to the list of case files.

also addressed the Ecology and Green Coverage Service of Tbilisi City Hall. The Service’s representatives indicated that they are only aware that the investigation is still in process.

In August 2016, the Prosecutor’s Office started a criminal investigation according to Part 1 of Article 303 of the Criminal Code of Georgia; namely, illegal tree cutting, following the filing of lawsuits by Partisan Gardeners and the Georgian Young Lawyer’s Association.

The Prosecutor’s Office has not publicised the stages of the aforementioned investigation nor has it disclosed whether or not any individual has been accused of illegal tree cutting. Additionally, the Prosecutor’s Office has not provided information to Partisan Gardeners or the Georgian Young Lawyers’ Association. Tbilisi City Hall’s Ecology and Green Coverage Service is also unaware about the proceedings of the investigation. Almost two months have passed since the investigation was launched.

The Produce in Georgia programme