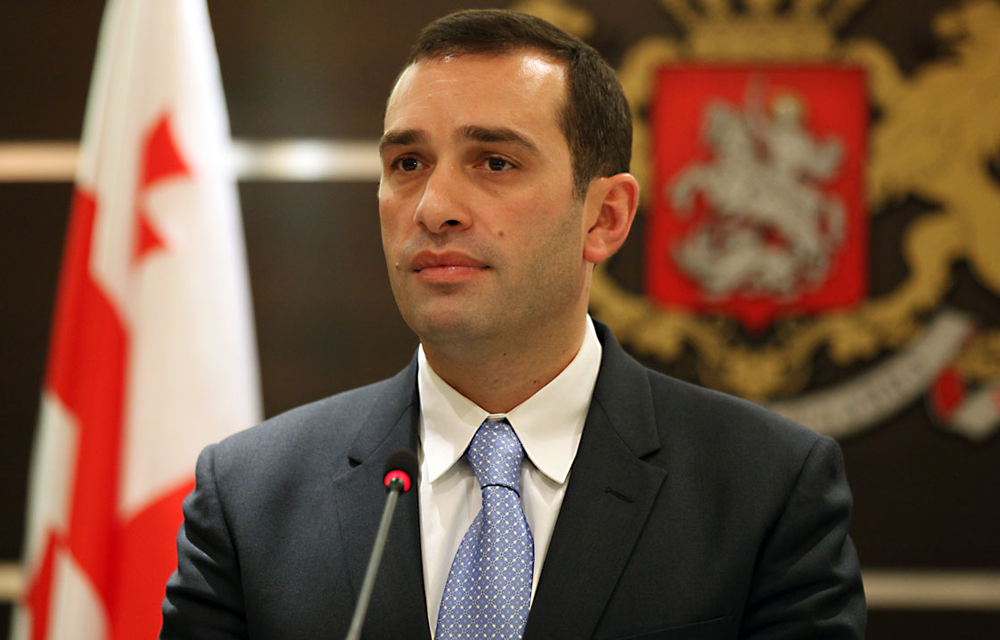 On 11 October 2016, during his visit to Rustavi 2’s talk show, Choice, Irakli Alasania, who has

True
The statement is accurate and nothing is missing
Facebook Linkedin Twitter Print
On 11 October 2016, during his visit to Rustavi 2’s talk show, Choice,

Irakli Alasania, who has left politics, talked about the so-called Cables Case and stated: “These people (the accused) had no connection with this money and they would not be able to make decisions about it; and, by the way, many reports, including those by highly authoritative non-governmental organisations as well as by the Public Defender of Georgia, say that these people had nothing to do with this and had no way of committing the crimes of which they are accused.”

On 28 October 2014, the Prosecutor’s Office of Georgia arrested five high-ranking officials of the Ministry of Defence of Georgia on charges of embezzling over GEL 4 million from the budget. They were charged with Sub-Points A and D of Point 2 of Article 182 of the Criminal Code of Georgia as well as Sub-Point B of Point 3 of the same article which deals with the premeditated illegal embezzlement of someone else’s property legally managed by the group and by using their professional authorities.

According to the charges, the high-ranking officials of the Ministry of Defence of Georgia pre-planned the announcement of a tender on the constructing of a fibre optic infrastructure in order to cover their criminal intents. They sent identical requirements to various companies for constructing fibre optic lines as well as the acquisition and montage of the network equipment and gave them nine days to present their proposals. After the expiration of the deadline, which turned out to be insufficient time for some of the companies to formulate their proposals, Silknet was announced as the winner of the tender with a subsequent agreement being signed on 26 December 2013. According to the agreement, Silknet was to receive GEL 6,720,877 (whilst according to the assessment of the Prosecutor’s Office, the actual value of the project was just GEL 2,618,004).

According to the claims of the Prosecutor’s Office of Georgia, the negotiations with Silknet were on-going four months before the announcement of the tender. It should be noted that the Prosecutor’s Office also stated that the accused had intensive telephone communications with Silknet’s employees; however, according to the statement of the defence, the prosecution was unable to specify exactly with whom the accused had contact at the company.

Tbilisi City Court made a final decision about the Cables Case on 16 May 2016. Judge Besik Bugianashvili satisfied the demands of the Prosecutor’s Office of Georgia and judged the accused, Nugzar Kaishauri, Gizo Ghlonti, Giorgi Lobzhanidze, Davit Tsipuria and Archil Alavidze, as guilty and assigned a seven-year prison sentence to each of them. In addition, they were deprived of the right to hold public office for an extra two years. The Court of Appeals of Georgia is currently considering the aforementioned case.

In order for Sub-Points A and D of Point 2 of Article 182 of the Criminal Code of Georgia as well as Sub-Point B of Point 3 of the same article to work, it is obligatory to 1) have a specific subject – a person who is legally responsible for managing the property, 2) have a premeditated action – the wish of the subject to commit an illegal act must be evident and 3) have an evident motive.

In this specific case, Tbilisi City Court shared the opinion of the Prosecutor’s Office of Georgia, saying that the motive does not influence the qualification of the given action as embezzlement. Hence, it is not necessary to know the motive in order to prove that the embezzlement did indeed take place. According to the opinions of non-governmental organisations, figuring out the motive and intent is absolutely necessary for proving that this kind of action is a crime. The Public Defender of Georgia also shares this view as he has presented a Friend of the Court (Amicus Curiae – a view from a person which has no connections with the case in question and could possibly help the court in its considerations; however, the court has no obligation to heed the views of this person) to the Constitutional Court of Georgia which is currently considering the case (the necessity of determining the motive in the case). Hence, the Constitutional Court of Georgia will determine whether or not the existence of a motive is central to the case.

However, in general, before moving on to the consideration of the motives of the accused, the City Court should have first determined that these five accused people were, in fact, the specific subjects of the case and the money which had been embezzled was indeed under their legal management. In the absence of the specific subjects in the case, it is impossible to talk about the crime in the first place.

The agreement struck between the Ministry of Defence of Georgia and Silknet was signed by the Deputy Minister of Defence of Georgia, Aleksi Batiashvili, and the Director General of Silknet. None of the accused had any authority to make a final decision on the agreement or, much less, sign it. Hence, the money in question has never been under their legal management. “The fact alone that the accused were parties to the preparation of the conditions of the agreement cannot turn them into subjects of illegal appropriation or embezzlement because it is one thing to prepare the conditions of the agreement and quite another to actually sign it. The agreement is in power only after the people with appropriate authorities have signed it,” says the letter presented to the Court by the Friend of the Court, Professor N. Todua of the Faculty of Law of Ivane Javakhishvili Tbilisi State University. The Court did not take the position of the Friend of the Court into account either.

Non-governmental organisations drew attention to this action by the Court and expressed their doubts about the impartiality of the judiciary. “The positions held by the accused and their professional status indicate that they were not the highest ranking officials in the Ministry of Defence of Georgia and, hence, they could not have been directly managing the material wealth of whose embezzlement they are being accused,” says the joint statement of several non-governmental organisations (Transparency International – Georgia, EMC, IDFI, PHR, ISFED, GDI, Article 42 of the Constitution and the Independent Experts’ Club).

In his opinion piece presented to the Constitutional Court of Georgia, the Public Defender has also clearly explained that the interpretation of Article 182 of the Criminal Code of Georgia as done by the City Court in the given case contradicts the legality principle provided for by the Constitution of Georgia.

It should be noted that the now ex-leader of the Free Democrats party and the then Minister of Defence of Georgia, Irakli Alasania, assessed the imprisonment of the Ministry officials to be politically motivated and directed against the Ministry of Defence of Georgia itself back on 4 November 2014. On the following day, Mr Alasania together with his deputies was removed from his position with the decision of the Prime Minister of Georgia, Irakli Gharibashvili. According to Mr Alasania’s statement, on 28 October 2014 he was visiting France in order to sign the agreement on the purchase of air defence systems. Several hours before signing the agreement, he was contacted by the then Secretary of State Security and Crisis Management Council, Mindia Janelidze, who asked him to refrain from signing the agreement at the request of the Prime Minister of Georgia. Mr Alasania refused to do so and signed the agreement anyway. It should be noted that after several months of investigation, the officials of the Ministry of Defence of Georgia were arrested exactly on 28 October 2014, coinciding with Irakli Alasania signing the aforementioned agreement.

According to the opinions of several non-governmental organisations as well as that of the Public Defender of Georgia, the accused in the Cables Case are not specific subjects to the case in question who could have committed crimes set out in Article 182 of the Criminal Code of Georgia – meaning embezzlement. Specifically, the money which they are accused of embezzling has never been and could never have been (given the positions held by them) under the legal management of any of them.