The promise about tightening belts was a lie

On 15 November 2016, during his interview with the Pirveli TV channel, one of the leaders of 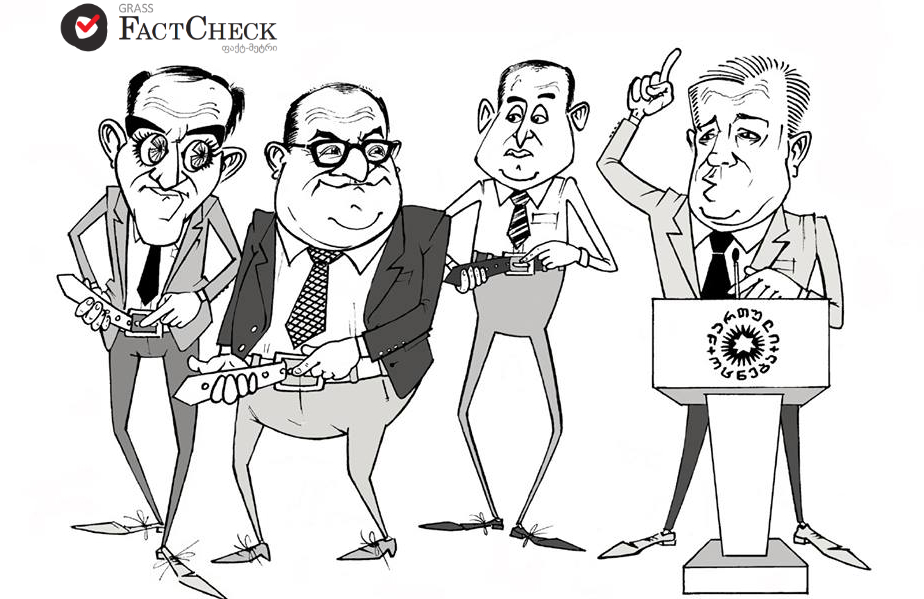 On 15 November 2016, during his interview with the Pirveli TV channel, one of the leaders of the United National Movement, Zurab Chiaberashvili, assessed the condition of the GEL exchange rate as well as that of the economy in general. Mr Chiaberashvili stated: “Mr Khaduri and Mr Kvirikashvili presented their action plan for eradicating the depreciation of GEL to the joint committee session of the Parliament of Georgia back in March 2015 and the issue of tightening belts was announced at that time as well. About a year-and-a-half has passed and we are still in the same situation. We have been telling this to them for so many years; however, they still continue increasing bureaucratic expenditure, taking domestic debts and putting the economy in a tight spot.”

In 2015, the then Prime Minister of Georgia, Irakli Gharibashvili, and his Cabinet did indeed announce the policy of tightening belts. This policy envisaged the decrease in bureaucratic spending.

The 2016 budget plan set the bureaucratic spending at GEL 2,480 million, exceeding the budget plan of the previous year by almost GEL 160 million. According to the statistics of the 2016 budget implementation, the payments in the field of bureaucratic expenditure are going according to the plan so far and it is highly likely that by the end of the year the implementation figures will meet the requirements of the initial budget plan.

According to the same document, the growth of the domestic debt in 2016 was set at GEL 200 million (see FactCheck’s article

about this issue). This means that the growth of bureaucratic spending and domestic obligations were practically equal. In addition, apart from the growth of the domestic debt, the State Audit Service underscores the method for calculating the debts and recommends that the government review its debt calculation policy.

The 2017 state budget plan was first registered on 1 December 2016. Hence, Zurab Chiaberashvili was making his statement based upon the initial budget project and not the official plan. On 1 December 2016 the Ministry of Finance of Georgia presented a new budget plan. According to this project, the administrative spending is set at over GEL 2,392 million. This is almost GEL 57 million more than it was in 2016; however, if we look at the share of administrative spending in overall spending figures it is evident that in 2016 it equalled 29% whilst the 2017 budget plan sets it at 27.8%.

According to the implementation statistics of the 2015 state budget, administrative spending did not decrease after the statements of the Minister of Finance of Georgia and the Minister of Economy and Sustainable Development of Georgia. Expenditure did not decrease according to the 2016 state budget implementation statistics either. Furthermore, administrative spending in 2016 increased by almost as much (GEL 160 million) as the domestic debt (GEL 200 million).

Based upon this information, FactCheck concludes that Zurab Chiaberashvili’s statement is MOSTLY TRUE.
თეგები: