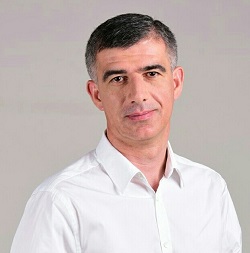 In the last few years, facts of kidnapping people from the occupation line have doubled and even trebled

Representative of the United National Movement’s Gori organisation, Badri Basishvili, spoke about the Government of Georgia’s softened policy towards Russia and stated that because of this kind of approach, the Kremlin continues more vigorously with its annexation process. Mr Basishvili believes that the frequent kidnapping of citizens of Georgia from the villages adjacent to the occupation line is a result of such a soft policy.

Badri Basishvili stated (from 21:41): “The Georgian Dream came to power already five years ago and cases of kidnapping Georgians from the so-called border line have doubled and even trebled.”

Incidences of detaining people in the Shida Kartli region, adjacent to the dividing line, have been happening since the war in August of 2008 when the Georgian villages of Didi Liakhvi, Patara Liakhvi and Prone Gorges ended up on the territory controlled by the Ossetian side. Citizens of Georgia, living closer to the occupied territories, are regularly being sent to a Tskhinvali detention facility for cultivating their land, picking bladdernut, hunting or cutting firewood in the nearby forests. Additionally, people living on the Georgian-controlled territory have to comply with the “Ossetian police” in order to be allowed to visit relatives or graveyards of their family members. At present, the total number of civilians who have been illegally detained after the war is approximately 1,000.

FactCheck has already written about the growth trend of detentions of Georgian citizens in the conflict zone for illegal border crossings.

In total, 398 Georgians were arrested on charges of illegally crossing the so-called “border” in the period after the August war and under the United National Movement’s rule (from September 2008 to 2012). During the Georgian Dream’s rule, the number of detained citizens has already reached 602. This means that an average of 80 people were detained annually under the United National Movement whilst this figure grew to 120 annually under the Georgian Dream.

Citizens who have been detained can leave the Tskhinvali detention facility after paying a fine which amounts to approximately RUB 2,000. In the case where the same individual is detained again, the fine becomes doubled. 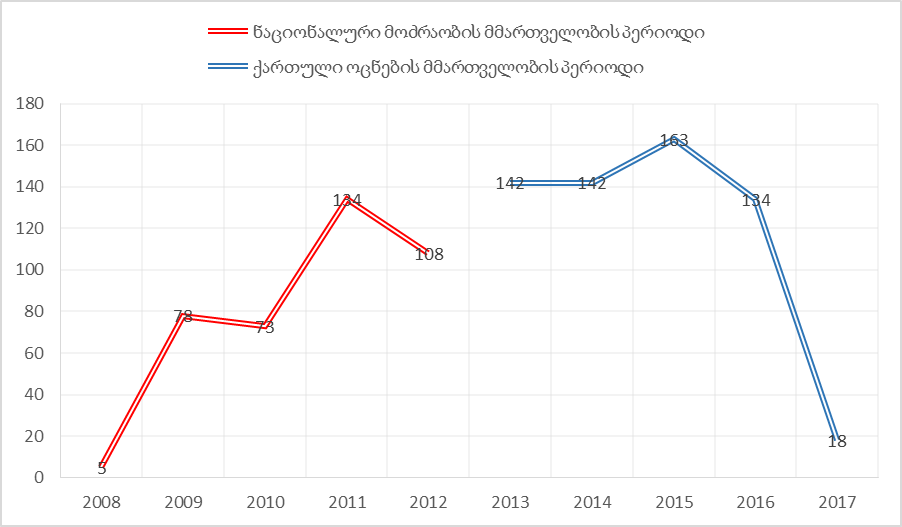 If we take a look at observations from the past few years, we will see that the cases of detention of Georgian citizens are usually on the rise from mid-May because citizens from the Khashuri and Sachkhere districts begin picking bladdernut in the forest where there is no barbed wire or warning signs posted. As a result, the local population is often unaware of the exact location of the occupation line.

Information obtained by FactCheck illustrates that the average number of detentions in the last four years has indeed increased (by 1.5 times) as compared to the previous years. However, the figure has not doubled or trebled as claimed by the politician. Thus, Badri Basishvili’s assessment is exaggerated to some extent although a growth trend is visible.

cannot assert straightforwardly whether or not the increased number of kidnappings of Georgian citizens is the result of the Georgian Dream government’s soft policy vis-à-vis Russia or because of the frequent provocations on the part of the de facto South Ossetian occupation regime. Therefore, we assessed only the factual part of Mr Basishvili’s statement.