During his speech at the Global Security Forum, the Prime Minister of Georgia, Giorgi

Mostly True
The application is accurate, but requires additional information and/or definition
Facebook Linkedin Twitter Print
During his speech at the Global Security Forum, the Prime Minister of Georgia, Giorgi Kvirikashvili, spoke about Georgia’s achievements and stated:

“There is one of the lowest rates of corruption in Georgia and we are ahead of many European nations in this regard.”

Transparency International publishes the Corruption Perception Index (CPI) annually. The Index is prepared on the basis of research conducted by different international organisations and determines the corruption perception level in the public sector by providing country rankings. It is based on interviews with the population and, therefore, demonstrates people’s perceptions of corruption and not actual corruption levels. The CPI is one of the most reliable indices in the world and shows how perceptions differ in various countries. As of 2016, Georgia occupied the 44th

place among the 176 countries in the aforementioned ranking. 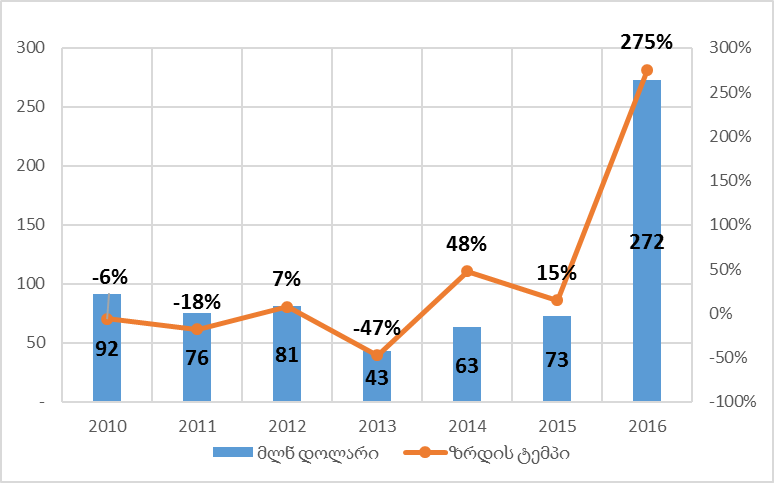 Georgia’s positioning in the ranking has been constantly improving with 2013 being the only exception.

As for the data for 2016, the CPI is the lowest in Denmark and New Zealand (90 points). These two countries are ranked first in the CPI rating whilst Somalia registered the highest CPI (10 points).

in terms of its corruption level among the countries of the Europe and Central Asia region.

Georgia is ahead of many European countries in terms of the CPI. Of the 27 member states of the European Union, ten are outperformed by Georgia (Czech Republic, Croatia, Cyprus, Italy, Hungary, etc) whilst Georgia is ranked 1st

in terms of the CPI in the Central Asia region.

Conclusion According to Transparency International’s Corruption Perception Index (CPI) for 2016, Georgia ranked 44th out of the 176 countries in the rating. The CPI shows that Georgia has a better performance as compared to many European countries, including some EU member states, whilst it ranks 1st

in the Central Asia region.

Of note, however, is that the Prime Minister was talking about the level of corruption in Georgia whilst the CPI refers to the population’s perception of corruption and not the actual corruption level. Nevertheless, as there is no other large-scale research in regard to corruption, Transparency International’s Index is a relevant resource for assessing corruption levels.