At the session of the Parliament of Georgia, Agrarian Issues Committee Chair, Otar Danelia,

True
The statement is accurate and nothing is missing
Facebook Linkedin Twitter Print
At the session of the Parliament of Georgia, Agrarian Issues Committee Chair, Otar Danelia, highlighted the increased export of Georgian wine and stated:

“Georgian wine export to Poland increased by 20%, to Germany by 57% and to the USA by 68%. This amount of wine has not been exported in Georgia’s entire history. In total, more than 61 million bottles were exported.”

Wine export in previous years is illustrated in the table below: 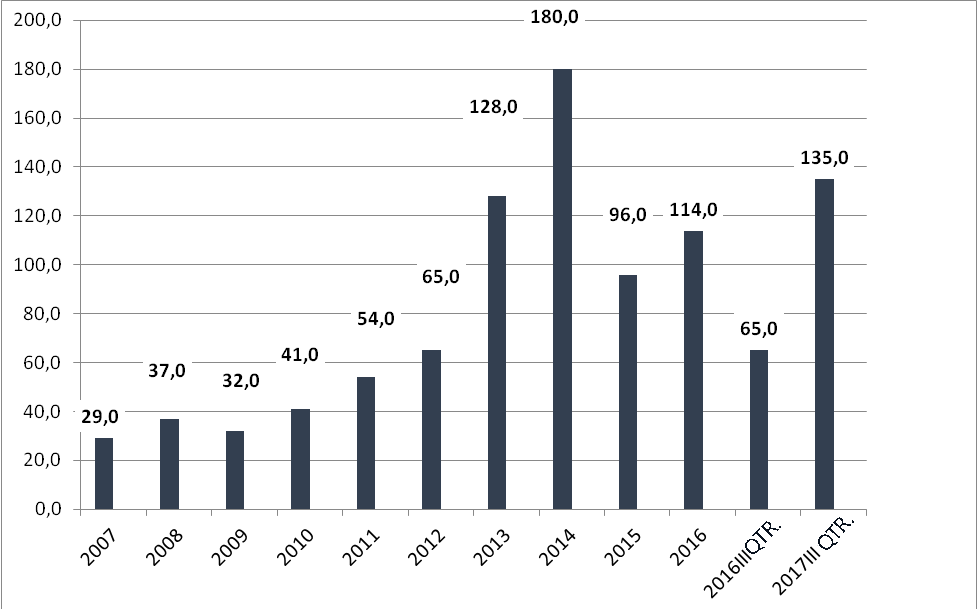 As illustrated by wine export statistics, wine export did indeed reach its historic maximum (61 million bottles) between January and October this year.

Recent positive events see Georgian wine being exported to more and more countries each year with new markets being entered. However, more vigorous measures need to be taken to further popularise Georgian wine, especially now that the world’s oldest wine was discovered