We have significant progress in agriculture

False
The statement is inaccurate
Facebook Linkedin Twitter Print
The Prime Minister of Georgia, Giorgi Kvirikashvili, attended the European Neighbourhood Programme for Agriculture and Rural Development (ENPARD)’s final conference of its first phase (2014-2017) together with the Minister of Agriculture of Georgia, Levan Davitashvili, and the Ambassador of the European Union (EU) to Georgia, Janos Herman. In his speech, the Prime Minister emphasised the development of agriculture and noted:

“We have proclaimed that the development of agriculture and villages are one of our priorities. Today, we indeed have significant progress in this field.”

A country’s economic growth is measured by changes in its real added value. In order to see progress in the agricultural sector, we have to compare the real added value produced in that field to the same figure of the previous year. This method helps to avoid the growth of value as a result of price increase (inflation). 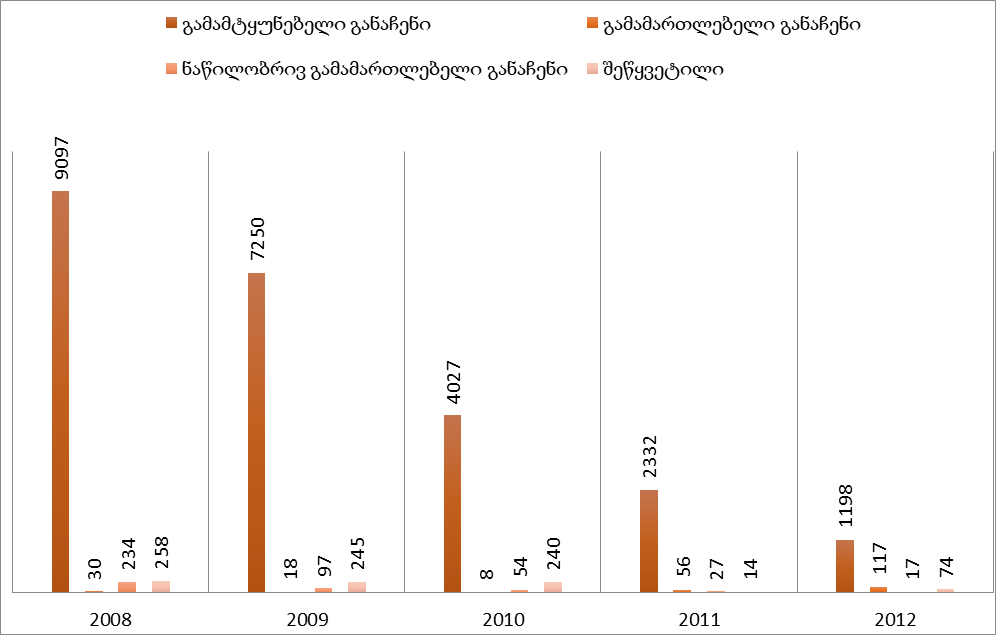 Real production in agriculture this year (in the first three quarters) decreased by 2.7%.

In order to obtain a detailed analysis of processes in agriculture, it is important to overview the production dynamics of animal products as well. 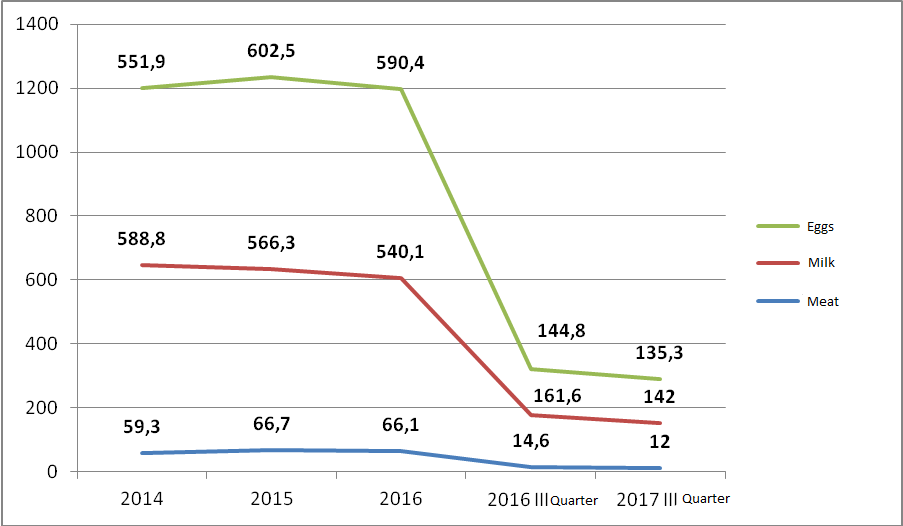 In order to assess progress in the field of agriculture, a look at the area of cultivated land is also important.

According to the data of the National Statistics Office of Georgia, the area of cultivation of spring and autumn crops has been declining since 2013. The area of agriculture land was 22.8% less in 2016 as compared to 2013. The largest decrease (by 30.5%) is seen in the area of spring crops.

It is also important to highlight those projects which have been carried out for agricultural development with the support of the state.

As illustrated by Graph 1, the highest real growth rate (11.3%) in agriculture was registered in 2013. It was also in March 2013 that the Preferential Agro-Credit Programme was launched in order to provide affordable long-term loans for farmers. A total of 154 new enterprises were established and 700 others were enlarged between 2013 and 2016 as a part of the programme. Preferential loans amounting to USD 197,874,322 and GEL 690,662,461 were also issued

in the same period of the programme.

The volume of co-funding within a co-funding project for processing and storage enterprises amounted to USD 6,710,445 by 2017.

An agricultural insurance project was launched in September 2014. A total of 29,719 insurance policies were opened with the total amount of premiums paid by the insurance agencies reaching GEL 14,658,868.

The Small Farmer Spring Work Assistance Programme took place between 2013 and 2016. A total of 827,332 hectares of land was cultivated in this period with the total amount of beneficiary benefit having reached GEL 340,265,800. In spite of subsidies (vouchers, diesel and mineral fertilisers) issued for the cultivation of agricultural land the area of cultivated land has been declining annually since 2013. The programme ended in 2017.

In spite of certain interventions of the Government of Georgia in the field of agriculture, the real growth rate of agriculture has been decreasing since 2013. In 2017, the volume of agriculture (in real value form) further decreased.

In the third quarter of 2017, the production of animal products also decreased as compared to the same period of the previous year. Specifically, meat production dropped by 18%, milk production by 12% and egg production by 7%. In addition, the area of cultivated land also has a tendency of decrease.

Even though the Government of Georgia has carried out several programmes to support agriculture, the field has failed to become a driving force behind the country’s economic growth and remains dependent on subsidies.