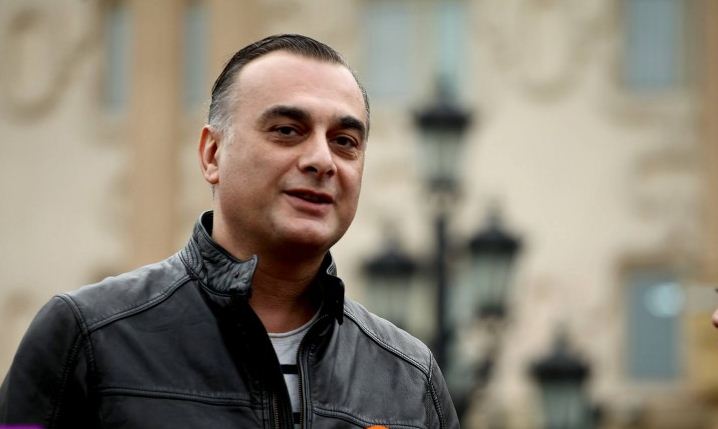 Former United National Movement mayoral candidate for Tbilisi, Zaal Udumashvili, spoke about the chaotic construction situation in Tbilisi which has been ongoing for many years already. Mr Udumashvili emphasised that nothing has really changed in this regard under the Georgian Dream with one possible way out, albeit not the only one, in adopting a general development plan for the city.

“GEL 1,900,000 was paid to the Tbilisi budget from the selling of construction coefficients in 2013 whilst the estimated amount of money which the budget is supposed to receive from selling coefficients in 2018 is GEL 19 million.”

was made to Article 5 of the Law of Georgia on Local Fees with the fees for issuing special (zonal) agreements added. This amendment stipulated that a developer was able to pay the fee in order to increase the number of floors of a building under construction on the basis of a respective zonal agreement.

In accordance with a Tbilisi City Council ordinance

issued on 12 December 2014, fee rate for special (zonal) agreements upon the territory of the Municipality of Tbilisi as well as rules for their payment were approved.

The aforementioned ordinance stipulates the calculation of the fee rate using the following formula:

In accordance with the aforementioned ordnance, the fee per one square metre of added area should not exceed GEL 400 (the fee has been kept at the same level since 2007).

On 24 May 2016, in accordance with Tbilisi City Council’s ordinance,

increasing the K2 coefficient in the central parts of Tbilisi was temporarily suspended.

took interest in the amount of money paid to the Tbilisi city budget over the years in which a fee was imposed for increasing the K2 coefficient (the fee for issuing special zonal agreements).

As illustrated by the table, the fee for increasing the K2 coefficient (the fee for issuing special zonal agreements) has been on the rise from 2013 with the actual income received from the fee exceeding the planned amount in the last years. In 2013, the total amount of fees for increasing the K2 coefficient reached GEL 1,929,000 whilst GEL 19 million will be paid to the Tbilisi City budget from the fees based on the draft for 2018.

The former Mayor of Tbilisi, Davit Narmania, thought that the selling of K2 construction intensity coefficients was a flawed practice introduced by the United National Movement. However, under his tenure as mayor, 1,037 agreement were issued over a period of two years with the number of issued agreements reaching 1,948 between 2009-2014. Therefore, under the United National Movement’s rule (from 2009 to August 2014), 336 permits were issued by the Municipality of Tbilisi for the purposes of increasing the K2 coefficient whilst an average of 518 permits were issued from August 2014 to August 2016. As a result, the “flawed practice” was continued even more actively under the Georgian Dream (see article). Of additional note is that 39,776 construction permits were issued

The K2 construction intensity coefficient fee (fee for issuing special zonal agreements) was imposed in 2007 which means that each developer is able to increase the number of floors in a building under construction by paying the designated fee and based on respective zonal agreements.

The K2 construction intensity coefficient fee (the fee for issuing special zonal agreements) added GEL 1,929,000 to the Tbilisi city budget with GEL 10 million estimated to be paid to the budget in 2018.

Undoubtedly, the growth of income for the municipal budget is a welcoming fact. It is also obvious that the construction business contributes significantly to Georgia’s economic growth. However,the practise of adding floors in the process of building construction needs to be regulated by appropriate means.

In spite of the factual innaccuracy in regard to the figure regarding 2018 but taking the full context of the statement into consideration, Zaal Udumashvili’s statement is MOSTLY TRUE.
თეგები: