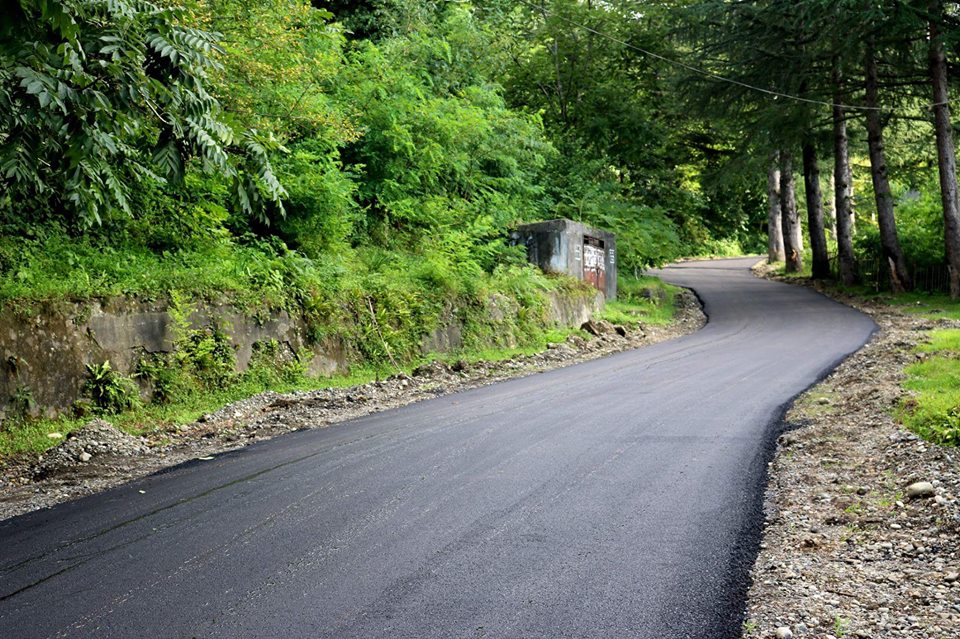 In accordance with the contract, construction work should have started no later than 1 March 2016 and be completed in 100 working days. During the three-year guarantee period, the service provider was responsible for rectifying all problems. The construction work was completed two years ago. Even though the guarantee period had not yet expired, the Ajara Autonomous Republic Roads and Melioration Systems Department announced an electronic tender without auction to purchase GEL 1,944,000 in services for the reconstruction of the exact same section of road. The Department once again concluded a contract

with Samkutkhedi LTD. The contract envisions clearing trees and bushes from the territory adjacent to the road.

For further information, this is the road by which gigantic-sized trees, prepared for transplantation in the dendrological park, will be transported.

Analysis The United National Movement faction head at the Ajara Supreme Council, Elguja Bagrationi, stated: “GEL 2 million has been allocated from the budget to enable the transportation of Bidzina Ivanishvili’s trees to the Black Sea. One year ago, GEL 760,000 was spent for the rehabilitation of the Alambari-Zeniti road. Today, because Bidzina Ivanishvili’s trees are too large to be transported on that road, a highway is being built in the direction of Alambari-Zeniti with GEL 2 million being spent to this end.” Mr Bagrationi also filed a lawsuit

at the Prosecutor’s Office against the Government of the Ajara Autonomous Republic and requested launching a probe into the embezzlement of budget funds.

On 16 March 2018, the Roads and Melioration Systems Management Department of the Ajara Autonomous Republic announced a tender for the reconstruction of the Alambari-Zeniti road’s Km 0+000 – Km 4+8000 section located in the Kobuleti municipality. Four companies submitted their bids in the tender. Of these, three companies were disqualified and the contract (the date of the contract is from 29 June 2018 to 27 October 2018) was awarded to Samkutkhedi LTD. This company carried out similar construction work on the very same road section in 2016, too. Two years ago, five companies took part in the tender. Samkutkhedi LTD offered the lowest price to the customer and the Department opted to use this company’s services and concluded a respective contract.

studied both contracts and compared them to each other.

In accordance with the contract concluded between Samkutkhedi LTD and the Roads and Melioration Systems Management Department of the Ajara Autonomous Republic on 29 June 2018, demolition work was to be carried out at the first stage. As part of this stage, the territory adjacent to the road also had to be cleared from trees and bushes and roots had to be taken out. This kind of work implies that road enlargement was planned. In addition, both the 2016 and 2018 contracts include provisions in regard to the following activities:  building gabions, soil processing by excavator, manual processing of soil, installing of metal grates over open channels, construction of a metal culvert, placing a gravel cushion cover under the culvert, construction of a wall foundation with a monolithic concrete structure, building the body of the wall and parapet with a monolithic concrete structure, installing two-layered hydro insulation, the construction of the wall’s anterior rock slope with gravel, etc. (a detailed list is given in the contracts). Of interest is that the new contract envisions the building of a temporary road. In general, the differences between the two contracts appear in the projected volume and the cost of the work. According to the 2016 contract, the service provider has to carry out work valued at GEL 634,887 whilst the 2018 contract envisions work valued at GEL 1,944,000.

Of note is that the first contract envisioned a three-year guarantee period. This means that if the road were damaged within that period, the service provider was responsible for making repairs at its own expenses. The three-year guarantee period has not yet expired although the Department announced a new and more expensive tender. The opposition and the local population are speaking about road enlargement which is necessary to transport the trees purchased by Bidzina Ivanishvili. The Acting Head of the Roads and Melioration Systems Management Department, Archil Chikovani, also confirmed that the road is supposed to be enlarged. However, according to Mr Chikovani, this is not because of the transportation of trees but owing to the necessity of slope reinforcement work at a section of the road prone to landslides. Mr Chikovani clarified that the work had been planned because of the increased frequency of car accidents. Of interest is that the Road and Melioration Systems Management Department gave a different answer from that of Mr Chikovani when FactCheck asked about the need to carry out new construction work on a section of the road which had already been reconstructed two years ago. The Department said:  “The reason to announce a tender for the same section was for damages to the road which occurred because of natural hazards during the autumn-winter of last year.

contacted Sulkhan Giorgadze, a Kobuleti City Hall representative at the Zeniti administrative entity. Mr Giorgadze stated that the aforementioned road section was not seriously damaged although large vehicles had difficulties to move on that road and that is why a decision was taken to enlarge it. However, in its letter, the Roads and Melioration Systems Management Department underlines the damages to the road inflicted as a result of natural hazards. In accordance with Mr Giorgadze’s information, there is no alternative way to transport trees for transplantation in the dendrological park. The Roads and Melioration Systems Management Department also does not see a connection between road enlargement and the transportation of trees. However, it is a fact that the trees are ready for transit but have so far not been able to be transported.

FactCheck paid attention to one additional detail. Specifically, the population of several villages located in the Kobuleti municipality; specifically, Dagvi and Kakuti, have been asking for road repair for several years already. FactCheck took interest in the guidelines used to select roads for rehabilitation work. The Roads and Melioration Systems Management Department responded that the roads under its jurisdiction are given priorities in terms of the following criteria: road damage level, traffic intensity, number of population and other economic factors.
თეგები: