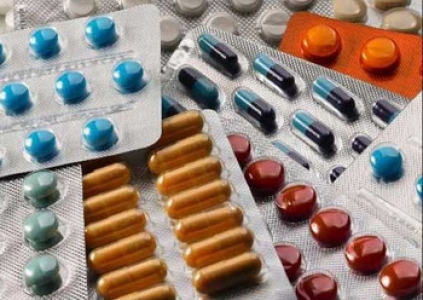 In 2017, a state programme for providing medicine for chronic diseases was launched in Georgia. As part of the programme,

medicine for cardiovascular, lung and chronic thyroid diseases as well as for type II diabetes (not insulin dependent) is provided. In total, the state provides 23 types of medicine. At the initial stage, the programme was launched to cover socially vulnerable citizens (with ranking points not exceeding 100,000) with chronic diseases. In order to be covered by the programme, a beneficiary is required to submit form N100, prove the existence of a chronic disease, include a doctor’s prescription for medication and submit a personal ID number. The programme beneficiary is able to receive a three-month supply of medicine for one time. Socially vulnerable citizens pay a co-payment of GEL 1.

In accordance with the calculations of the Ministry of Internally Displaced Persons from the Occupied Territories, Labour, Health and Social Affairs of Georgia, the medication funding programme was to cover 150,000 to 200,000 people. However, as reported by the Ministry itself, only 13,010 people used

the “state programme for providing medicine for chronic diseases” in 2017. It is difficult to obtain estimates beforehand on how many people would use the programme but it is true that there is a huge gap between the actual number of beneficiaries and the Ministry’s numbers. In addition, the programme is new with the number of beneficiaries increasing gradually over time. If we take a look at its budget fulfilment figures, we will see that 2018 has also not shown a high demand for usage.

The budget for the state programme for providing medicine for chronic diseases in 2018 amounts to GEL 10 million. In accordance with the data

for the first six months of 2018, expenses amount to GEL 102,000 which is 5% of the six-month adjusted plan (GEL 2,044 thousand) and 1% of the annual plan. The low involvement of the population in the programme and the 5% budget fulfilment rate attest to its inefficiency.

Since 3 September 2018, the state programme has also started to cover old age pensioners and disabled people. However, these beneficiaries are supposed to make co-payments which sometimes amount to 50% of a medication’s cost. As of 1 August 2018, the retail price for medications on the Georgian market was determined to be their market price (a list of medications, the amounts of co-payments and their retail prices is accessible at this link). At the beginning of this year, the Minister of Internally Displaced Persons from the Occupied Territories, Labour, Health and Social Science, Davit Sergeenko, and the Chair of the Healthcare and Social Issues Committee of Georgia, Akaki Zoidze, stated that the number of state-funded medications would increase from 23 to nearly 45 (see link 1; link 2).

However, the number of state-funded medications has not yet increased.

With the cooperation of the Ministry of Internally Displaced Persons from the Occupied Territories, Labour, Health and Social Science, the market prices for several types of medication for treating type II diabetes have been almost halved beginning from 13 August 2018. Pharmacy companies took the decision to decrease prices for medications as a part of their social responsibility (reduced profits or maybe even at the expense of actual loss). Social responsibility in business implies the goodwill to solve a certain problem. At the same time, such initiatives have a positive effect on a company’s reputation.

An endocrinologist from one of Georgia’s leading clinics provided us with a list of the most frequently prescribed medications for treating type II diabetes mellitus. These medications are as follows: Metformin, Glimepiride, Repaglinide, Gliclazide, Pioglitazone, DPP-4 inhibitors (sitagliptin), SGLT-2 inhibitors (dapagliflozin), etc.

Prices within different pharmacy networks have been halved only for three medications:  Metformin, Gliclazide and Glimpiride (brand name:  Siofor, Diabeton, Amaryl). These medications are frequently used for treating type II diabetes mellitus. However, these aforementioned medications are not overly expensive. In addition, they are already provided to vulnerable groups which are covered by the state programme.

Old and New Prices on Medications for Type II Diabetes

verified the prices of several medications for treating type II diabetes which are not funded  as a part of the state programme (see Table 2). For clarification, we would like to add that these medications are in the list of those which are also frequently prescribed by endocrinologists for treating type II medication. If we take a look at the given prices, citizens with type II diabetes may have difficulties affording the cost of those medications which are not part of the state programme or whose prices have not been reduced owing to the social responsibility actions of some pharmacies.