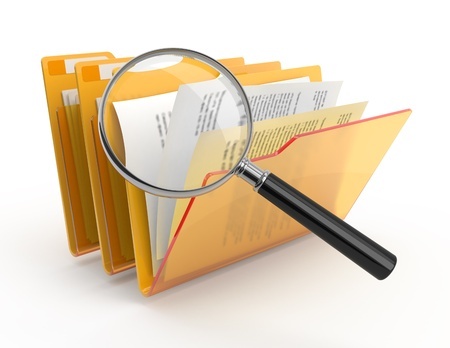 FactCheck Newspaper
FactCheck Newspaper
Facebook Linkedin Twitter Print
Representatives of the Government of Georgia often talk about progress in regard to the transparency of public agencies. In September 2017, Georgia became the Open Governance Programme (OGP) chair country which is undoubtedly welcoming. However, as FactCheck’s experience – and not only FactCheck’s – shows, simple issues such as obtaining public information may oftentimes become a problem for citizens. Even though state accountability towards its citizens and transparency are one of the OGP’s core key components, it is not uncommon for FactCheck

decided to bring specific facts to its readers vis-à-vis a state agency, without any reason, not providing the public information we requested.

In accordance with Article 40 of the General Administrative Code of Georgia, public agencies have the obligation to release public information immediately or no later than ten days if releasing the information requires the processing of different data. Unfortunately, it is a very rare occurrence for us here at FactCheck

to receive information immediately. In addition, the ten-day legal requirement is violated quite frequently. Moreover, there are public agencies which in some instances have not provided our requested public information in ten months, let alone ten days. Of note is that we have not received an argumentative refusal as to why we do not receive an answer and, moreover, in most cases it is very difficult to obtain a telephone contact as well. All the aforementioned constitutes a clear and blatant violation of the law.

for public information. We have not yet received an answer.

Of necessary note is Ministry of Justice’s Legal Entity of the Public Law (LEPL) the National Bureau of Enforcement which has not replied to our letter of 18 April 2018 requesting public information (our questions were about the number of debtors registered in the Debt Registry). We were periodically contacting the Bureau and inquiring as to the reasons for the delays in receiving an answer. Initially, we were told to wait and were denied any opportunity to talk with a person responsible for release of this public information. After some time, the Bureau stopped answering FactCheck

The National Agency of Public Registry is another LEPL of the Ministry of Justice which ignores FactCheck’s requests for public information. In a letter we asked for information about the number of requests submitted by Georgian and foreign nationals as well as by commercial banks and microfinance organisations in the period of 16 June to August 2017 to register changes in the designated usage of land plots. We further inquired how many requests had been satisfied and how many of them had been requested and what the state of “current affairs” looked like. In response, the Agency asked for ten days to process the information. However, ten months have passed since that day and FactCheck

FactCheck submitted a request to the Ministry of Finance as early as November 2017 asking for information about the labour remuneration, bonuses and salary supplements for deputy ministers. Initially, in a telephone conversation, the Ministry said that answers to our questions were being processed. Afterwards, a person responsible for the release of public information told us bluntly that his superior directed him to not answer our questions. FactCheck sent another letter

with the same request for public information on 8 June 2018 and, not unexpectedly, there has been no response as well.

On 16 March 2018, FactCheck sent another letter

to the Ministry of Finance asking for the Minister’s decree determining the authority of the first deputy minister. Legally, there should have been an immediate reply but, in fact, we received no reply from the Ministry. During our attempt to inquire further into the situation, we were asked to wait for 15 minutes so that they could find our letter. However, after that they never answer our telephone calls.

On 16 March 2018, FactCheck sent a letter to the Ministry of Finance’s LEPL Revenue Service

requesting public information. We have not yet received a reply and our telephone calls are repetitively answered that the “information is being processed.”

For FactCheck’s work, requesting public information from state agencies is of paramount importance. Therefore, we will remain active in this regard and continue to bring cases similar to these aforementioned facts to the attention of our readers.
თეგები: