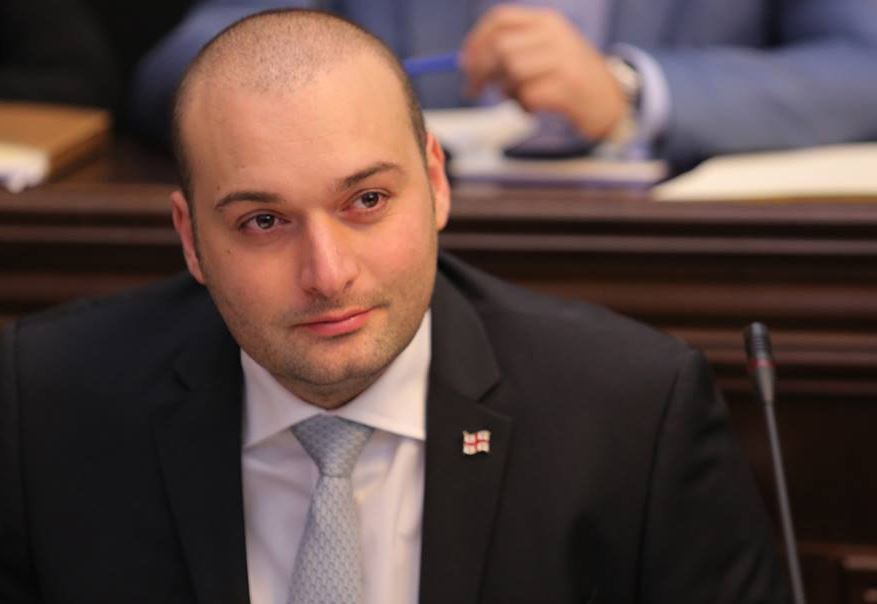 Since 2012, we have improved our positions in every field, be it media pluralism, human rights or transparency

Verdict: FactCheck concludes that Mamuka Bakhtadze’s statement is HALF TRUE. Resume: In

Half True
The statement is partly accurate, but the details are missing or some of the issues are without context
Facebook Linkedin Twitter Print
Verdict: FactCheck concludes that Mamuka Bakhtadze’s statement is HALF TRUE. Resume: In accordance with Freedom House’s 2018 research, media freedom in Georgia has improved since 2014 (reached 4.00) and a positive trend was maintained until 2017. Since 2018, Georgia’s media freedom index returned to its 2012 figure (4.25). In accordance with another research study by Freedom House strictly focused on media freedom, Georgia garnered 50 points and ranked 102nd from 199 nations in 2017. In this aspect, Georgia’s best performance was in 2014 when the country’s index was equal to 47 points. Since 2015, Georgia’s performance has started to worsen and it reached 49 points in 2016. In 2012, the country had 52 points in this ranking and was in the 111th position. In a 2018 report by Reporters Without Borders, Georgia is given 27.34 points and ranks 61st from 180 countries. In 2012, Georgia had 38 points and ranked 105th.

Since then, the country’s performance is getting better every year although it is still in the list of problematic countries. In IREX’s 2018 research, Georgia’s average points were 2.31. This means that Georgia’s performance has worsened as compared to 2017 (2.34 points). Of IREX’s research studies, Georgia’s best performance was in 2014 (2.63 points) but the country has been regressing annually since then. In regard to human rights, Georgia is regarded as partially free and there has not been significant progress in this regard since 2015.

There have been steps forward in terms of transparency although monitoring reports have illustrated that there is no sufficient level of action plan implementation owing to certain impediments. Georgia has achieved significant progress in terms of accessibility to open data. In accordance with the Open Data Barometer 2018 index, Georgia garnered 37.44 points from the possible 100 and was ranked 40th in the world. In accordance with the same index for 2015, Georgia was given 16.79 points and ranked 60th.

Therefore, Georgia has improved its rankings in international surveys in terms of transparency since 2013 as well as in terms of development in both media and human freedoms. However, the trend did change between 2015-2016 where point rankings decreased or returned to 2012’s positions in some cases.

Analysis At the international World Upside-Down 2018 conference held in Tbilisi, an analyst from the Financial Times asked the Prime Minister of Georgia: “Are you accountable to Bidzina Ivanishvili? Who is your boss?” Mamuka Bakhtadze replied:

“I do not think we have an oligarchy situation for many reasons… We won the elections in 2012. The country’s international rankings are the best answer to the question of what changes this has brought. We improved our positions in every field, be it media pluralism, human rights, transparency, etc.”

Freedom House is one of the most authoritative organisations conducting research on the state of media freedom and human rights in the world. In accordance with its methodology, countries are assessed on a scale from 1 to 7 where 1 indicates a high level of democracy and 7 indicates a low level of democracy. In accordance with Freedom House’s 2018 report entitled Countries in Transition,[1]

the level of media freedom in Georgia has improved since 2014 (reached 4.00) with this trend having continued until 2017. It returned to the 2012 figure (4.25) in 2018. The report says that the decrease in points for media freedom was caused by the polarised editorial policy of Georgia’s Public Broadcaster, pressure against Rustavi2, a television channel critical of the government, and the consolidation of pro-government private television stations. In regard to the freedom of civil society, it remains unchanged since 2009 and constitutes 3.75 points.

Source: Freedom House Apart from the aforementioned, Freedom House annually publishes a research study which is focused strictly on media freedom in the world. The most recent report which is currently available was published in 2017. Countries are assessed on a scale from 0 to 100 where 0 is the best performance and 100 is the worst performance. In accordance with the 2017 research on press freedom, Georgia garnered 50 points and was ranked 102nd from 199 nations. This attests to the country’s partial media freedom. Georgia’s best performance was in 2014 when its index was 47 points. Since 2015, Georgia’s performance started to get worse, reaching 48 points and then 49 points in 2016. In 2012, it had 52 points in this field and was ranked 111th.

In accordance with the report, political polarisation as well as close connections between the media and politicians negatively affect the sector in spite of Georgia being a country with one of the most free and plural media environments.

Source: Freedom House   Reporters Without Borders is another organisation which also studies the level of media freedom in different countries. It uses seven criteria to determine the media freedom index on a scale from 0 to 100 where 0 is the best performance and 100 is the worst performance. In accordance with the data for 2018, Georgia is given 27.34 points and ranks 61st from 180 countries. Even though Georgia’s points and rankings improved as compared to the previous year’s figures (in the research for 2017, Georgia’s media freedom level was assessed at 27.76 points and the country was ranked 64th), the country still remains among the group of problematic states (indicated in orange on the map).

In accordance with the report, Georgia has a pluralist media environment but it is still not independent. The research rankings indicate that the reforms carried out in the last years have increased transparency in terms of media ownership and improved television pluralism. However, station owners still frequently interfere in editorial policy. The report also highlights the dispute about Rustavi2 and the kidnapping of the Azerbaijani journalist, Afghan Mukhtarli, from Tbilisi.

Source: Reporters Without Borders The IREX (International Research and Exchange) international organisation also measures a media sustainability index. IREX identifies five indicators for its research: free speech, professional journalism, plurality of news sources, business management and supporting institutions. Countries are assessed on a scale from 0 to 4. 0-1:  the press is not free, 1-2:  unsustainable, mixed system, 2-3:  almost sustainable and 3-4:  sustainable. In accordance with IREX’s 2018 research, Georgia’s average points were 2.31 which indicates a media environment close to sustainable. This result is worse as compared to 2017 (2.34 points). Georgia’s best performance in the IREX reports was in 2014 (2.63

points) with an annual decrease having started since then.

Source: IREX Freedom House’s research, entitled Freedom in the World, measures the state of human rights and liberties. Freedom House’s index is based on the state of political and civil rights in a country. Countries are assessed on a scale from 0 to 100 where 0 is the least free environment whilst 100 is the most free environment. In accordance with the research for 2018, Georgia garnered 64 points which indicates partial freedom. The situation in regard to political pluralism and involvement has worsened by one point as compared to the data for 2017. Although, in terms of personal autonomy and individual rights, Georgia’s performance has improved by one point as compared to the previous year. In regard to Freedom House’s freedom ranking, Georgia was given three points (1 – most free and 7 – least free). In terms of studying freedom in the world, of important note is that Georgia’s peaceful transition of power through elections in 2013

marked the improvement of political rights in the country.

Source: Freedom House In regard to transparency, the Open Governance Partnership (OGP) was established in September 2011 following an initiative of the United States Presidency. Partner countries take certain obligations in specific fields including open governance and transparency. International Transparency – Georgia carries out a regular monitoring of open governance council activities including the work process to draft and implement an open parliament action plan. Georgia joined the Open Governance Partnership in 2011. In 2014, Georgia was elected as a member of the OGP steering committee for two years and the co-chair country in 2016. Since 19 September 2017, Georgia has become the OGP chair country. However, there are certain problems and challenges in terms of implementing the foundational principles of open governance in public administration within the policy of the Government of Georgia. The first report on the monitoring of the open parliament says that Georgia’s open parliament action plan contained 18 obligations in total in 2016. Of these, four obligations have been fulfilled and 14 remain unfulfilled. In accordance with the second report,

the Parliament of Georgia’s 2015-2016 action plan contained 18 obligations with five of these having been fulfilled and 13 remaining unfulfilled.

Access to open data is important in terms of transparency. The Open Data Barometer studies how governments publish open data and use them for accountability and innovation. In the research for 2016 (this is the most recent one) for the Open Data Barometer, 115 countries were assessed on a 100-point scale (0 – the lowest level of accessibility to open data and 100 – the highest level of accessibility to open data). Georgia garnered 37.44 points and was ranked 40th in the world. Of note is that Georgia’s performance has drastically improved as compared to 2015 (in accordance with the 2015 figures when Georgia featured in the research for the first time, the country was given 16.79 points and ranked 60th). [1] In this research, countries in transition are Russia, those of Central and Eastern Europe, those of South-East Europe (Balkans), those of the Caucasus and those of Central Asia.
თეგები: