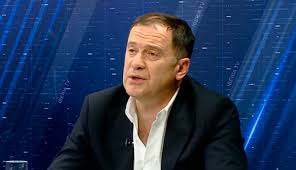 In accordance with the Public Defender’s 2017 report, the absence of an effective body for the supervision of the observance of workplace safety remains one of the biggest challenges for Georgia. The statistics about the number of dead and injured people as a result of workplace accidents is quite unstable and unpredictable.

analysed the official data provided by the Ministry of Internal Affairs, it became evident that the real picture does not correspond with Beno Kashakashvili’s figures.

In accordance with the Public Defender’s 2017 parliamentary report,

the absence of an effective body for the supervision of the observance of workplace safety remains one of Georgia’s most important challenges. The establishment of an effective labour inspection service is one of the main priorities of the EU-Georgia Association Agreement agenda.

In 2017, the Government of Georgia adopted the 2017 State Programme

for the Inspection of Labour Conditions. However, this programme did not result in the expansion or the enhancement of the inspecting body’s authority. As a result, the number of cases of identified violations during the inspection process is substantially few.

On 7 March 2018, the Parliament of Georgia adopted the Law

on Labour Safety. The Law stipulates the establishment of a mechanism which would be responsible for ensuring the compliance of obligations in regard to labour safety. In the case of detecting a violation, the supervising body is authorised to impose sanctions. However, the fact that the supervising body does not have a mandate of unconditional access to the employer still remains a significant problem.

Despite the aforementioned legislative changes, the numbers of dead and injured as a result of workplace accidents are alarming according to the statistical data

Number of Deaths and Injured as a Result of Workplace Accidents