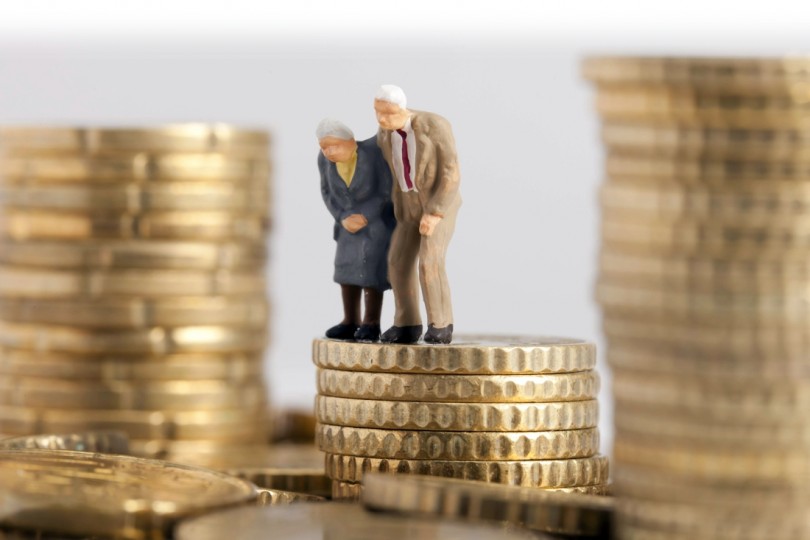 How Realistic are the Promises of the Presidential Candidates to Increase Pensions?

FactCheck Newspaper
FactCheck Newspaper
Facebook Linkedin Twitter Print
Increasing pensions is one of the main election promises of two presidential candidates – Grigol Vashadze and Davit Bakradze. In accordance with the Constitution of Georgia, the President of Georgia is not authorised to increase pensions. How are the presidential candidates going to increase pensions and does the state budget have enough resources for this? FactCheck

tried to answer these questions.

United Opposition presidential candidate, Grigol Vashadze, promises voters that he will increase pensions to GEL 400. This, however, will not happen in the case of his presidency but if the United National Movement comes to power. In fact, the promise

that political coercion is the same tool as his own signature. In other words, the president can push the Government of Georgia to increase pensions through political processes.

The aim of the state pension is to protect the social and economic rights of elderly citizens as guaranteed by the Constitution of Georgia. The state pension

is funded from the state budget of Georgia and the amount of pension is determined by the law on budget. In accordance with the Constitution of Georgia (both older and amended editions) it is the Government of Georgia’s exclusive authority to introduce the draft budget to the Parliament of Georgia or/and amend the budget (this includes the determination of the pension amount).

How much does it cost for the state to support pensioners and what is the amount of money that is needed to increase pensions by GEL 50 or to GEL 400? As of September 2018, there are 741,662 old-age pensioners in Georgia. The number of old-age pensioners increases annually by 12,000. Pension expenses in the state budget increase annually (even in the case when the amount of pension remains the same because the increased number of pensioners is still associated with higher pension expenses) as well. In 2018, GEL 1.7 billion has been allocated for pension expenses which constitutes 17.5% of total budget expenses. In accordance with the decision of the Government of Georgia, pensions will be increased by GEL 20 in 2019 and 2020. Therefore, pension expenses in the budget are also on the rise. In accordance with the 2019 draft state budget,

the component for pension expenses will be increased to GEL 1.9 billion which constitutes nearly 21% of all budget expenses.

Davit Bakradze promises the electorate that he will politically pressure the Government of Georgia to increase pensions by GEL 50 in this very year. In order to increase old-age pension by GEL 50 in November-December of this year, it is necessary to immediately amend the budget and allocate an additional GEL 74 million. Given the number of pensioners and their growth rate, at least GEL 451 million will be needed in order to increase old-age pensions by GEL 50 in the next year. A quarter of the budget funds (25.5%) will be spent on pensions.

Parliamentary discussions in regard to the 2019 draft budget are already in progress and pensions will be increased by GEL 20 from January 2019. At the same time, the accumulated pension system will be launched in January 2019. Taking these circumstances into account, we can assume that the Georgian Dream government will not make hasty amendments to the 2018 state budget. In addition, it is also less likely that there will be amendments to the 2019 draft state budget which itself is to be adopted by the end of this year.

Grigol Vashadze promises voters that pensions will become GEL 400 should the United National Movement come to power. An additional GEL 2 billion is needed for this. In total, the component for pension expenses will be increased to GEL 3.7 billion which will be at least 38% of total budget expenses. Of note is that this amount of money exceeds the total for social expenditures of the government in 2018. In accordance with the United National Movement’s concept,

it is possible to increase pensions to GEL 400 by slashing bureaucratic expenses and growing the economy.

In the 2018 state budget, administrative expenses (labour remuneration + goods and services) constitute GEL 2.6 billion. Administrative expenses include all the expenses necessary for running all public bodies, including the police and the army as well as for paying the salaries of teachers. In regard to expenses for executive and representative organs per se, the funding allocated for them constitutes GEL 396 million in the 2018 state budget. Therefore, no matter how much bureaucratic expenses are slashed, it still will not be enough to increase pensions to GEL 400. In addition, we shall not forget that the pension is not the only social expenditure in the budget and the state cannot afford to spend 38% of its budget for pension expenses alone. In the long-term and under rapid economic growth, it is certainly possible to increase budget expenses, including the ones designated for social security and pensions.
თეგები: