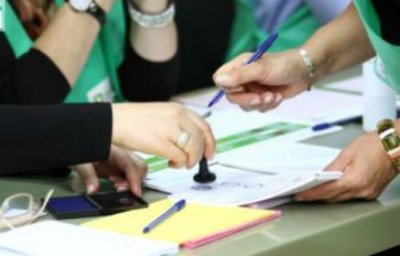 As Election Day is Getting Closer, the Government of Georgia is Getting Increasingly Active

which can be considered as a use of administrative resources in the period 60 days before citizens cast their ballots. Article 45 of the Election Code of Georgia reads that election campaigning from the organiser of any event/presentation funded from the state budget/local self-government budget is considered to be the use of administrative resources.

took interest in the events which took place in Ajara over the last weeks as well as the messages voiced by the Ajara Autonomous Republic and local self-government members. We also took interest in how the NGO sector is assessing the decision of authorities to intensify infrastructural projects before the elections and whether or not these are cases of the use of administrative resources.

Officials of the Ajara Autonomous Republic and its self-government body members attended several events a few days before elections in Batumi and other municipalities in Ajara. A list of these events is as follows:

A new kindergarten was opened

in Batumi’s Tamari settlement. The Chair of the Ajara Autonomous Republic and Batumi’s Mayor both attended the event. Tornike Rizhvadze stated that much emphasis would be made on pre-school education.

sport federations a new system for conducting sport events and international tournaments. The novelty here is that competitions will no longer be announced and any federation that wishes to have a sport event will have to address Batumi City Hall. Lasha Komakhidze stated at a meeting that he did not exclude increasing budget funds allocated for hosting international sport events.

A few days ago, a public discussion

in regard to infrastructural projects was held on Batumi Boulevard which was attended by regional and city authorities. The main emphasis was made on the establishment of an adapted environment for disabled persons. Authorities are becoming more active precisely because of the upcoming elections. The establishment of a working group with the involvement of disabled persons was announced. The initiators said that they would take the recommendations of this group of citizens into consideration. However, there are no concrete projects and those in attendance were only briefed about the general concept. Talks on the development of inclusive tourism were also held.

on the issue of an active reserve was launched in Ajara. Tornike Rizhvadze and other representatives of the government attended this event. The novelties here are that a reservist will get a full labour remuneration whilst in reserve and students will be free from compulsory military service after the completion of their five-year contracts.

Other municipalities of Ajara have also been active. For instance, Shuakhevi City Hall allocated

On 21 October 2018, the Head of the Government of the Ajara Autonomous Republic, Tornike Rizhvadze, together with the Chair of the Supreme Council of Ajara, Davit Gabaidze, and the Minister of Education, Culture and Sport of Ajara, Inga Shamilishvili, inspected

the construction of the Public College’s Khulo branch in the Khulo municipality. The event was also attended by the majoritarian MP from mountainous Ajara, Anzor Bolkvadze. The government representatives commented on the education opportunities for the youth and that they would be able to use their knowledge in the future to develop tourism in their own municipality.

The Minister of Finance and Economy of Ajara, Jaba Putkaradze, met

with representatives of regional sport federations and stated that the authorities were going to start active efforts toward developing sport tourism.

that a 1,000-square metre public square would be built at the University of Art by the end of 2019 and that the respective tender for this project would be announced soon.

The Ministry of Education, Culture and Sport of Ajara organised

As part of the Improvement of Public School Provisions sub-programme 5,916 books valued at GEL 50,075 were delivered

to the libraries of 15 public schools in Ajara’s municipalities.

Onion seeds are being given out in areas of mountainous Ajara. The Minister of Agriculture of Ajara took part

in the process himself.

in Ajara, which was launched on 1 August 2018, was prolonged to 31 December 2018. The process is being simplified and the National Agency of Public Registry is offering free services to any interested individual.

All of these events were held in October, mostly in the second half of the month. This list can be continued with more examples. What is most important is what NGO representatives think is behind the recent activity on the part of the authorities. They do not see the cases of openly using administrative resources. However, the fact that the campaign period is very busy with infrastructural projects indicates

an attempt to influence voters.

The mayor of Khulo resigned a few days before the presidential elections. The mayor was on leave until 31 October 2018 and his first deputy was in charge. On 17 October 2018, Gocha Meladze ended his leave, signed a decree on dismissing the first deputy mayor and appointed the former chief of the Khulo police directorate (who resigned a day before on 16 October) instead. After that, Mr Meladze addressed the municipal council to have his authority suspended and the council granted this request. The opposition and Transparency International – Georgia said that this decision was stipulated by pressure from the authorities. Giorgi Khimshiashvili, a lawyer, stated that Mr Meladze’s resignation constituted a violation

of the Election Code of Georgia. Point 7 of Article 49 of Chapter 6 of the Election Code of Georgia forbids changes of officials in local self-government bodies, police and the Prosecutor’s Office beginning from the expiration of the registration deadline for election participants until the end of election day unless the case is the end of the tenure of these officials and/or their violating the law. The aforementioned case will be discussed at an interagency commission session.

These circumstances lead the opposition, the media, third sector representatives and a part of the public to have the impression that the election environment is unequal for campaign participants and authorities use the means at their disposal in a manner to avoid a clear violation of the Election Code. This happens in the process of drafting the state budget in election years when all important events coincide with the campaign period.