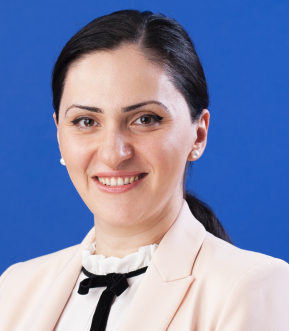 Verdict:  FactCheck concludes that Sopo Kiladze’s statement is a MANIPULATION OF

In accordance with the statement of the Chair of the Human Rights and Civil Integration Committee of the Parliament of Georgia, Sopo Kiladze, the number of preventive detentions has decreased drastically as a result of reforms implemented by the Government of Georgia.

In addition, the reason why the MP selected the 2000 and 2016 accounting periods for comparison is unclear. Given the fact that Sopo Kiladze aims to assess the efficiency of the judiciary reform implemented after the Georgian Dream came to power, it would have been more appropriate to look at the situation (for instance, 2012 data) as it was before the start of the reforms. In itself, an analysis of 2017’s data, which is already available, would have been of interest although Ms Kiladze ignores this information. The share of preventive detentions in the total number of preventive measures in 2017 increased by 5.1 percentage points as compared to 2016.

If the MP had compared the relative figures for 2012 and 2017, the picture would have been completely different. In particular, the share of preventive detentions as a part of the total preventive measures decreased by only 7.7 percentage points in this period.

Analysis The Chair of the Human Rights and Civil Integration Committee of the Parliament of Georgia, Sopo Kiladze, spoke about reforms implemented in the judiciary. She stated:

“The number of preventive detentions has drastically decreased as compared to 2000. For instance, this figure decreased by 53% as of 2016.”

In accordance with the data

provided by the Supreme Court of Georgia, First Instance Courts in 2000 applied preventive measures concerning 8,815 individuals. Of this amount, preventive detention was used for 5,194 individuals which constitutes 67.1%.

Furthermore, the selection of specific periods is important when making a comparison of data. Sopo Kiladze compares the data for 2000 and 2016. Of note is that the aim of the MP’s speech was to assess the efficiency of judiciary reforms (referring to the “three waves” of judiciary which started in May 2013) implemented under the Georgian Dream. Therefore, it interesting that she took 2000 as the point of departure. In addition, certain questions are raised by using the data for 2016 because the MP was discussing the 2017 report when making her statement. Of note is that the ratio of preventive detentions to preventive measures increased by 5.1 percentage points in 2017 as compared to 2016.

If we compare the data for 2012 and 2017, we will find that the share of preventive detentions as a part of the total amount of preventive measures decreased by only 7.7 percentage points. 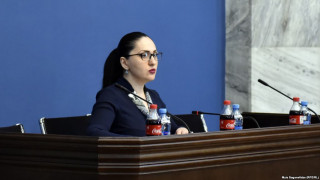