Whilst discussing the reasons for the depreciation of GEL on air on Imedi TV, a member of the United National Movement, Mikheil Machavariani, stated: “We have a shortfall in the influx of USD and GEL is failing to cope with this decrease. The major reason for this is the drop in exports. An especially major factor comprises car exports to Azerbaijan from which we used to get USD 700 million whilst now (in 2015) this figure is down to only USD 180 million. A substitution was necessary for this field but our government did not think about this.”

As a response to this, a member of the Parliamentary faction Georgian Dream – Conservatives, Paata Kvizhinadze, explained: “As for car export, USD 700 million worth of cars did indeed go to Azerbaijan; however, those cars were not built in Georgia, right?! We also spent currency when we paid for these cars in Germany. Hence, we are not talking about USD 700 million but only about tens of millions.”

FactCheckverified the accuracy of these statements.

As of 2006, car export from Georgia amounted to just USD 50 million. After 2006, as a result of several reforms undertaken by the state, the car trade developed very quickly: car registration procedures became much simpler, a new customs code was enacted which turned out to have much more liberal approaches as compared to the previous one, re-exporting goods became simpler and the taxation regime was reviewed alongside a prolongation of the time period for keeping cars in Georgia without paying customs duties. Hence, businesses were given more time to sell their cars abroad. Parallel to this, given the eradication of corruption and the normalisation of the legal system, Georgia established itself as a trade hub for second-hand cars for its immediate neighbours as well as Asian countries.

The dynamics of the external car trade are depicted in Chart 1. As the chart illustrates, the car trade doubled in two years with the growth trend continuing after the 2009 crisis and the amount of car exports equalling USD 450 million in 2011. By joining the Eurasian Union in 2012, Kazakhstan created problems for the car trade as it made car imports from Georgia much more expensive with our country ultimately losing this market altogether. The loss of the growing Kazakh market was balanced out by the largest market – Azerbaijan. Hence, the growth trend in the export of second-hand cars was maintained and a maximum indicator of USD 703 million was recorded in 2013 (USD 401 million worth of cars were exported to Azerbaijan).

Since 2014, after Azerbaijan applied the eco-standard Euro 4, problems started to arise in terms of car export. These changes made it harder to export second-hand cars to Azerbaijan which caused a sharp decrease in the exports from Georgia (see Chart 2). The overall car export to Azerbaijan was USD 268 million in 2014 whilst this number dropped to USD 64 million in 2015.

Problems are also expected on the Armenian market beginning in 2022. According to the agreement making Armenia a part of the Eurasian Union, Armenia still maintains different customs tariffs on certain goods, including cars, although the country will be obligated to move to a single, much higher tariff from 2022 which will definitely affect car exports.

The car trade has a certain influence upon currency flows and, hence, upon the exchange rate of the national currency. This year, the currency influx from car exports decreased by USD 524 million as compared to 2013. However, whilst discussing the issue one must certainly take into account the fact that there is no car industry in Georgia which means that cars sent onwards as exports are essentially re-exports. Consequently, net currency flows from these operations are in the confines of the profit margin of re-export. None of the structures in Georgia calculates these net profit margins appropriately. Hence, we are unable to state specific numbers; however, the idea that a significant part of the price of re-exported cars consists of the expenditure on the initial purchase represents a currency outflow and not a currency influx.

Despite this, according to the statistics, the difference between the overall prices of imported cars (those re-exported and those staying in Georgia as well) and exported cars has been on the decrease since 2008 with import outweighing export by just USD 6 million in 2013. Hence, as of 2013, the currency outflows caused by the import of cars for local usage or re-export were almost completely balanced by the currency influx from exports. However, the negative balance has increased since 2014 (-USD 197 million) and the overall negative currency flows caused by the car trade reached USD 281 million.

The currency inflows from the car trade in 2015 decreased by USD 524 million (including USD 241 million in Azerbaijan) as compared to 2013 and amounted to USD 180 million. As of 2013, the currency outflows caused by the import of cars for local usage or re-export were almost completely balanced by the currency influx from exports. In 2015, however, imports exceeded exports by USD 281 million owing to the decrease in the demand on the Azerbaijani market. A deficit of USD 281 million could definitely have negative effects upon the GEL exchange rate.

In addition, the stated USD 700 million was not the value of the cars exported to Azerbaijan alone but the overall value of exported cars in 2013. Car exports to Azerbaijan reached their maximum of USD 401 million in 2013.

Paata Kvizhinadze answers Mr Machavariani’s statement only in the part where he says that car export from Georgia is actually just a re-export and the benefit for the country is only the difference between the initial price and the export price. He neglects the fact that the negative balance in Georgia’s car trade increased by about USD 275 million. 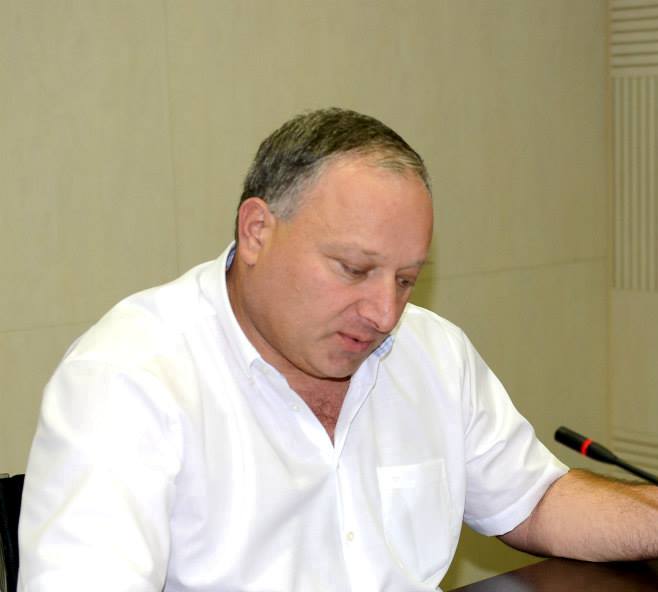