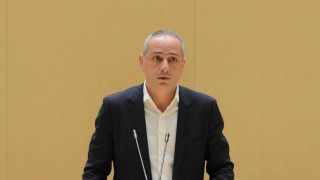 In accordance with the statistics of the past several years, crime is on the rise. In certain cases, this growth is concerning

Resume: In accordance with the statistical data published by the Ministry of Internal Affairs of Georgia, in the past few years (2016-2018) registered crime has a tendency of growth. The most concerning and unprecedented growth has been evident since 2018. In particular, in January-November 2018, total amount of registered crime increased by 58.08% as compared to the same period of the previous year and reached 53,637.

On 21 December 2018, Georgian MPs heard an annual report delivered by the Minister of Internal Affairs. One of the most discussed topics afterwards was the statistics of registered crime. The problems in this regard were highlighted not only by the member of the Parliamentary Opposition but by the Minister and the Georgian Dream MPs as well. As stated by the Parliamentary Majority member, Irakli Sesiashvili, “if we take a look at the statistical data of the past several years, unfortunately, crime is on the rise. In certain cases, I would say, this growth is concerning.”

Before we move to current increase in registered crime, of importance is to have an overview of a general picture of last years.

As the 2013 presentation of the Ministry of Internal Affairs underscores, practice of hiding crimes was quite widespread before 2003. As a result, only those crimes ended up in statistical registrar, which were guaranteed to be solved. Therefore, registered crime rate was rather low.

After the Rose Revolution in 2003, when the new government took power in Georgia, the Ministry of Internal Affairs started to sophisticate/develop data collection techniques and tactical methods. This worsened crime solving figures to a certain extent.

Despite improvements in criminogenic situation, crime solving figures has been continuously deteriorating up until 2007. However, after some time, positive dynamics of actual criminogenic situation and statistical data have started to correspond with each other. In addition, the “zero tolerance” policy, launched by the third President of Georgia in 2006, should have resulted in visible growth of registered crime in 2006.

Graph 1: Total Amount of Crimes Registered by all Investigative Bodies of Georgiain 2001-2017

Talks about possible increase in crime rate have been intense since the first days of Georgian Dream coming to power. To some extent this was a result of an unprecedented amnesty initiated by the ruling party itself and announcement of forthcoming increase in crime rate by the-then Prime Minister Bidzina Ivanishvili. However, increased crime rate was not converted into numbers and shown to public until 2015. In particular, the Ministry of Internal Affairs did sometimes publish certain statistical data, although as compared to 2012-2013, complete statistical figures became available only on 27 April 2015, when a presentation was uploaded at the website of the Ministry of Internal Affair.

In 2013, registered crime increased by 4,292 as compared to 2012. However, the Ministry of Internal Affairs claimed that reason behind growth was not the aforementioned amnesty but changes in crime registration methodology. The new methodology, as clarified by the Ministry of Internal Affairs, in difference with its previous version, envisages registration of more crimes and therefore this caused a hike in registered crime rate.

Of note is that registered crime rate has started to increase since 2016, that is, after the Ministry of Internal Affairs stopped publishing monthly statistics.

As illustrated by the graph 1, there were 901 more registered crimes in 2016 as compared to the similar period of the previous year. Growth in crime rate was more substantial in 2017. In particular, 1,947 more crimes were registered in 2017 as compared to 2016 (see FactCheck’s article).

The biggest growth in registered crime rate has been notable since 2018. In particular, in accordance with the statistical data of the first 11 months of 2018, number of registered crimes increased by 58.08% as compared to the same period of the previous year and reached 53,637.

Of note is that the aforementioned figure does exceed not only the similar periods (11 months) of the previous years, but is significantly higher to the maximum number (43,028 in 2013) of crimes registered throughout a year (12 months) under the incumbent government.

If we take a look at the statistics of main types of crime, we will see that in the last period, crime against property, as well as against human life and health is on the rise. In addition, drug and transport related crime has been declining lately (see Table 1).

Table 1: Total Amount of Crimes Registered by all Investigative Bodies of Georgiain 2013-2017 Listed by Types of Crime

As illustrated by the table 1, certain types of crime did increase in 2016-2017. However, when Irakli Sesiashvili talked about concerning growth of crime, most probably he meant 2018 data per se, which is really unprecedented.

Table 2: Total Amount of Crimes Registered by all Investigative Bodies of Georgiain January-November 2013-2018 Listed by Types of Crime

FactCheck highlighted multiple times substantial growth of registered crime and suspicions, which arise by a sudden and obvious growth of crime, on the one hand, and by an evident decline in figures relating to solved crimes, on the other hand (see FactCheck’s article 1, article 2 and article 3). Of note is that these changes have become notable since the appointment of a new Minister of Internal Affairs, who opted for more transparency in regard to criminal and promised the public to report a real picture (however unpleasant) on crime rate. Of note is that in his speech before the Parliament of Georgia, Giorgi Gakharia pointed out reforms related to compilation of statistics, which could have resulted in growth of registered crime. However, the Minister also talked about serious challenges in fighting certain types of crime. 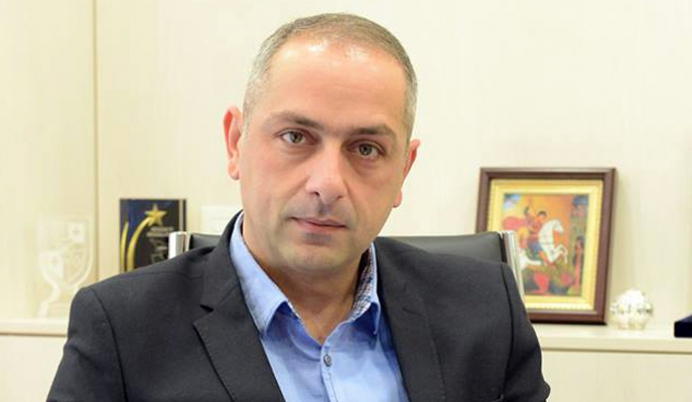