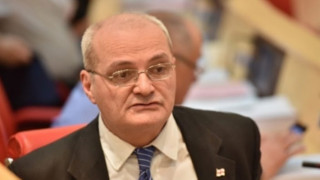 We implemented European standards and as a result, lead concentration in the air, both in Tbilisi and in other cities, is below the allowed level

Resume: One of the significant sources of lead pollution in the atmosphere is poor quality fuel for vehicles. Therefore, fuel quality control is of paramount importance for air protection. Since 1 January 2017, all of the national standard parameters for petrol quality have been adjusted to modern European norms with Georgia now using Euro 5 standard petrol. In regard to diesel fuel, its quality corresponds to the Euro 4 standard from 1 January 2019 and will be in line with the Euro 5 standard from 1 January 2020. As a result, an analysis of dozens of air samples taken in 2018 showed that the lead concentration did not exceed the allowed level in any of the samples.

Gia Gachechiladze, Chair of the Georgian Dream Greens Parliamentary Faction, stated at the plenary session of the Parliament of Georgia:“ We implemented European standards and as a result, lead concentration in Tbilisi and other cities is below the allowed level.”

Lead is a toxic metal whose widespread use has caused extensive environmental contamination and health problems in many parts of the world. This is a cumulative toxic material which affects neurological, haematological, cardiovascular and renal systems. In this regard, children are particularly vulnerable. There are different sources of lead emissions in the atmosphere. The most important are large garbage disposal areas where garbage is burned, paint and repair materials with lead content, food with lead content (food dyes) and transport. There are solid particles of lead oxides, chlorides, fluorides nitrates, sulphates, etc., in vehicle emissions. The greatest source of lead contamination in Georgia is from vehicle emissions.

In accordance with the information of the Ministry of Environmental Protection and Agriculture, a number of measures were made to protect air quality in 2017-2018. In July 2018, the Government of Georgia approved a 40 Points Programme which incorporates primary measures to cap spray emissions as one of the main sources of air pollution. In accordance with the Ministry’s information, although the aforementioned programme is mostly about improving the air quality in Tbilisi, some measures go beyond the capital and include the whole of Georgia.

As already mentioned, vehicle emissions are one of the main sources of lead pollution in the atmosphere. Therefore, fuel and fuel quality control is of paramount importance. Since 1 January 2017, all of the national standard parameters for petrol quality have been adjusted to modern European standards with Euro 5 standard petrol now being used in the country. Since 1 May 2017, the allowed sulphur levels in solid fuels as well as in gasoline and naval transport fuel have been determined. In 2017, an interactive map for industrial spray, map.emoe.gov.ge, was created where information about sources and their functions are accessible. Modern European air quality standards were implemented in 2018 and air quality assessment is now being conducted in line with modern European standards. In addition, an automatic mobile station was purchased which means that the air quality monitoring network has expanded. Apart from the aforementioned, the diesel fuel quality standard has become higher which means that diesel quality will be of the Euro 5 standard from 1 January 2020. It has already become the Euro 4 standard since 1 January 2019. In 2018, several dozen samples were collected in Tbilisi, Samegrelo-Zemo Svaneti, Shida Kartli, Mtskheta-Mtianeti, Kvemo Kartli, Imereti, Racha-Lechkhumi and Kvemo Svaneti, Guria, Samtskhe-Javakheti and Kakheti. The collected samples were sent for analysis to an internationally accredited laboratory which concluded that lead concentration is below 0.0025mg/l for each sample which does not exceed the highest allowed level of lead in fuel (0.005 g/l). 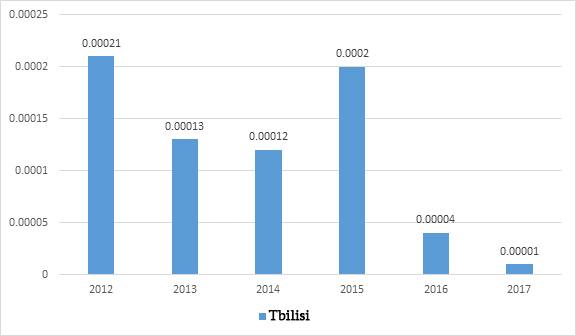 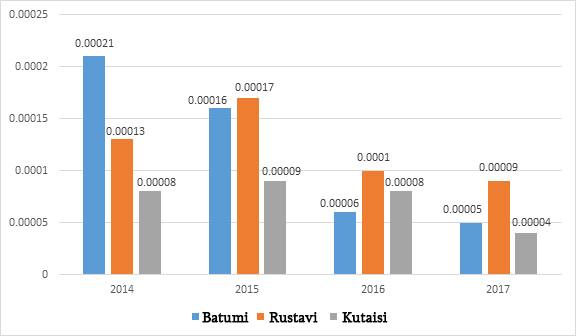 In accordance with the recommendation of the World Health Organization, it would be better to focus on the prevention and complete eradication of lead in the atmosphere even if the figures for lead concentration are in line with the norm. We should not stop fighting against lead pollution in the air. The most dangerous is airborne lead contamination (even if quantity is small) which is accumulated in blood and creates a risk factor for health.