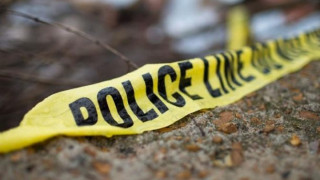 What does the Alarming Figure of Registered Crime Say about the Criminogenic Conditions in the Country?

Opinion about the Criminogenic Conditions in the Country

How alarming is such an unprecedented growth in registered crime? Do statistical data give us ground to think that the criminogenic situation has deteriorated sharply in the country?

Unfortunately, it is impossible to have comprehensive answers to these questions. This is stipulated by the following factors:

1. In the last period, the accuracy of statistical data prior to 2018 is being questioned which might render it impossible to compare 2018’s figures to those of previous years and assess whether or not the criminogenic situation has improved or deteriorated.

2. The only crime figures available are those of the Ministry of Internal Affairs which are not sufficient to assess the country’s criminogenic situation.

What is the Reason behind the Distrust towards the Statistics Published in Previous Years?

Since the very first days of the Georgian Dream’s coming to power, problems related to the compilation of crime statistics and their publication have become one of the most pressing issues. For years, the communication to the public of registered crime data depended upon the goodwill and the attitude of the Minister of Internal Affairs. Unfortunately, we also remember the Minister of Internal Affairs who was offended because of the unending criticism from the opposition and civil society and then publicly refused to publish monthly crime statistics and he has indeed kept his “promise.” In particular, after January 2016 under Giorgi Mghebrishvili’s leadership, the Ministry of Internal Affairs has not published any monthly statistics. Publication of statistics resumed only after two years following Giorgi Gakharia’s initiative.

Of note is that registered crime statistics depend upon the detection and reporting of crimes, on the one hand, and the proper registration of crimes by the respective bodies, on the other hand. Therefore, a low figure of registered crime can be caused by distrust toward law enforcement bodies which in turn reduces crime reporting and leaves a large amount of crime unregistered, including on the part of the police. Unregistered crime by the police particularly occurs in those countries where the principal measurements of police effectiveness are the “simple numbers” of registered crime and a high crime solving rate. In this case, a policeman is very motivated to avoid registering those crimes whose probability of solving is quite low. Therefore, the fact that the number of registered crime has dropped sharply since the Georgian Dream’s coming to power does not necessarily mean that crime has in fact decreased. Moreover, the crime solving figure was susceptibly high in the same period.

The opposition’s suspicions were proven to some extent as a result of Giorgi Gakharia’s statements after his assuming the Minister’s position as well as the statistical figures for 2018. In particular, the amount of registered crime has had an unprecedented growth in a short period of time whilst the crime solving figure has plummeted.

In regard to the statements of the Minister of Internal Affairs, it is true that Minister Gakharia has never acknowledged straightforwardly that incomplete or fabricated statistics were published under his predecessors. However, his statements serve as an allusion to this.

As clarified by Minister Gakharia himself, since 2018 the Ministry of Internal Affairs has rejected a policy aimed at making statistics look good and implemented a number of reforms to show the picture as close to reality as possible. These reforms included ones aimed at increasing the level of trust toward law enforcement bodies and augmenting the reporting figure which obviously resulted in a growth in registered crime. In addition, the Minister also stated that harsh control was imposed to make sure that the police provided an appropriate description and reaction to each and every case. This was introduced in order to make sure that it was not only the easily solvable crimes but all crimes that were registered.

At the present moment, we are unaware of where the problem actually dwells. In particular, is the sharp increase in registered crime the result of an improved registration practice and increased reporting or has the criminogenic situation really deteriorated since 2018? Or maybe both of these factors have had an impact to a certain extent?

Unfortunately, the Government of Georgia itself has been avoiding open discussions about the reasons behind the criminogenic situation in the country and this itself is a principal source of uncertainty. Furthermore, it appears that keeping the public in a situation of uncertainty is a kind of strategy for the authorities to be able to run away from their responsibilities.

We believe that the Ministry of Internal Affairs has made a crucially important step to restore the practice of the publication of crime statistics and acknowledge problems related to the compilation of this information. However, it is also of paramount importance to fully inform the public about the problems that existed before instead of making allusions to the contrary.

As mentioned previously, since January 2018, the Ministry of Internal Affairs resumed the publication of monthly statistics for registered crime as a gesture of goodwill. However, this document contains only simple numbers which are not sufficient to make judgments about the criminogenic situation.

In 2010, the government took an obligation to publish monthly reports on criminal statistics following the signing of a memorandum with five other bodies. The fate of this report, however, is still uncertain. Unfortunately, the Ministry of Internal Affairs data have no longer been appearing in this analytical document since January 2012.

In addition and as mentioned previously, one of the challenges of police-registered crime statistics are their incompleteness. Apart from those crimes which are reported to the police, there are frequent cases of unreported crimes. In order to assess the crime rate in the country, it is also important to study the so-called “hidden crime.”

In order to fill up the crime statistics compiled by the police and the judiciary, developed countries also use victimology research data. This information is collected by surveying citizens where a detailed study of people’s criminogenic experience is extrapolated to assess the real situation in the country.

The advantage of these types of research studies is that they enable making a crime assessment based on several parameters by analysing a victim’s experience with the police, evaluating the level of service and competence of the judiciary and carrying out monitoring of the changes in the victimisation rate and determining risk factors.

Of note is that in spring 2010, as per the initiative of the Ministry of Justice and with the financial assistance of the EU, the first national victimology research corresponding to international standards was carried out in Georgia. The research was about hidden crime, problems related to the population’s safety and the public’s attitude toward the judiciary. Unfortunately, this type of research has stopped since 2012 and has not resumed thus far.

Of further note is that the reforms implemented by the Ministry of Internal Affairs; that is, to publish and improve the registered crime statistics, are indeed commendable. However, if the true objective of the Ministry of Internal Affairs is to provide a detailed study of the criminogenic conditions and an elaboration of efficient measures to fight crime, it would be appropriate to have a greater emphasis on analysis instead of statistics.