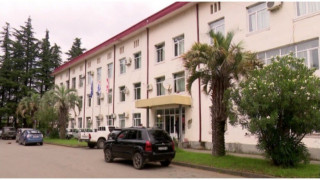 Khelvachauri City Hall initially paid GEL 119,460 to a company for incomplete work and later filed a case against that company in court

FactCheck has published multiple research studies in regard to tenders for infrastructural projects. Currently, we investigated another tender which is considered to be completed according to the information posted on the State Procurement Agency’s website.

This tender is about the construction of a borehole in Khelvachauri Municipality’s Makhvilauri village. Khelvachauri Municipality City Hall announced a GEL 153,615 tender without an auction (NAT180000712) on 16 January 2018 in order to procure the respective service. Two companies entered the competition. The lowest price was offered by the Tuski Geology Group LTD although it was disqualified by the tender commission.

FactCheck contacted the head of the aforementioned company to find out the reasons behind its disqualification. Tariel Tuskia, head of the Tuski Geology Group, stated that his company had registered the price of GEL 121,663 in the joint electronic system whilst the price figure was listed at GEL 121,666.03 in the documents submitted by the company. Mr Tuskia added that it was possible to easily rectify the GEL 0.03 difference but the tender commission did not allow this. Tariel Tuskia addressed the state procurement disputes council. At the same time, Khelvachauri City Hall also sent a letter to the disputes council and asked that it not issue a positive verdict on Mr Tuskia’s claim because his company had violated the condition as prescribed by the law. The disputes council reviewed the claim and indeed did not satisfy the Tuski Geology Group LTD’s suit.

Eventually, Khelvachauri Municipality City Hall signed a GEL 123,043.73 contract with Mariami O.B. 2006 LTD on 13 March 2018. In accordance with the contract, the company was obliged to complete the work on the construction of a borehole, a pool and a water pipeline in five months upon signature of the contract. The company requested a prolonging of the deadline three times. Although Khelvachauri City Hall warned the company multiple times not to violate the contract’s conditions and imposed a fine as well, it nonetheless prolonged the contract’s deadline every time. In turn, the company assured the City Hall that it would complete the work in spite of the imposed fine. The latest amendment to the contract was enacted by the end of October 2018. At that time, the company had already finished the work but failed to submit the inspection and requested prolonging the deadline until 31 October. Otherwise, the company would not be able to receive payment. The company’s request was granted. On 26 October 2018, the company sent a letter to Khelvachauri City Hall for the delivery of the completed work.

In accordance with the documents available to FactCheck, Khelvachauri City Hall was handed the first part of the completed work on 21 March 2018 which is proven by the respective delivery acceptance act. The City Hall concluded that the company delivered GEL 45,370 of work in the first stage. This work included the construction of the borehole, test pumping of water and washing the borehole, fundamental provisions for the borehole well and the instalment of a three-phase pump for the borehole.

The company did complete the second stage of work, albeit with a violation of the deadline. Later, it was found out that the aforementioned pump was out of order. An expert assessment was carried out by Zaiss and Company LTD (founded in April 2018). The document issued by Zaiss and Company reads that inspector Manana Beridze carried out the measurement work on site on 24 October 2018. In accordance with Ms Beridze’s assessments, GEL 119,460 in work (including VAT) had been completed which matches with the figure in the document submitted by the company. The representative of Zaiss and Company in his telephone interview with FactCheck clarified that it was not their job to inspect the quality of work and, therefore, this was not done.

On 29 October 2018, based on Zaiss and Company LTD’s assessment, the delivery acceptance act was signed and includes the work carried out by the company and the costs of this work. This list also includes information about the instalment of the three-phase pump. It turns out that in accordance with the delivery acceptance act, the aforementioned pump had been installed by 29 October 2018 (in subsequent paragraphs we clarify why this did not actually happen). The City Hall accepted the delivery of the work and transferred GEL 119,460 to the company’s account. To be more precise, the City Hall transferred GEL 11,500 less than the actual amount because this money was deducted from Mariami O.B. 2006 LTD’s payment as a fine for the violation of the deadline.

Given the fact that during the construction the land was not registered to the facility, the energy company did not issue technical conditions to connect it to the electricity network. The Head of Media and Donor Relations of Khelvachauri City Hall clarified that the pump was tested when the City Hall accepted delivery of the first stage of work; that is, on 21 March 2018. The electricity was temporarily connected to the facility in order to test the pump. FactCheck inquired with the respective services of the City Hall as to which company carried out the inspection of the first stage of work. FactCheck was told that the inspection was carried out only once prior to the signature of the acceptance delivery act. The document says that as the pump could not be left in the well in a non-functional state, the company removed and stored it. The technical conditions required for the electricity supply were issued in December 2018 when the City Hall had already accepted the delivery of the work. On 24 December 2018, the City Hall sent a letter to the supplier company requesting connecting the pump to the electricity network. The company installed the pump in December 2018 after the start of the electricity supply. At this point, the pump was found to be defective and the company promised to solve the problem as soon as possible. The respective letter reads that the company was given time to address this problem until 30 January 2019 although the company failed to respect this commitment.

Khelvachauri Municipal Council’s opposition members became aware of this problem. Later, Misha Bolkvadze made a video about the incomplete facility and uploaded it on Facebook. At the same time, Khelvachauri City Hall also decided to take respective actions against the company for the improperly carried out work. On 7 February 2019, the Mayor of Khelvachauri decreed to set up a commission which was made responsible to study the work and submit a respective assessment. On 25 February 2019, Khelvachauri City Hall also addressed the State Procurement Agency and requested a blacklisting of Mariami O.B. 2006 LTD. FactCheck found out that this company was already blacklisted on 22 January 2019 based on the request of Kobuleti City Hall. As Khelvachauri City Hall informed FactCheck, it filed a lawsuit against the company in the Khelvachauri District Court.

FactCheck also tried to find out the position of the company. However, of the three telephone numbers indicated in the documentation submitted by Mariami O.B. 2006 LTD, two are turned off and one belongs to a person who claims he has nothing to do with the company.