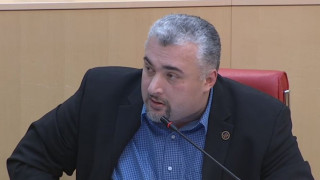 In accordance with 2017’s data, 4.1% of the atmospheric pollution is in Tbilisi and 41% is in Imereti. In the Imereti region, Chiatura and Tkibuli have the highest shares

Resume: In accordance with the National Statistics Office of Georgia’s data, the largest share of the country’s atmospheric pollution from stationary sources (fixed sources such as factories, plants, domestic households, etc.) at 41% is in the Imereti region. There are no records vis-à-vis the share of substances released from stationary sources as such in the air pollution in certain towns of the region. However, the 2017 report on the general monitoring of atmospheric air pollution indicates that Kutaisi, Zestaponi and Chiatura have the most polluted atmospheric air in Imereti. In accordance with the general indicative research on atmospheric air pollution, the concentration of substances in Tkibuli remains at a low level.

The Air Monitoring Service of the Ministry of Environmental Protection and Agriculture publishes information on air pollution retrieved from automatic stations on a daily basis. However, as the 2018 report has not yet been published, we cannot talk about the average figures of atmospheric air pollution at the national level.

Sergi Kapanadze, MP, in his speech at the plenary session of the Parliament of Georgia stated: “In accordance with 2017’s data, 4.1% of the atmospheric pollution is in Tbilisi and 41% is in Imereti. Of the Imereti region, Chiatura and Tkibuli have the highest shares.”

In accordance with the National Statistics Office of Georgia’s data, the largest share of the country’s atmospheric pollution from stationary sources (factories, domestic households, etc.) at 41% is in the Imereti region. It was followed by Kvemo Kartli with 25.4%, Shida Kartli with 15.3% and Tbilisi with 4.1% with the remaining 14.2% of atmospheric pollution in other regions.

In order to ascertain the share of atmospheric air pollution from stationary sources in the towns of the Imereti region, FactCheck addressed the Ministry of Environmental Protection and Agriculture. The Ministry replied that information about the release of harmful substances from each stationary source of pollution is gathered every year. However, the release of harmful substances from other sources of atmospheric air pollution (transport, energy, agriculture, waste sectors, domestic households, etc.) is only recorded at the national level. This is because statistical information is only compiled at the national level. Therefore, the share of stationary sources in air pollution in the Imereti region’s cities remains unspecified and is subject of a separate research study. FactCheck contacted Sergi Kapanadze, author of the statement himself, and asked about the data in regard to the share of stationary sources in atmospheric air pollution in the towns of the Imereti region. However, Mr Kapanadze could not give a relevant source.

Of importance is that air pollution is considered a trigger of such diseases such as cancer and heart and respiratory diseases (for instance, asthma). A high concentration of particulate matter in the air as registered in Kutaisi and Zestaponi is particularly hazardous for patients with chronic lung and heart ailments. Multiple scientific studies have demonstrated that a high concentration of particulate matter in the atmospheric air might cause early deaths of patients with chronic cardiovascular and lung diseases, heart attacks, irregular heartbeat, asthma, deterioration of lung function and the exacerbation of airway inflammation, coughing and other breathing problems. Manganese dioxide, whose concentration in the air is 1.5 times higher than the allowed amount in Zestaponi, might cause diseases of the central nervous system, pneumonia, severe headaches, speech problems, bronchitis, hallucinations and behavioural disorders. The concentration of manganese and a variety of chemical substances which contain manganese is higher in those regional towns with manganese or steel industries. In these towns where the concentration of carbon dioxide (there is a high concentration of carbon dioxide in Kutaisi) is higher than the allowed amount, people experience breathing difficulties. A high level of carbon monoxide in the air might trigger the rise of other harmful substances as well. A high concentration of nitrogen monoxide in the air, as in the case of Chiatura, makes lung function difficult and increases the risk of such respiratory diseases such as bronchitis and phlegmon. In this case, children are in a high-risk group.

[1] The measurement of atmospheric air pollution by automatic stations shows the pollutant concentration index hourly which increases the accuracy of the indicator.

[2] In the case of indicative measurements, pipes are installed at a pre-selected location for a certain period of time (in this case, two weeks) which absorb air physically (by diffusion). These pipes are important samples for the analysis of atmospheric air quality. Samples are collected manually and afterwards they are subjected to laboratory analysis. The assessment of concentration results is carried out in line with the system harmonized with EU atmospheric air quality indices. In accordance with this system, there are ten levels of pollution for each pollutant (1-3 is a low index, 4-6 is an average index, 7-9 is a high index and 10 is a very high index).